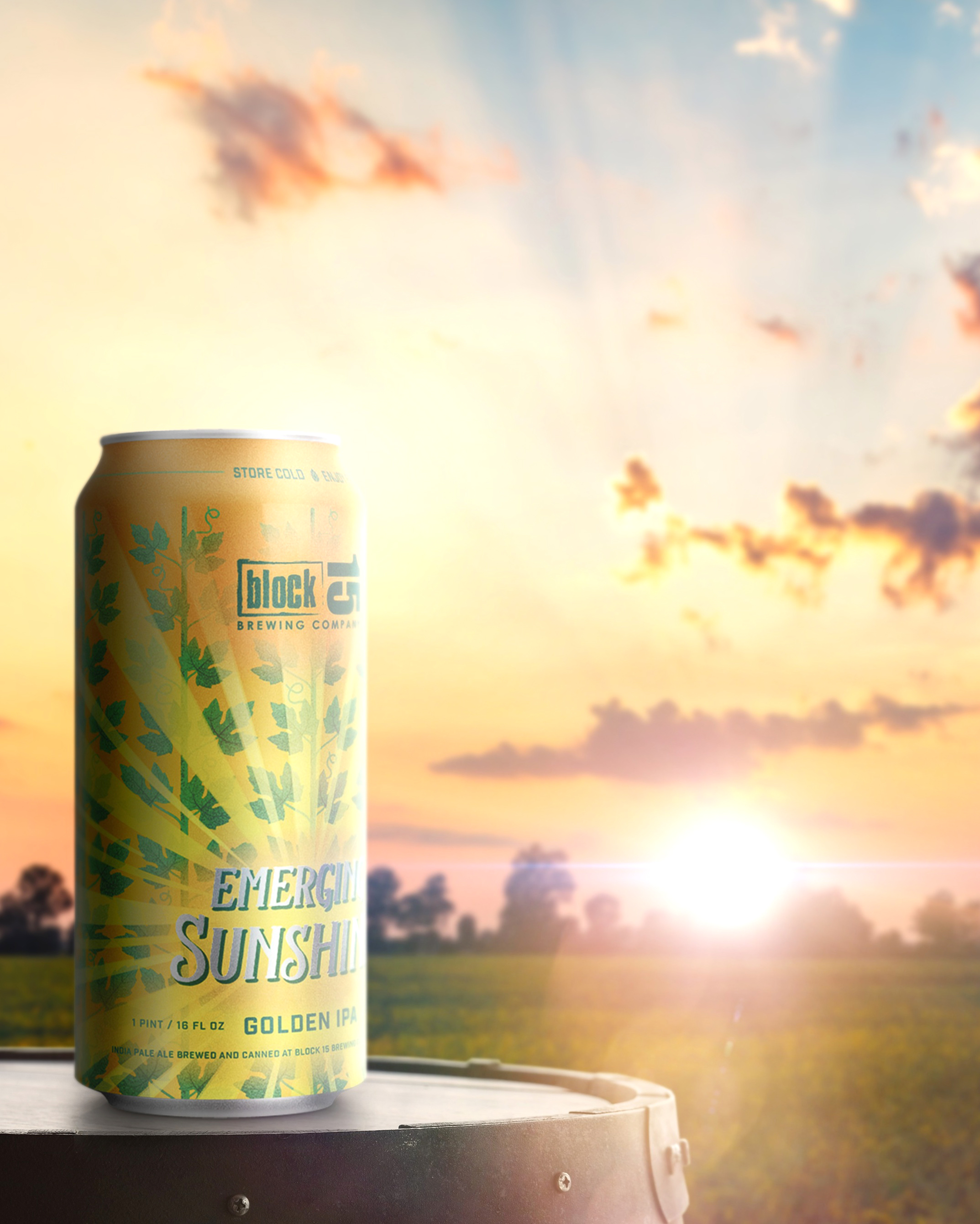 Emerging Sunshine is a golden IPA that’s inspired by budding hops and spring sunshine chasing away the winter haze. This new beer release will be brewed often and canned fresh throughout the spring season. 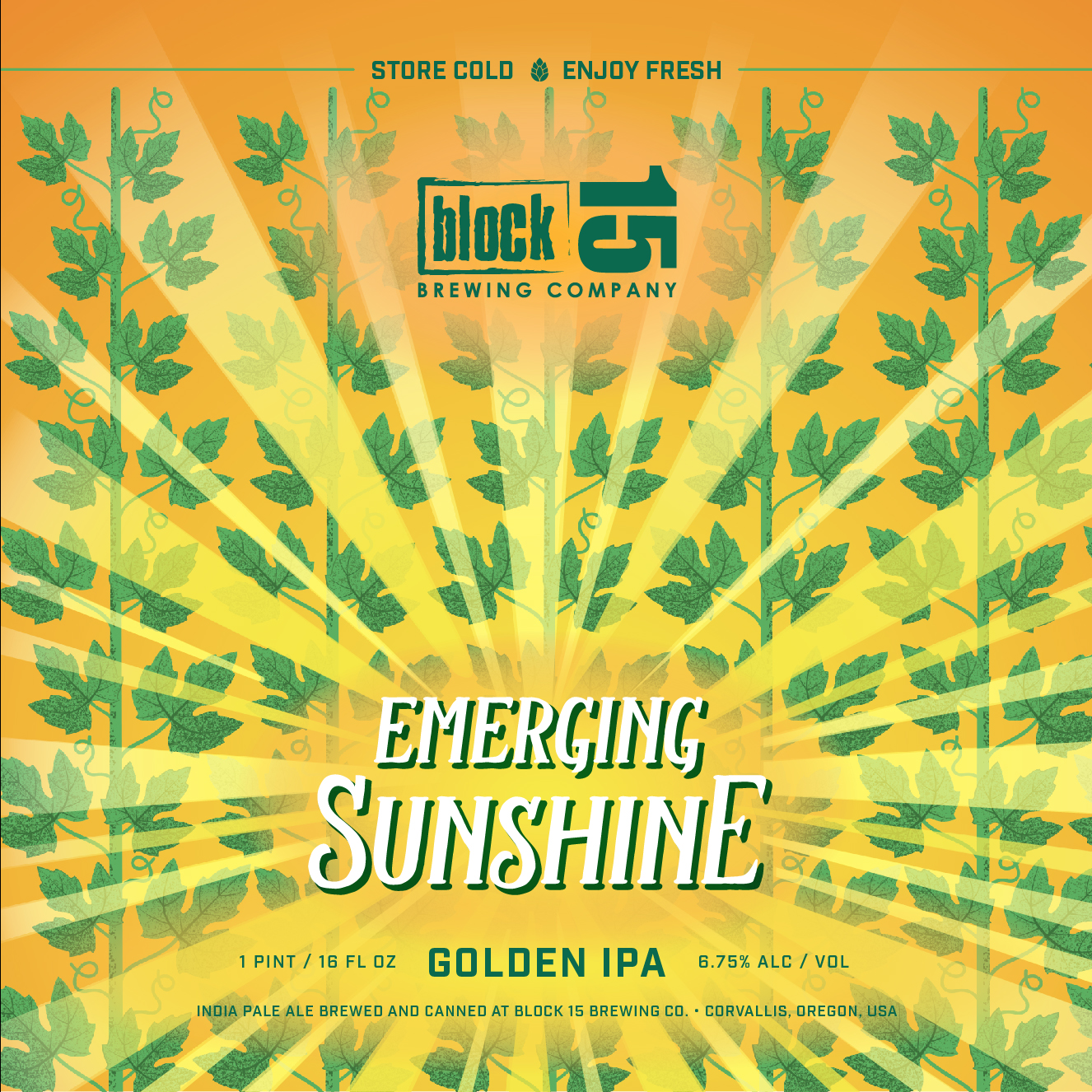 Emerging Sunshine will be released at Block 15 Brewery and Tap Room on Friday, March 1st, with distribution around Oregon and Washington beginning Monday, March 4th. Look for Emerging Sunshine on tap and in cans at the finest bottle shops, beer bars, and markets around the Pacific Northwest from March through May.