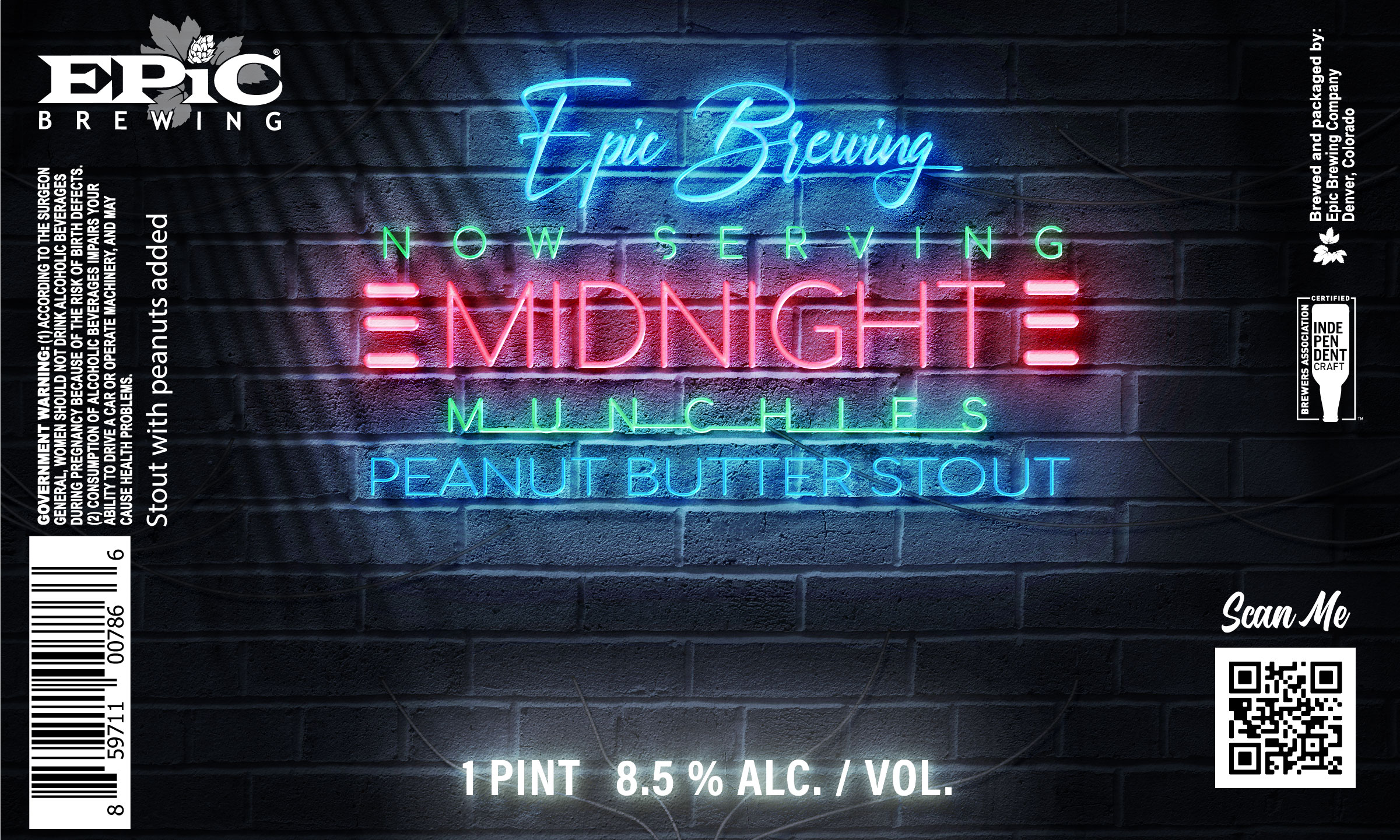 Salt Lake City, UT: Known for big stouts that aren’t particularly crushable, we present to you a kushable one. This sticky icky peanut butter stout prefers to be sipped twice and then passed to the left because it possesses the otherworldly ability to cure your cotton mouth and munchies with one swig. This beer was born just about at midnight on a cold, fall evening after we’d just finished up brewing the last batch of our 2020 Big Bad Baptist variants. The whole crew was sitting around a table, chowing down on goodies, dipping their fingers in a big ol’ tub of peanut butter, and washing it all down with gigantic gulps of our Imperial Stout. Before we knew it, we polished off a Costco sized jar of peanut butter and a keg of Imperial. Okay, maybe that story isn’t true, but what is true is that we wanted to experience the rich flavors of peanut butter in combination with the roastiness of imperial stout. So, without further ado, Epic Brewing welcomes the first of its 2021 rotating 16oz can series, Midnight Munchies Peanut Butter Stout.

“I’m drinking this beer on long winter nights after skiing or hiking,” said Ryan Kluh, Regional Sales manager, when asked and when and where he looks forward to enjoying this stout, “And I can’t wait to warm up with Midnight Munchies whenever it’s cold.” This beer pairs spectacularly with cold weather and open pit fires due to its robust ingredients and rich texture. We really intended on creating much more than a just beer for chasing away the munchies. When asked about the flavor profile of this beer, Head of Brewing Operations Jordan Schupbach chimed in saying “The roasted and chocolate flavors from the dark malts in the imperial stout play really well with peanuts. It’s obvious peanut butter cup territory.”

Not to be feared by arachibutyrophobics everywhere, this Peanut Butter Stout distances itself from its jar enclosed counterpart. The thick and rich peanut butter is stabilized by the smooth bitterness brought on by the dark 2-Row, Crystal, and Marris Otter malts, creating an exquisite equilibrium with a viscous mouth feel followed up by a smooth and sweet aftertaste. This is best at furnishing the perfect late-night escapade from reality in the form of a convenient pint size can.

Midnight Munchies Peanut Butter Stout will be available in 16oz cans at Epic Brewing locations in Utah and Colorado as well as select markets starting January 5th. Rather than gorge yourself in potato chips the next time you feel the urge for a snack, crack open a cold can of Midnight Munchies. Check out the new scannable QR code on the label. A unique code will be featured on each of this year’s rotating 16 oz cans.