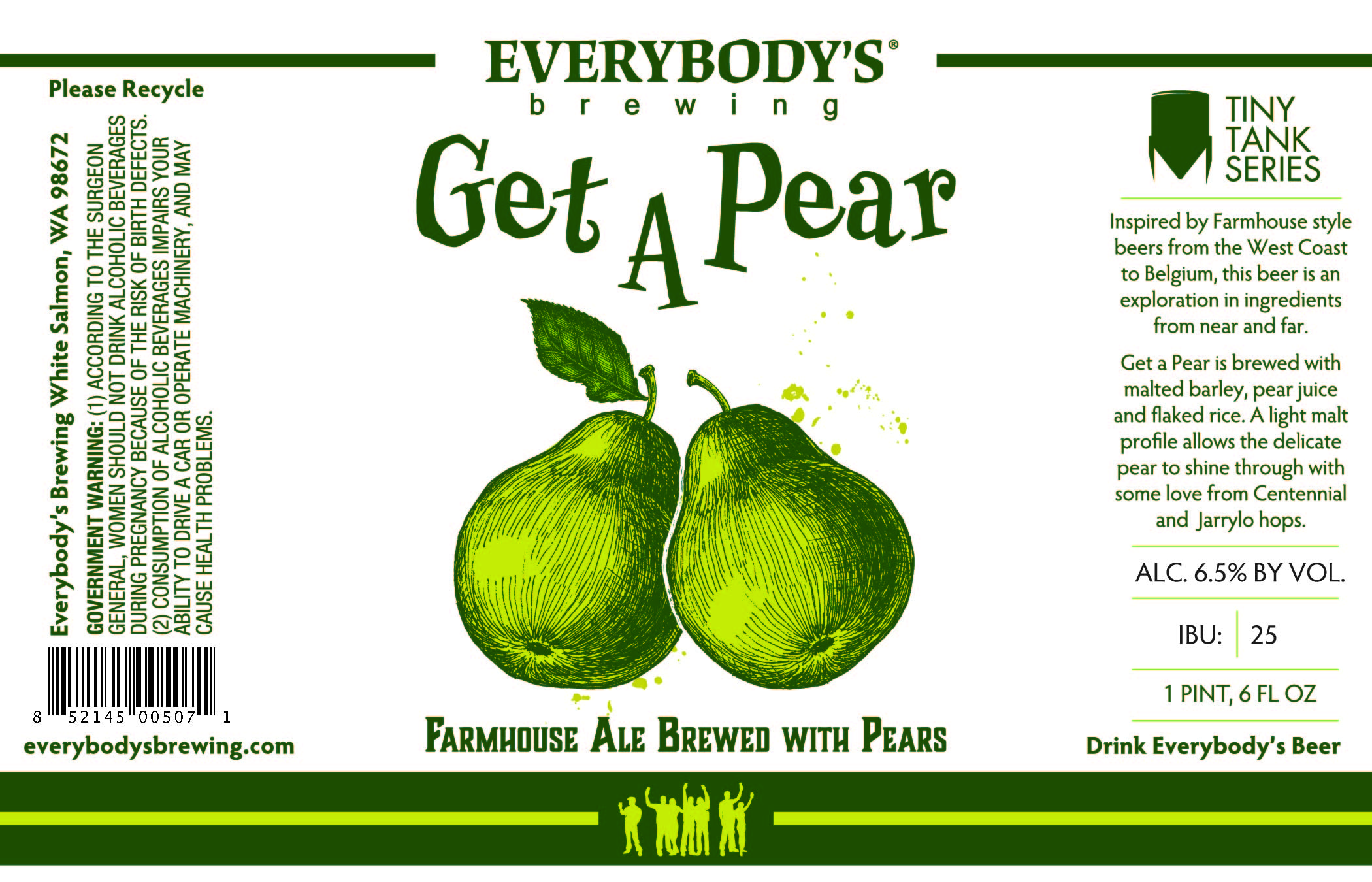 Out in the Columbia River Gorge, Everybody’s Brewing has announced its new 2017 spring lineup of seasonal releases. Currently hitting shelves and taps is its new Get A Pear Farmhouse Ale, a beer brewed with pear juice. Then in the next few weeks the White Salmon based brewery will release three draft only offerings; Plymouth Hop, German-Style Pilsner and a Berliner Weisse.

Here is what the brewery has to say about Get A Pear…
The beer was fermented with a never before used Belgian Saison yeast strain from Imperial Organic Yeast, and used a grain bill that was made up of 25% flaked rice. Jarrlo and Centennial hops are featured, and near the very end of fermentation, organic pear juice was added to the tanks. Their goal was to brew a clean, light bodied farmhouse ale, and really let the flavors of the pear juice and the yeast strain shine. (6.5% ABV 25 IBUs)

“The yeast strain has some very unique flavors, and they really come through on this beer. You get some nice floral aromas, and definitely some vanilla and clove notes from the yeast,” stated Jess Caudill, Co-Head Brewer at Everybody’s Brewing, in a release. “I’ve always wanted to brew a beer with pear juice, and it gives just enough flavor, but without much sweetness. It’s a clean, Saison inspired farmhouse, with a pear twist. We are really happy with this one.” 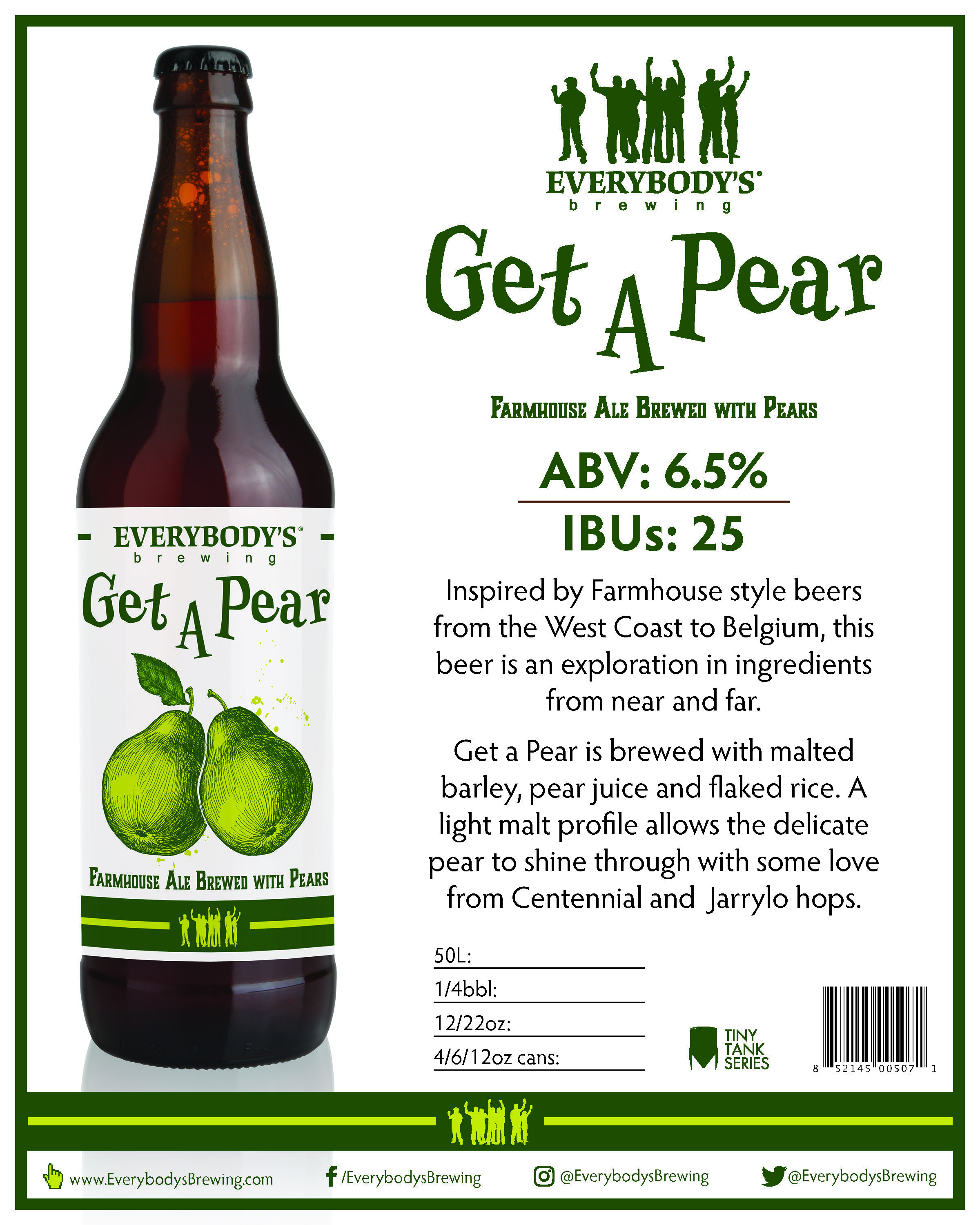 Then in the coming weeks Everybody’s Brewing will release three new seasonal draft only offerings. Plymouth Hop is a New England Style IPA featuring Galaxy and Azzaca hops. German-Style Pilsner, which has been in tanks for over a month now is described as being very quaffable. And for those looking for something a bit tart, the brewery has added a Berliner Weisse to its spring lineup. “We are really excited about what we have coming out this spring”, stated Caudill in a release. “We have creative brewers here, and it’s been great watching them put their heads together to come up with new recipes.”