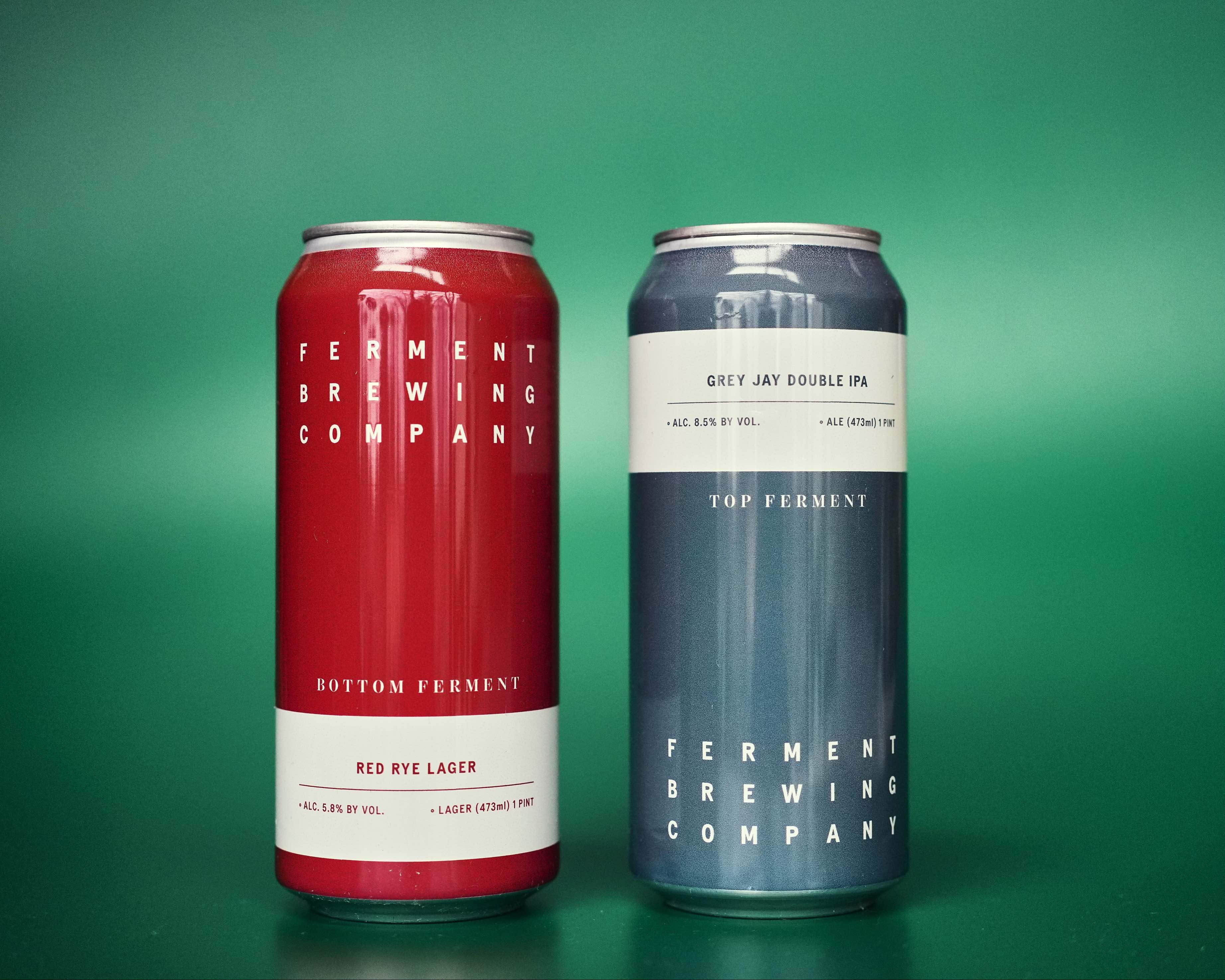 Dec. 21, 2022 — Today Ferment Brewing announced the release of two new beers to signal the end of the year — Red Rye Lager and Grey Jay Double IPA. The beers are part of the brewery’s Top & Bottom series, which sees the simultaneous release of a top fermenting ale and a bottom fermenting lager in limited 16oz 4-pack cans.

Both beers are available on draft and in package throughout Ferment’s distribution footprint in Oregon and Washington. At Ferment Brewing in Hood River, the beers join the new Crystal Kingdom on tap — a single malt, single hop IPA that squarely focuses on the depth of the under-hyped Crystal hop — and can be enjoyed by the pint in heated, dog-friendly yurts on Ferment’s patio overlooking the scenic Columbia River.

Ferment Brewing Co. opened in 2018 as a 20-barrel brewery and tasting room in Hood River, Oregon. Born out of an appreciation for the art of fermentation, the company prides itself in providing a modern brewery and tasting room experience that fuses traditional farmhouse techniques with a forward-thinking scientific approach. Ferment offers a unique family of beers that tap the wild terrain of the Columbia River Gorge for inspiration. Learn more at fermentbrewing.com.