With the Firestone Walker Invitational Beer Fest only 10 days away, the Paso Robles, California brewery has officially announced this year’s festival collaboration beer. For the 2019 FWIBF, Firestone Walker Brewing has collaborated with Cigar City Brewing on Los Leñadores, an imperial brown ale aged in high rye bourbon barrels and infused with African and Brazilian hardwood spirals.

“Wayne always has these crazy new ideas and ingredients for barrel-aged beers,” Brynildson said in a statement. “I had this Brazilian hardwood I was excited about, and he had one from Africa. The more we talked, the more we had to do it.”

For those attending this year’s FWIBF, the festival’s moble app has been updated with the beer list. The list is also posted at the end of this article. Happy hunting!

The featured hardwoods are African Padauk and Brazilian Amburana. The Padauk provides notes of waffle cone and chocolate to the beer, while the Amburana layers in accents of cinnamon spice and vanilla.

The hardwood spirals were sourced and created specifically for Los Leñadores by Richard Hobbs of The Barrel Mill in Avon, Minnesota. “It’s one thing to be stoked on these exotic woods, it’s another to get your hands on them,” Brynildson said. “Richard was a huge help in making this beer happen.”

The base imperial brown ale was aged for nearly 12 months in high rye bourbon barrels acquired from Four Roses. An initial twist was the inclusion of Proximity malt in tandem with Simpson Golden Promise malt and Simpson Golden Naked oats. “The Proximity gives you these unique malt flavors not found in other kilned malts,” Brynildson said. “The flavor is like a combination of brown malt and biscuit malt.”

The hardwood spirals were introduced at the end of the aging cycle. “We kept the contact time pretty short, because the influence of these woods is pretty quick and intense,” Brynildson said.

The final result is a barrel-aged drinking experience like no other—which is exactly what Brynildson expected from this collaboration.

“I’ve known Wayne for a decade now and have been a huge fan of the Cigar City beers since the beginning,” he said. “My mom lived outside of Tampa in the early Cigar City years and I would have her pick up beer for me and bring it out to California so that I could keep up with Wayne’s work. I feel that this collaboration is well overdue since Cigar City has participated in the Invitational from the beginning. Wayne has such a creative mind for unique flavor combinations and we both have a love for exploring new ways to incorporate wood into beer. I’m super proud of what we put together with Los Leñadores.” 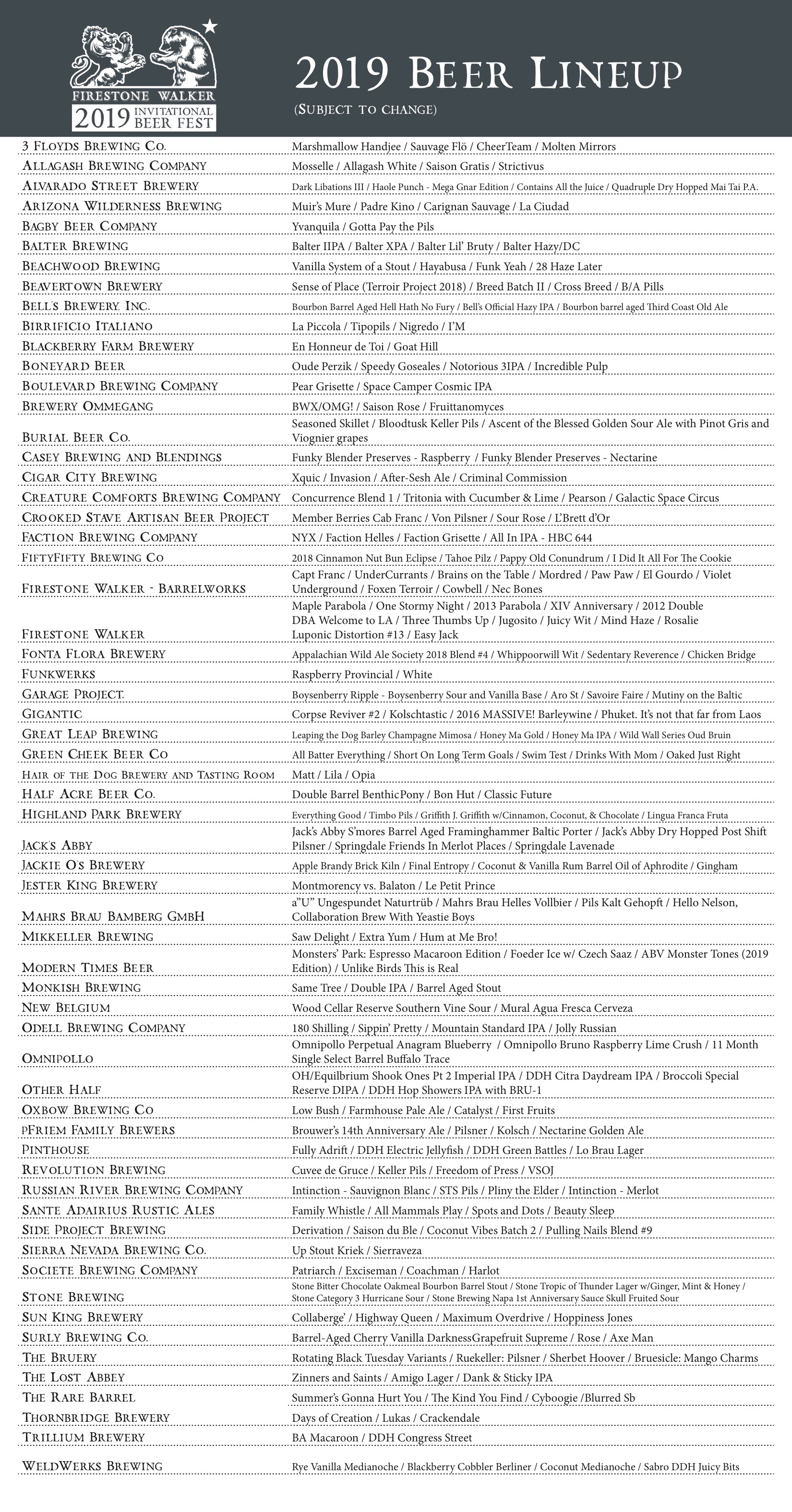