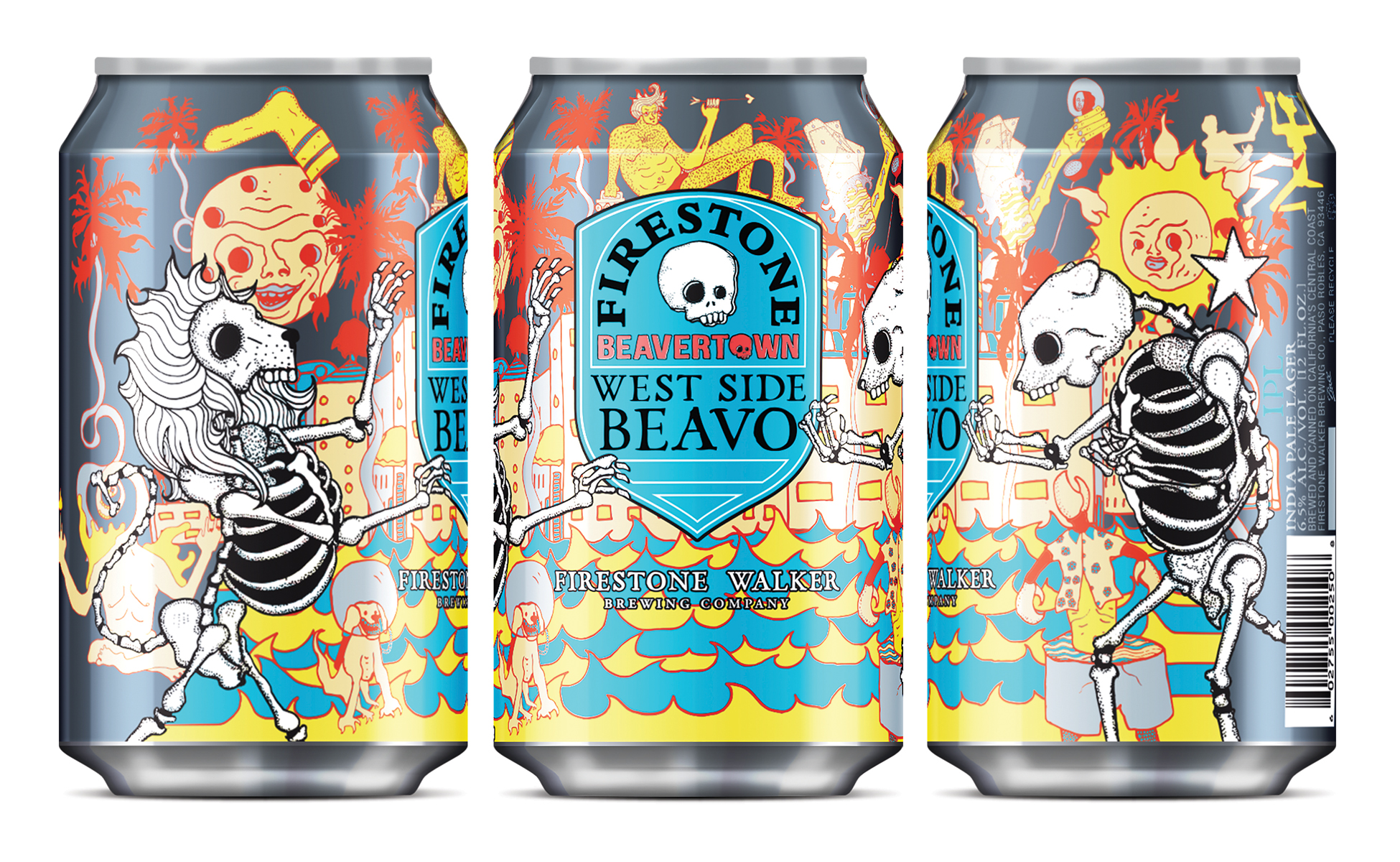 One of the best beer festivals in the United States takes place each year on the weekend after Memorial Day. When offered the chance to attend the Firestone Walker Invitational Beer Fest (FWIBF) you never want to turn down this opportunity. This is a festival where some of the best known breweries are invited by Matt Brynildson to attend and pour some of its best beers in Paso Robles, California.

Over the past few years Firestone Walker Brewing has collaborated with a different brewery each year for a FWIBF beer. One year it was 3 Floyds, another was Birrificio Italiano, and last year was Russian River Brewing. For 2017 Firestone Walker’s Matt Brynildson reached out to Logan Plant of Beavertown Brewery from London, England to collaborate on the year’s FWIBF beer, West Side Beavo. This beer is described as a cross-continental mashup of like minded breweries on this unique India Pale Lager (IPL).

West Side Beavo is a one-off collaboration by brewmasters Logan Plant and Matt Brynildson, inspired by a friendship forged at the Firestone Walker Invitational Beer Fest. “Logan has been to the fest several times, and we’ve been talking about doing a collaboration for a few years now,” said Brynildson, Firestone Walker’s brewmaster. “We’ve both been itching to do our own IPLs, so we thought it would be a perfect style to explore together.”

West Side Beavo will be unveiled at the next Firestone Walker Invitational Beer Fest on June 3in Paso Robles. A limited release in both draft and packaged (cans) formats will follow shortly thereafter in Firestone Walker’s U.S. markets, as well as in Beavertown’s homeland of the United Kingdom.

Bad to The Bone
West Side Beavo was fittingly brewed with hops from the Pacific Northwest and the United Kingdom, most notably Jester.

“Jester is the newest flavor-forward hop from the U.K.,” Brynildson said. “It gives the beer a hint of lychee fruit with a familiar English earthy, herbal element. The American hops are more new-age in style, bringing a more tropical, citrusy character to the beer.”

The result is an IPL, a beer that speaks to both breweries’ penchant for brewing hoppy beers with complexity and balance. The alcohol is 6.5 percent. 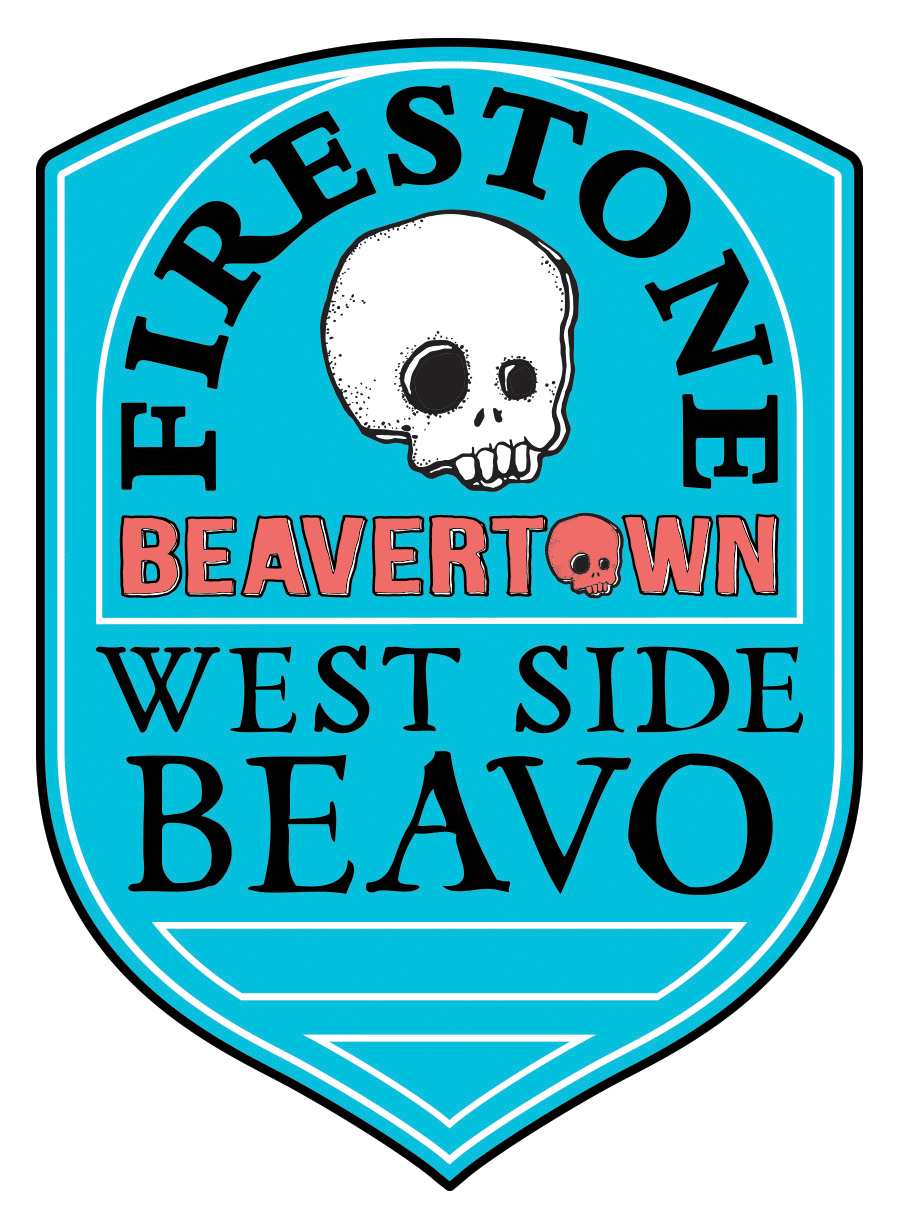 From London to Venice
The first test batch of West Side Beavo was brewed earlier this year by Plant, Brynildson and brewer Ben Maushardt at Firestone Walker’s Propagator R&D brewhouse in Venice, California. From there, the final recipe was developed and the beer was brewed at the main brewery in Paso Robles.
The name “Beavo” is a nod to both Beavertown and Firestone Walker’s Pivo pilsner, a hoppy beer in the lager family. The can artwork was also a collaboration between both breweries, with Firestone Walker’s Lion and Bear icons rendered in Beavertown’s signature skeletonized style. Said Plant, “Our creative director Nick Dwyer drew his inspiration from the unique beauty and characters that make up the intrinsic fabric of Venice Beach, Los Angeles—the West Side.”

“As a young English brewer, I gaze across the pond to the vibrant U.S. craft beer scene and am inspired by their excellence in beer production and community,” Plant added. “Matt is a huge inspiration and a great friend. It’s been an honor to hang out and brew with him and the Firestone Walker crew.”

Said Brynildson, “I have mad respect for Logan and what he has done with Beavertown. He’s also one of the nicest guys I know, so it’s been a pleasure to collaborate with him.”