One year in on its 90 day rotating IPA series, Firestone Walker Brewing has released Luponic Distortion Revolution No. 005. As with its four previous Luponic releases, Firestone Walker finds a unique, private blend of hops to make a one time IPA that is designed to drink fresh.

Just as with its four previous releases in its Luponic series, each of the releases uses the same base beer but mixes things up by using various hop blends that showcases new experimental hops that keeps hop fiends returning. Luponic Distortion Revolution No. 005 uses five hops all grown by an “emerging American cultivator” from Moxee Valley, outside of Yakima, Washington. 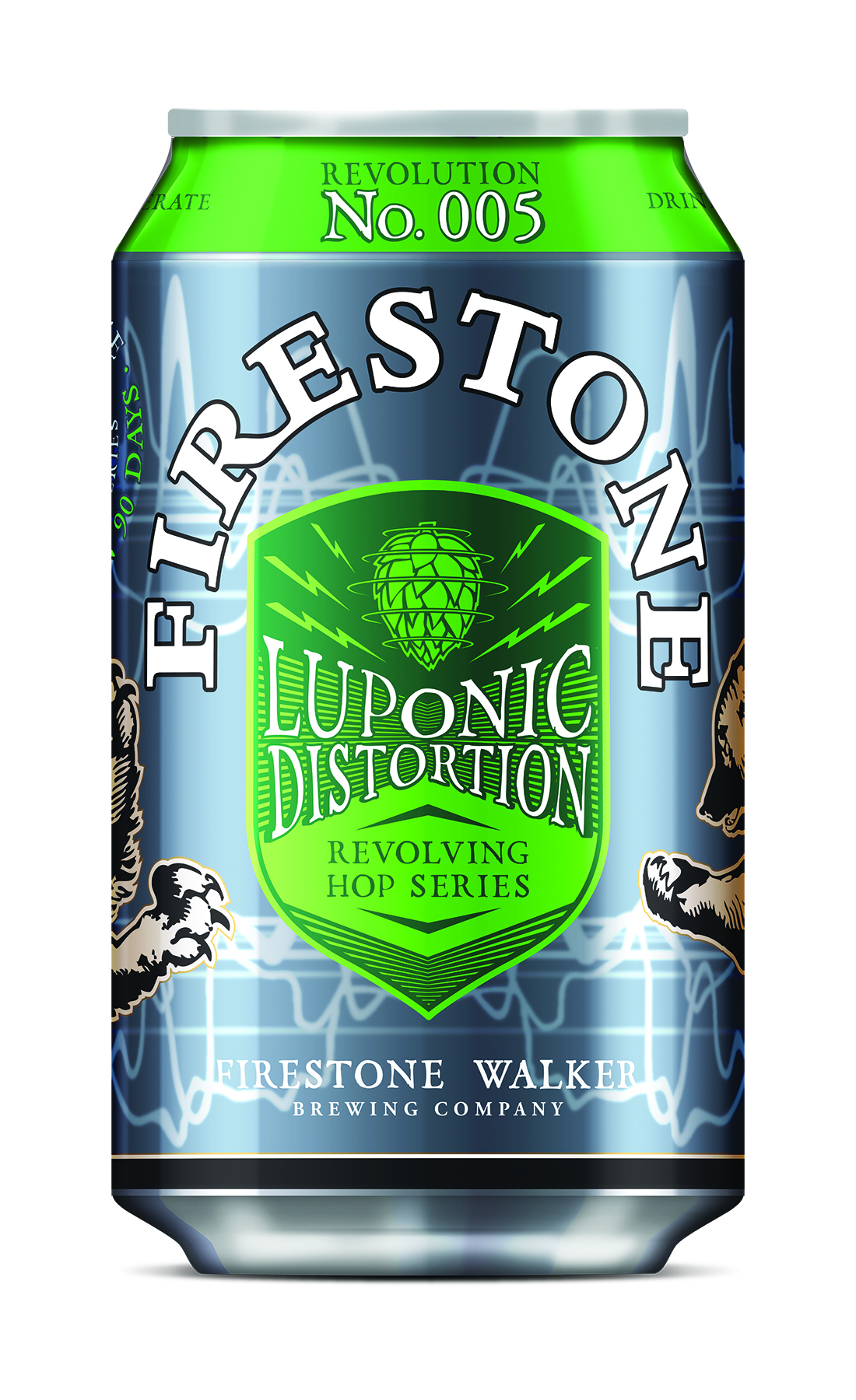 “Revolution No. 005 hearkens back to some of the earlier revolutions with its assertive tropical fruit character, yet it also has its own unique signature,” said Matt Brynildson, Firestone Walker Brewmaster, in a statement. “We threw folks a bit of a curveball with the more restrained style of Revolution No. 004, and now we’re changing it up again with this new blend that will have hop heads rejoicing.”

Keeping with tradition, Firestone Walker keeps its hop blends of its Luponic series a secret. Luponic Distortion Revolution No. 005 is described as being driven by a blend of four American hops with an assist from one German hop. The majority of the blend is led by a newer cultivar from the Yakima region that Brynildson has been anxious to work with for more than a year.

“One of the first things I did when we launched Luponic Distortion was to put the wheels in motion to get this hop contracted for a future revolution,” Brynildson said in a statement. “It is loaded with tropical qualities like mango, pineapple and guava, with less of that classic American grapefruit character. It’s really fresh and interesting, and it’s a fitting hop for changing things up again.”