The latest Luponic Distortion is described as a globetrotting blend of eight hop varieties from Germany, Australia, New Zealand and the Pacific Northwest. No. 008 will be available through February 2018. This is when No. 009 will be released. Until then here are additional details form the Firestone Walker press release…

“As we approach the two-year anniversary for Luponic Distortion, we were inspired to revisit some of our favorite hops and create a revolution that delivers the best of all worlds,” said Brewmaster Matt Brynildson.

Luponic Distortion Revolution No. 008 is now shipping to all Firestone Walker markets.

Luponic Distortion is not a single beer, but rather an ongoing series of beers that revolves approximately every 90 days. While the base beer always remains the same, each revolution features a different hop blend built around experimental hops, designed to showcase the growing possibilities of pure hop aromas and flavors. 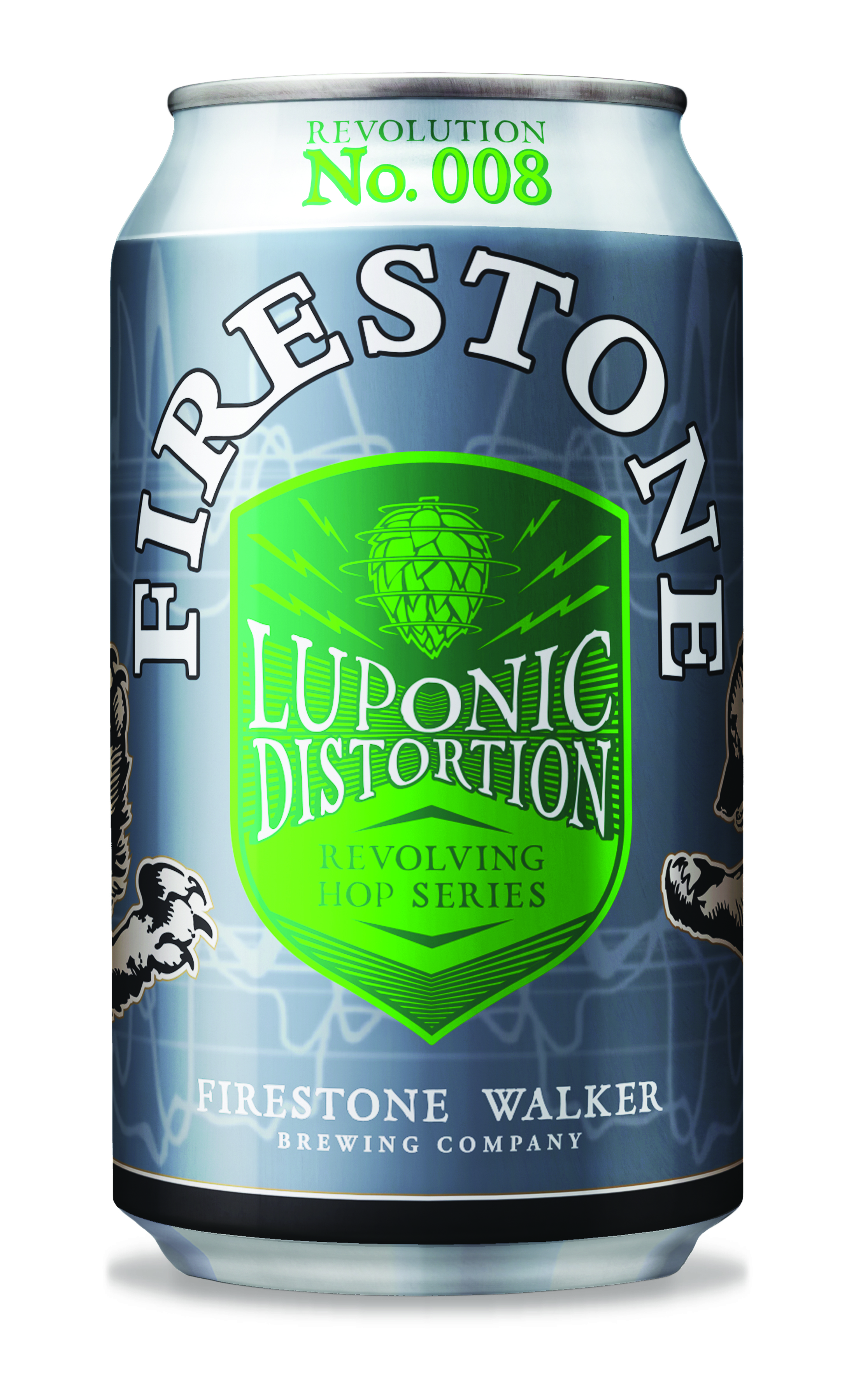 Around The World
The lead hops of Revolution No. 008 include a punchy, citrusy variety from Washington state’s Moxee Valley; a hop from Hallertau that delivers honeydew and cantaloupe aromas; and a variety from New Zealand that contributes racy tropical fruit notes.

“We always push certain hops to the forefront of the blend and allow them to play lead guitar, so to speak,” Brynildson said. “These hops really mesh well together to create a beautiful hop-forward beer that has balance and complexity.”