Paso Robles, CA: Firestone Walker is going back to the future with Rosalie, a one-of-a-kind brew co-fermented with local Paso Robles wine grapes to create a uniquely refreshing beer rosé.

“We wanted to create a super-drinkable beer that captures the best qualities of a rosé wine, but at less than half the ABV (5%),” said Brewmaster Matt Brynildson. “The result is what we are calling the rosé lover’s beer.”

Rosalie begins rolling out to all Firestone Walker markets starting this week in six-pack can formats, with draft to follow in April. Rosalie is a year-round release.

“The Chardonnay provides these crowd-pleasing textures and flavors,” Brynildson said. “But we also wanted to weave in the other grape varieties to lift the aromas and add complexity.”

After the grapes were pressed, the juice was delivered to the brewery and ready for co-fermentation. Rosalie then required intensive brewing experimentation to achieve the perfect balance of flavor, acidity, dryness and shelf stability.

“There are a lot of extra moving parts to brewing a scalable, shelf-stable beer that is co-fermented with wine grape juice,” Brynildson said. “We had to go out on a limb and find a way to make something entirely new to us.”

In the end, four separate R&D batches were brewed at Firestone Walker’s Propagator pilot brewhouse and the main brewery before the brewing team was ready to roll on the finished recipe, which includes hibiscus flowers in the whirlpool to create the beer’s brilliant rosé color.

The artwork of Rosalie honors the heritage of California as a winegrowing frontier, along with the brickwork of the historic Paso Robles Inn, a hometown landmark. It also evokes the classic scales of justice, depicting the beer’s balance of grape and grain. The artwork was hand-sketched and built out by the brewery’s in-house creative team. 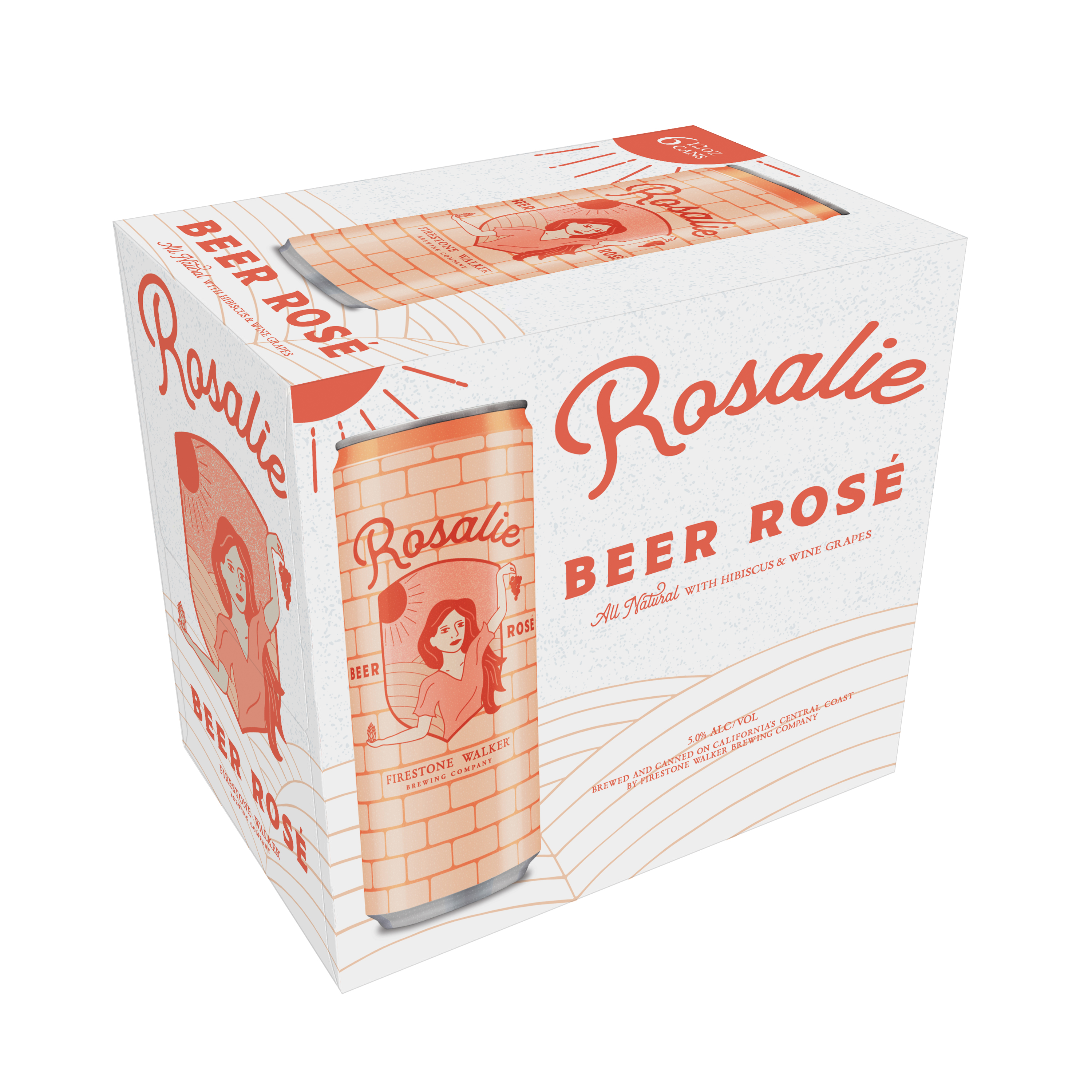 Back to The Future
Firestone Walker Brewing Company was established in 1996 on the back-forty of the Firestone family vineyard on California’s Central Coast. The first beers were fermented in barrels inherited from the family winery.

Ever since, wine has never been far from the Firestone Walker experience. Every late summer, local winemaker friends come to the brewery to help blend the brewery’s annual Anniversary Ale, and several wine-beer hybrids have been created at Barrelworks, Firestone Walker’s wild ale facility.

Now, with Rosalie, the brewery’s winemaking heritage comes full circle. It is an homage to where Firestone Walker comes from—and an exploration of where beer can go.

“Our roots are deep in the wine culture,” said Proprietor David Walker. “If any brewer can actually take wine and beer and bring them together, it’s us.”