Its Lucky 13 as Firestone Walker Brewing releases Luponic Distortion IPA No. 13, the latest release in the Rotating IPA Series. On the 13th installment of the this three year old beer series, Firestone Walker uses some experimental hops grown by the Hop Breeding Company just for the Paso Robles based brewer.

Luponic Distortion IPA No. 13 begins shipping to all of the brewery’s markets this week.

The story of Luponic Distortion No. 13 began three years ago when Brewmaster Matt Brynildson secured an exclusive deal to plant three acres to a new experimental hop cultivar. This hop is now being used for the first time ever to drive No. 13 with its pronounced tropical fruit and coconut character.

“It was worth the wait for this hop to come on line,” Brynildson said. “The tropical aspect of this hop is really crazy. It adds a distinctive dimension to the aroma profile of the beer.” 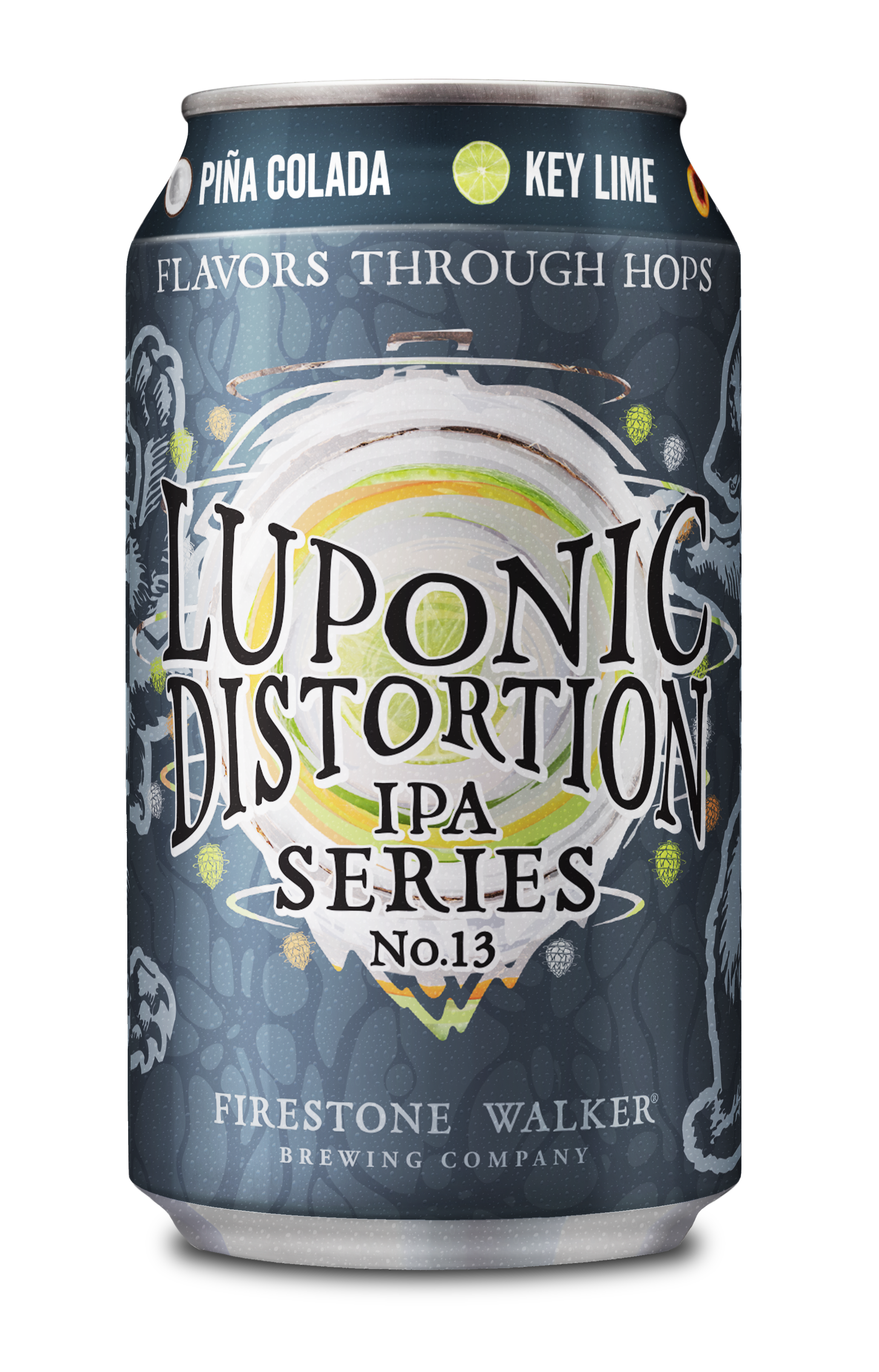 Luponic Distortion is not a single beer, but rather an ongoing series of beers that rotate every 120 days. While the base beer always remains the same, each release features a different hop blend built around new and experimental hops, designed to showcase the growing possibilities of pure hop aromas and flavors without any assist from fruit or other adjuncts.

Luponic Distortion No. 13 begins shipping to all Firestone Walker markets starting this week.

The lead hop in Luponic Distortion was developed by Hop Breeding Company (HBC) and introduced to Firestone Walker by HBC breeders Jason Perrault and Michael Ferguson.

“Jason has helped create some of the most exciting hops to come out in recent years,” Brynildson said. “We were out on his farm, walking the test fields and rubbing hops, and this one cross really stood out to us. He asked if we wanted to sponsor a test planting, and we jumped at the opportunity.”

After a handshake, Ferguson planted three acres to the new hop in a test plot specifically allocated to Firestone Walker. Fast forward to the 2018 hop harvest, which yielded the test plot’s first crop.

“It was a great year for Northwest hops, which just added to my excitement,” Brynildson said. “The fruit aromas and flavors were just really popping, and that’s now translating to Luponic Distortion No. 13. It’s everything people have come to expect from this series.”