A follow up to Mind Haze from Firestone Walker Brewing is now beginning to hit the marketplace. Two years after first releasing its popular Hazy IPA, the Paso Robles brewer is back at it as it doubles down on the new Double Mind Haze. This new bolder Hazy IPA is said to be the brewery’s juiciest, fruitiest and haziest IPA ever.

“Double Mind Haze is a carefully crafted next step in our long and rewarding journey through the hop world and IPA brewing,” said Brewmaster Matt Brynildson, in a statement. “It’s a platform for extreme flavor, making it fun for both the brewer and the beer drinker.”

Massive Flavor Machine
Double Mind Haze is the first extension of Firestone Walker’s bestselling Mind Haze hazy IPA, which was launched in 2019. While similar to the original in malt profile and yeast selection, Double Mind Haze comes with its own unique dry hopping regimen and high-gravity character with an ABV of 8.3 percent.

“For me, the amazing thing is the mouthfeel and flavors that come with the increased gravity and ABV of Double Mind Haze,” Brynildson said. “When done correctly, double hazy IPAs transform into massive flavor machines with a creamy mouthfeel and saturated, mind-bending hop flavors. I believe strongly that the synergy between the yeast and the hops becomes most apparent in a beer like Double Mind Haze, and when you hit the right chord, it just explodes with juicy hop flavors.”

The result is a beer supercharged with tropical fruit aromas and juicy flavors of pineapple, melon and mango, all finishing with hints of coconut on a soft, pillowy finish. 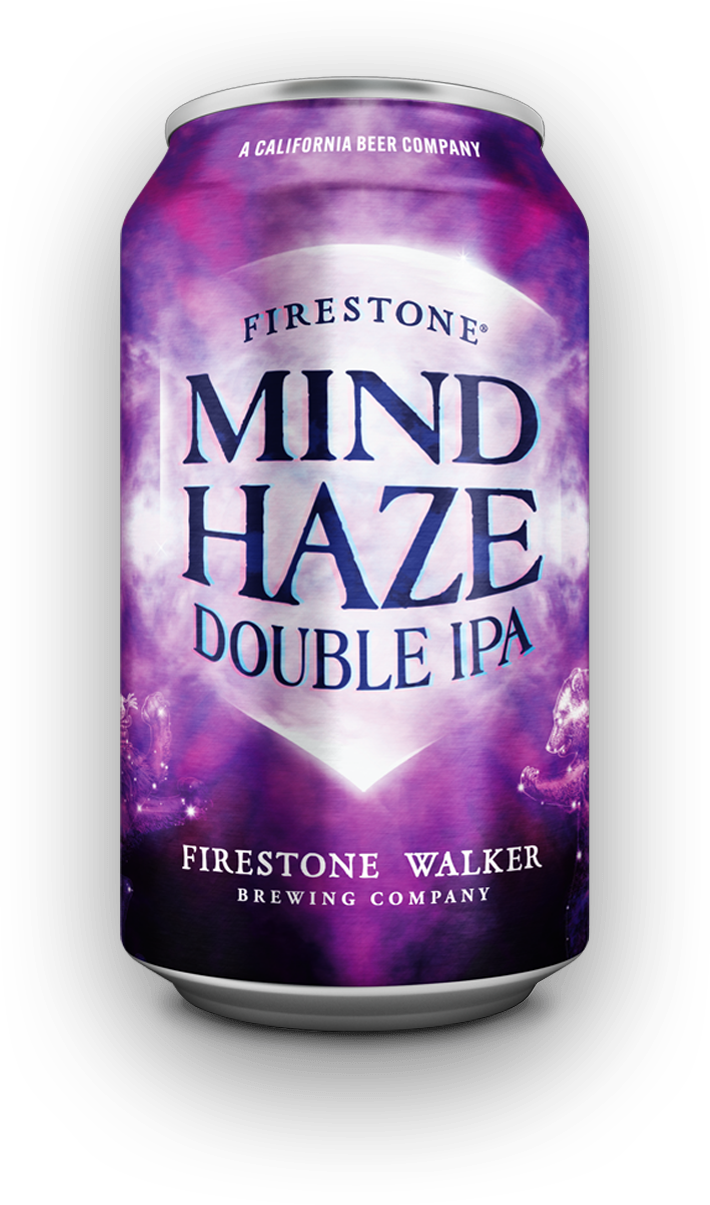 Audaciously Dry Hopped
Double Mind Haze is audaciously dry hopped, and nearly five pounds of hops per barrel are used in the making of the beer.

“Some of these hops might stick out in a lighter hazy like the original Mind Haze, but in this stronger beer they find a perfect balancing point,” Brynildson said. “While we are great admirers of many double hazy IPAs, we believe that our hop selection and brewing methods make Double Mind Haze truly distinctive to Firestone Walker.”

“The Double Mind Haze experience is all about the textures and the amazing hop flavors that we were able to weave into this beer with minimal bitterness,” Brynildson said. “It captures all of the hedonistic flavor and strength anyone could want in a Firestone Walker IPA.”