“The first year of the club has been a huge success, and our aim is to take the experience to another level in 2022,” said Brewmaster Matt Brynildson, in a press release. This new level will be realized in 2022 as the club will expand to residents outside of the state of California.

Membership into the 2022 Brewmaster’s Collective costs $575 (or $625 in installments) plus tax and shipping. A membership includes six collections, a welcome pack and a birthday gift, spanning 31 individual small-batch beers, including 17 member exclusives. Each collection also includes special tasting glasses, food pairings or club merchandise, as well as virtual or onsite taste-along sessions with the brewers.

The 2022 season of the Brewmaster’s Collective begins with a “Welcome Pack” that features Collective Choice, a bourbon barrel-aged ale infused with vanilla, cocoa, cardamom and sea salt, as chosen by 2021 club members. The pack also includes a 2022 membership card, a tasting journal, a bottle stopper and a club logo gift.

Each successive collection features five different small-batch beers, inclusive of three barrel-aged beers from Firestone Walker’s Vintage program and two beers from the Barrelworks wild ale cellar. Of the 31 total beers slated for 2022, 10 will be made in collaboration with other breweries such as pFriem, The Bruery, Beachwood, Highland Park and Side Project as well as WhistlePig Farm distillery.

The packaging that these shipments arrive in is quite spectacular with fine attention to detail in each box. We recently were able to experience the 2021 Brewmaster’s Collective Anniversary Collection and were pleased with the high quality of beers and the experience that came with it while sharing it with friends.

“The Brewmaster’s Collective has proven to be a dream come true,” stated Brynildson in a press release. “It’s not only an incredible platform for personally connecting with craft enthusiasts, it gives us a runway to unleash our imaginations as brewers. These are going to be some of the most inventive and creative beers we’ve ever produced in our 25 years.”

Overviews of each collection can be viewed at www.firestonebeer.com/brewmasters-collective or by scrolling down below. 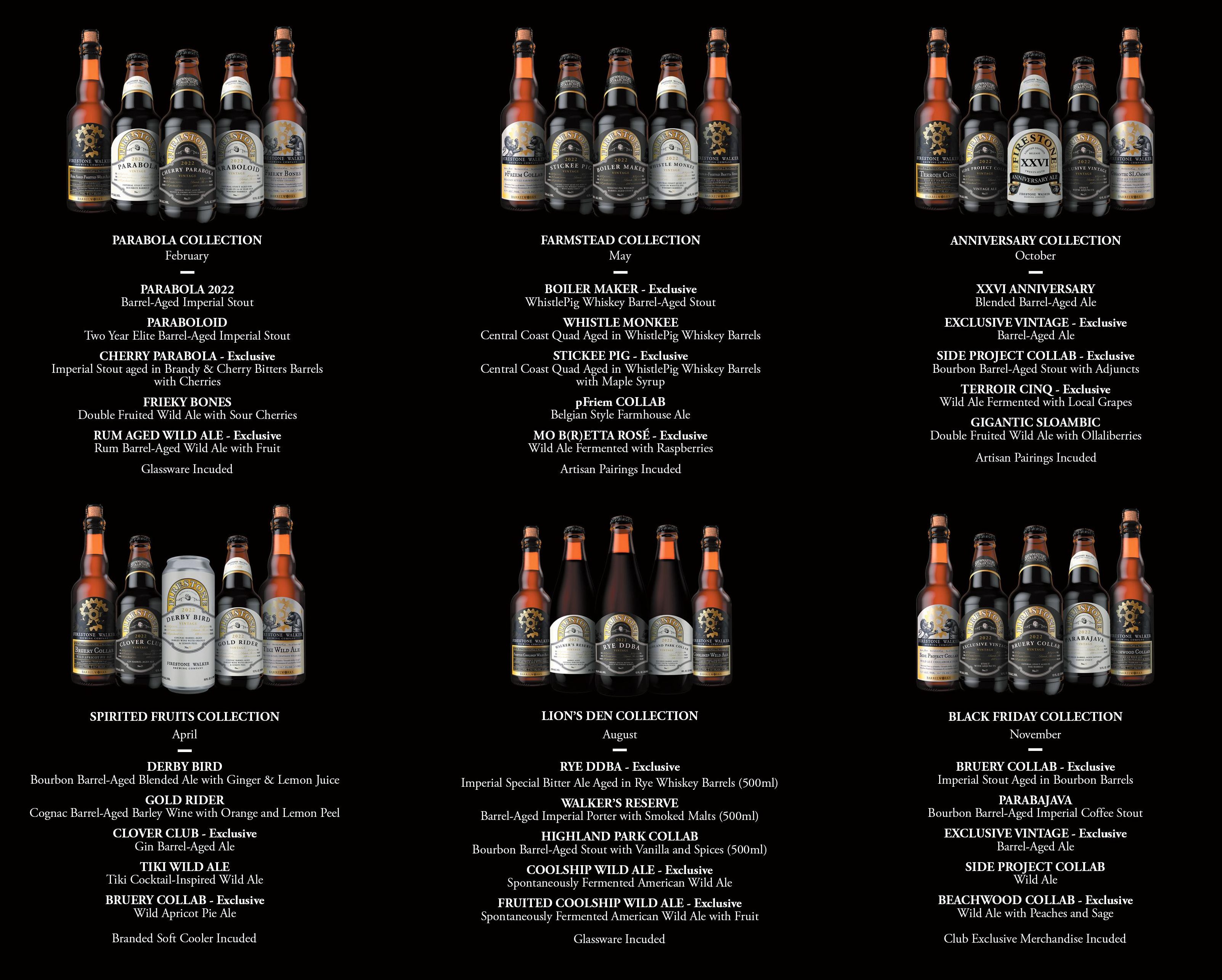