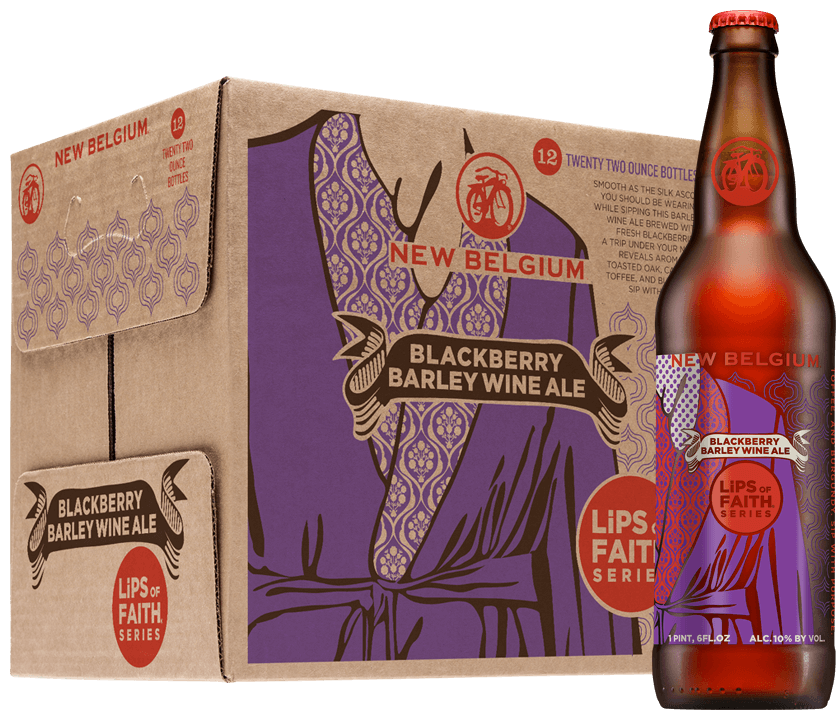 Ft. Collins, Colo., December 8, 2015 – New Belgium Brewing is going into uncharted territory. Blackberry Barley Wine is the brewery’s latest Lips of Faith offering and New Belgium’s first foray into the barley wine category. The imaginative brewers at New Belgium bring the elegant spirit of a classic English barley wine to the 21st century with this ale brewed with fresh blackberries.

This full body beer pours with a berry-kissed mahogany, with a slight sheen and billowy head, perfect for snifters beside a crackling fireplace. A deep wash of caramelized sugar and toasted bread, along with subtle laces of floral, fruity berries gives this barley wine a big start that finishes dry, smooth and warm. It incorporates Munich, Caramunich and whole oats to round out the malt bill, with Nugget hops to add bitterness.

“We’ve injected a little New Belgium flair into the classic barley wine recipe,” said Lauren Salazar, New Belgium’s Wood Cellar Blender and Specialty Brand Manager. “By adding blackberries at the end of fermentation, the blackberry subtly emerges in the aroma and flavor without overwhelming the senses. It’s more of a complementary note, so a kiss of blackberry to elevate it beyond convention.”

At 10 percent ABV and 50 IBUs, Blackberry Barley Wine is the perfect beer to warm your belly during the long winter months. It is now available in 22 oz. bombers and on draft. Pricing varies by location.

To find Blackberry Barley Wine Ale near you, use the New Belgium Libation Location tool: NewBelgium.com/Beer/Finder.