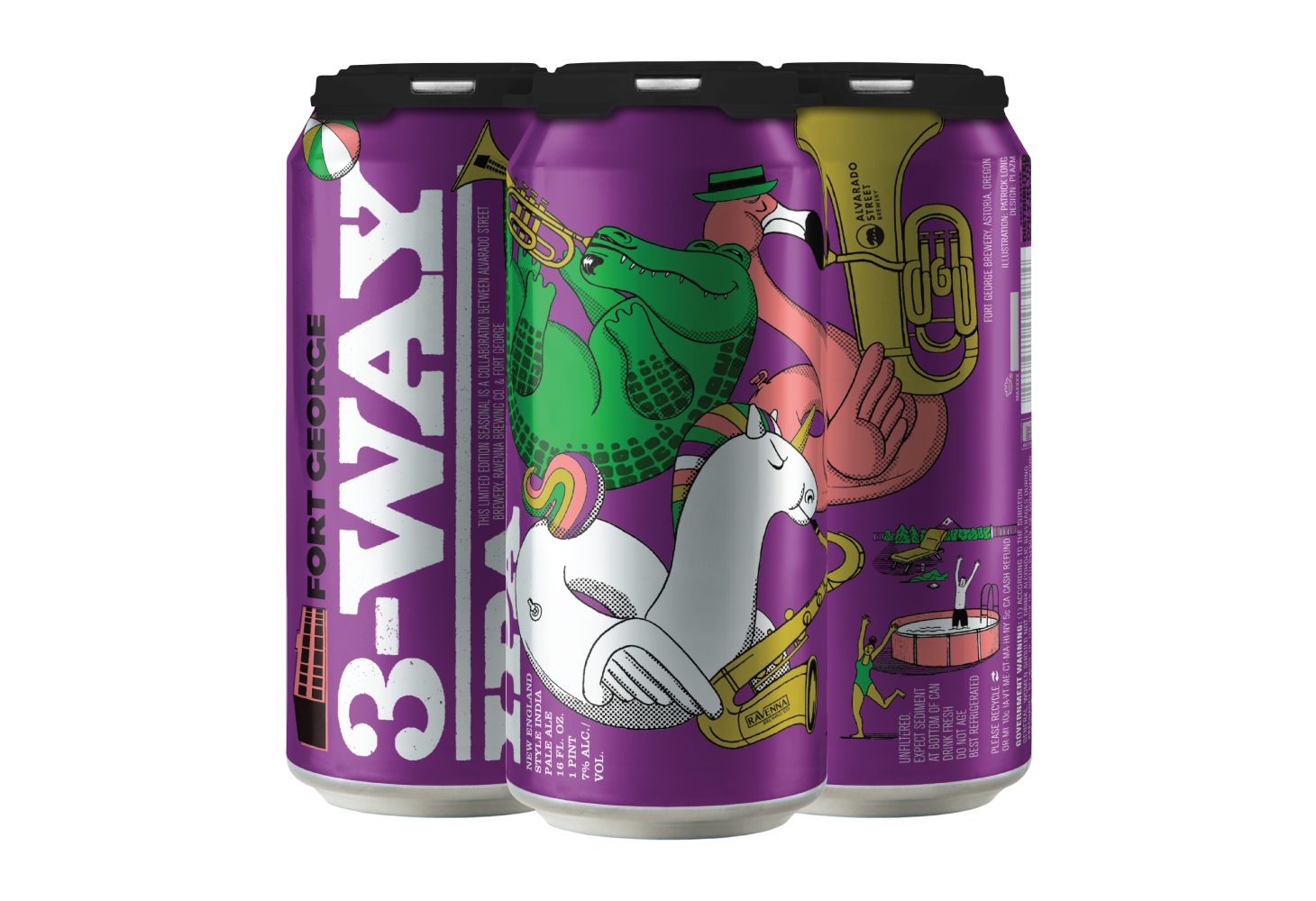 This year is a special on for 3-Way IPA fans as Fort George Brewery just let the word out that there’s a second version that’ll be launched on Friday, June 10th. Yep, 2022 3-Way IPA – NEW ENGLAND STYLE will be available in cans and on draft later this week!

When 2022 3-Way IPA was launched, it was a West Coast Style IPA. Prior to releasing 2022 3-Way IPA, a collaboration with Ravenna Brewing and Alvarado Street last month, Fort George offered beta samples of each beer in a filtered IPA and a hazy IPA style. Leading up to the release, it took tallies of which beers its fans preferred. One such bar in Portland, The BeerMongers, kept tabs on which version its patrons preferred, and according to its tally, it ended up a tie. Therefore, Fort George decided to add a second option in its 3-Way arsenal this year!

If you can’t make it to these California release parties, 2022 3-Way IPA – NEW ENGLAND STYLE will be served at Fort George on Saturday, June 11.