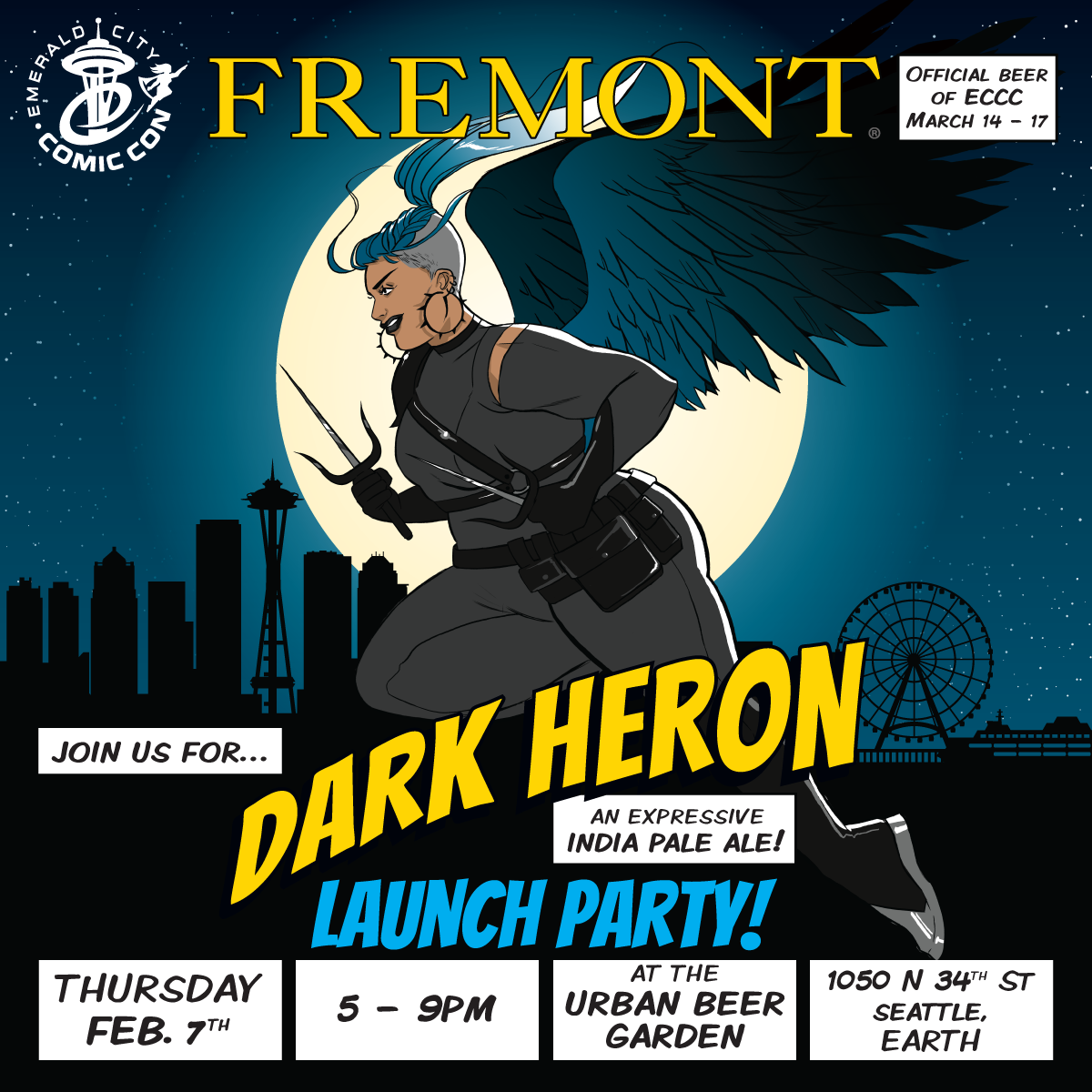 In time for the 2019 Emerald City Comic Con, Fremont Brewing and the event’s producer, ReedPOP have collaborated to brew Dark Heron IPA. This beer, now in its fourth year will be released at Fremont’s Urban Beer Garden on Thursday, February 7th from 5:00-9:00pm. Dark Heron IPA will be available on draft and, for the first time ever, in 16-ounce cans at select retailers throughout Washington state.

The fourth iteration of Dark Heron features artwork created by local Seattle artist Julia Reck whose curvy superhero projects strength, inclusivity, and body positivity. “When I started the Dark Heron project, I knew immediately that I wanted to reimagine her in a way that we don’t typically see in the superhero genre. I wanted to show a joyful, powerful plus sized woman presented as heroic,” said Reck in a statement. “I rarely see myself reflected in the superhero stories I grew up loving, so it was important to me to do design a character who other women with similar experiences could connect to.”

“Like a bad-ass super-hero, Dark Heron IPA 2019 captures your attention with stealth and cunning, ensnaring you deeper into her lair with each expressive sip. Tropical and hazy, Dark Heron IPA 2019 features Citra, Strata and Amarillo hops, filling your pint with juicy citrus and melon flavors,” said Matt Lincecum, founder and owner of Fremont Brewing in a statment. “Everyone at Fremont Brewing gets excited about our partnership with ReedPOP and Emerald City Comic Con. This annual bash reinforces how cool it is to be creative and genuine while giving us an excuse to wear capes. Cheers to that!” 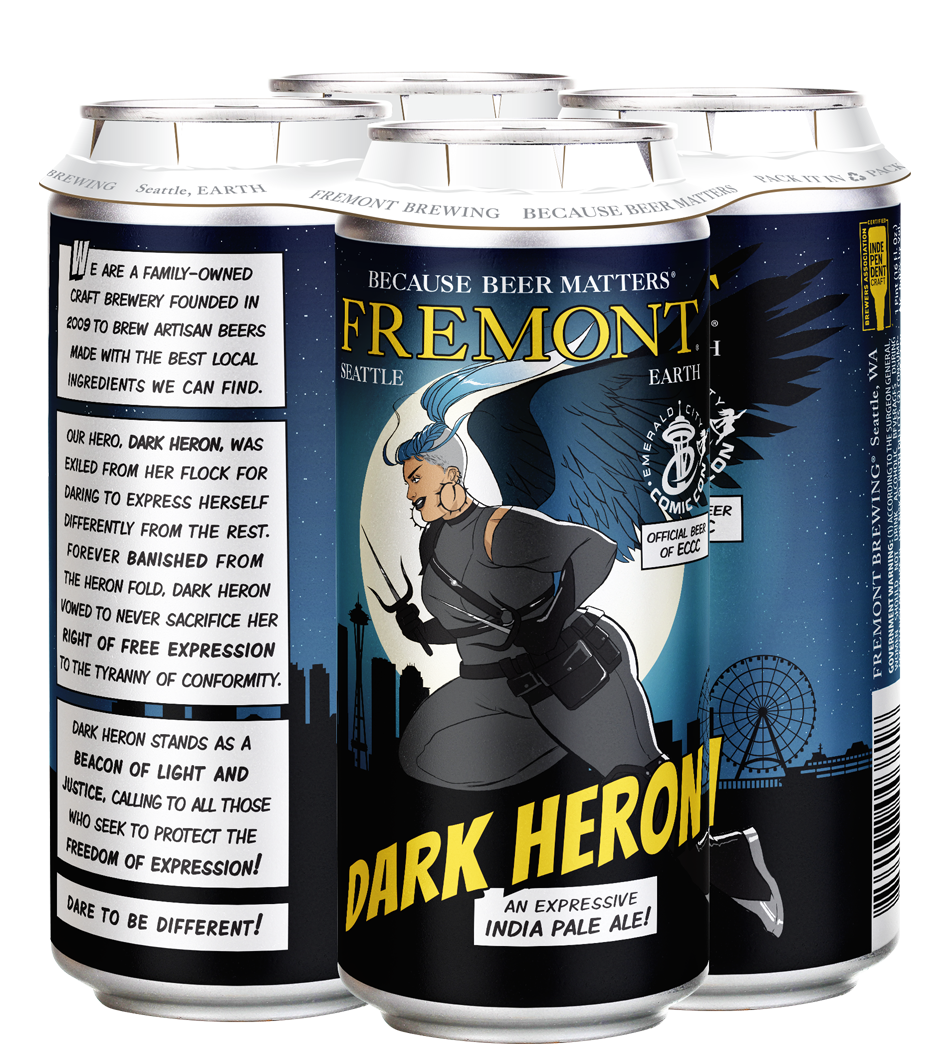 “We’re really excited to bring back our partnership with Fremont for the official beer of Emerald City Comic Con,” said Lance Fensterman, Global President, ReedPOP in a statement. “Everyone can be a superhero regardless of who you are, what you look like or where you come from.  We love that Julia has brought that message to the Dark Heron superhero this year.”

Dark Heron 2019 will be on tap at the bar during ECCC along with the other beers and ciders that together make up the League of Libations, a collaboration of West Coast breweries and cideries whose mission is to bring the best of independent craft brews to ECCC.

Emerald City Comic Con started in 2003 and has become the largest pop culture and comic convention in the Pacific Northwest, attracting nearly 100,000 fans in 2018. Tickets are available at EmeraldCityComicCon.com. For the latest news, visit ECCC’s social media pages (Facebook, Twitter, and Instagram).