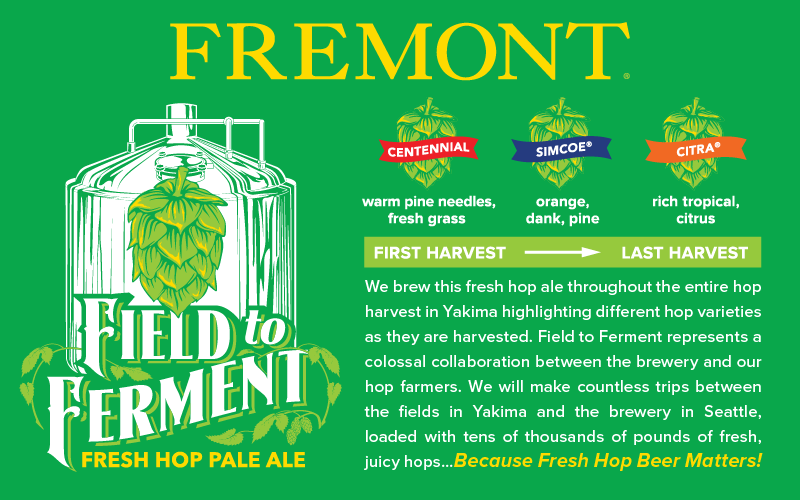 Fremont Brewing returns in 2018 with three varieties of its popular Field to Ferment Fresh Hop Pale Ale, on draft and in six-packs starting at 4:00pm on Friday, September 7, 2018 at the brewery’s Urban Beer Garden in Seattle.

The first of the three versions of Field to Ferment Fresh Hop Pale Ale features the early harvested Centennial hops. In the coming weeks this Centennial version will be followed by Simcoe and then Citra hops.

For the 2018 hop harvest, Fremont Brewing partnered with Washington hop growers Carpenter Ranches, Cornerstone Ranches, and Perrault Farms. Field to Ferment will be sold across Fremont Brewing’s entire distribution network that includes Oregon through September and the early part of October while supply lasts.

The vision behind Field to Ferment is to showcase the purest possible essence of individual varieties of freshly harvested Northwest hops, celebrate the farmers who grow them, and provide craft beer lovers the rare opportunity to experience and even compare the distinct flavor profiles of fresh, juicy hops. It builds upon the acclaim and limited supply of Fremont’s wildly popular Cowiche Canyon Fresh Hop Ale, a small-batch, blend of organic hops grown exclusively for Fremont on a single farm at the mouth of the Cowiche Canyon Conservation area in Yakima and released annually in early October. (Cowiche Canyon Fresh Hop Ale is Washington state’s first Salmon-Safe certified beer.) 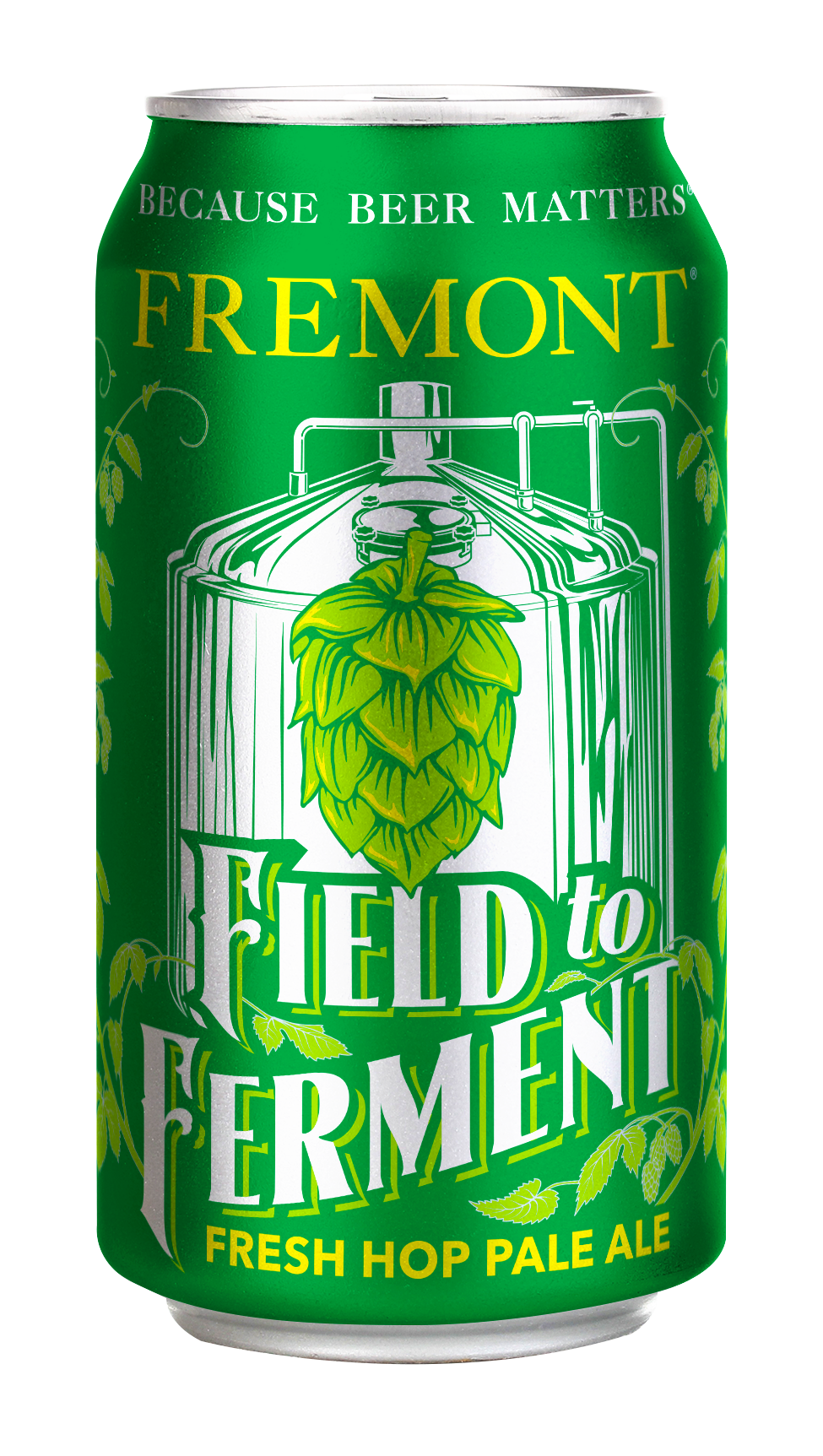 Field to Ferment, which won a Silver medal at GABF in 2017, is the most extensive rotating fresh hop beer experiment in Washington and one of the largest in the country. Production requires extra planning and logistics as load after load of hop cones must be harvested, separated from the bines, stored in specialized bins, and transported over the Cascades in a refrigerated truck to Seattle. At a glance, the Field to Ferment project requires:

“With Field to Ferment, we share our passion for the fleeting joy of these once-a-year fresh hop beers which are one of the most unique offerings of Northwest craft beer,” said Matt Lincecum, CEO of Fremont Brewing.  “The harvest season is a marvel of ingenuity and hard work as Yakima’s farmers work 24 hours a day, 7 days a week until the harvest is finished, and we brew around the clock to keep up with them. Fresh hop beer is truly the iconic seasonal release for the Pacific Northwest.”

Stay tuned to Fremont’s social media channels for release dates and times for future Field to Ferment releases, and be sure to join them at their tasting room on Wednesday, October 3rd for a chance to taste all of Fremont’s fresh hop creations side by side.