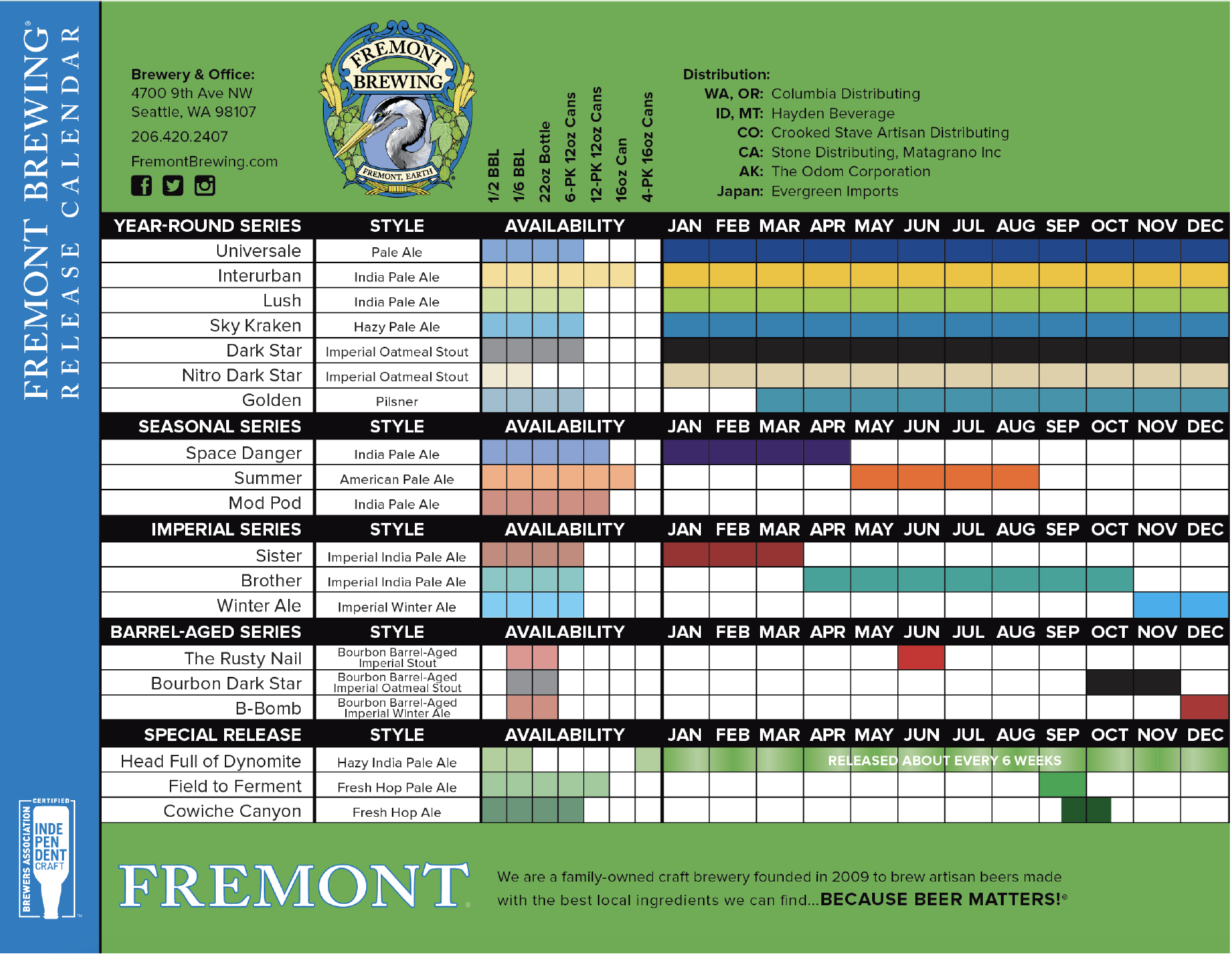 Fremont Brewing has many favorites and a few new beers coming to market this year as the Seattle based brewery has announced its 2020 Beer Release Calendar.

This year Fremont Brewing will add a new year-round beer its lineup with Golden Pilsner joining Universale, Interurban IPA, Lush IPA, Sky Kraken Hazy, Dark Star, and Nitro Dark Star. Fremont will also be adding a 16 ounce offerings of both Lush and Golden Pilsner at some point this year, with a date to be determined.

When it comes to seasonal offerings, Fremont will add a new one, Space Danger IPA that is now out in the marketplace. This new IPA will join Summer and Mod Pod IPA as part of this series. Head Full of Dynomite will return as the brewery’s rotation Hazy IPA. Expect a new release every 6 weeks.

Here are details on both Golden Pilsner and Space Danger IPA. 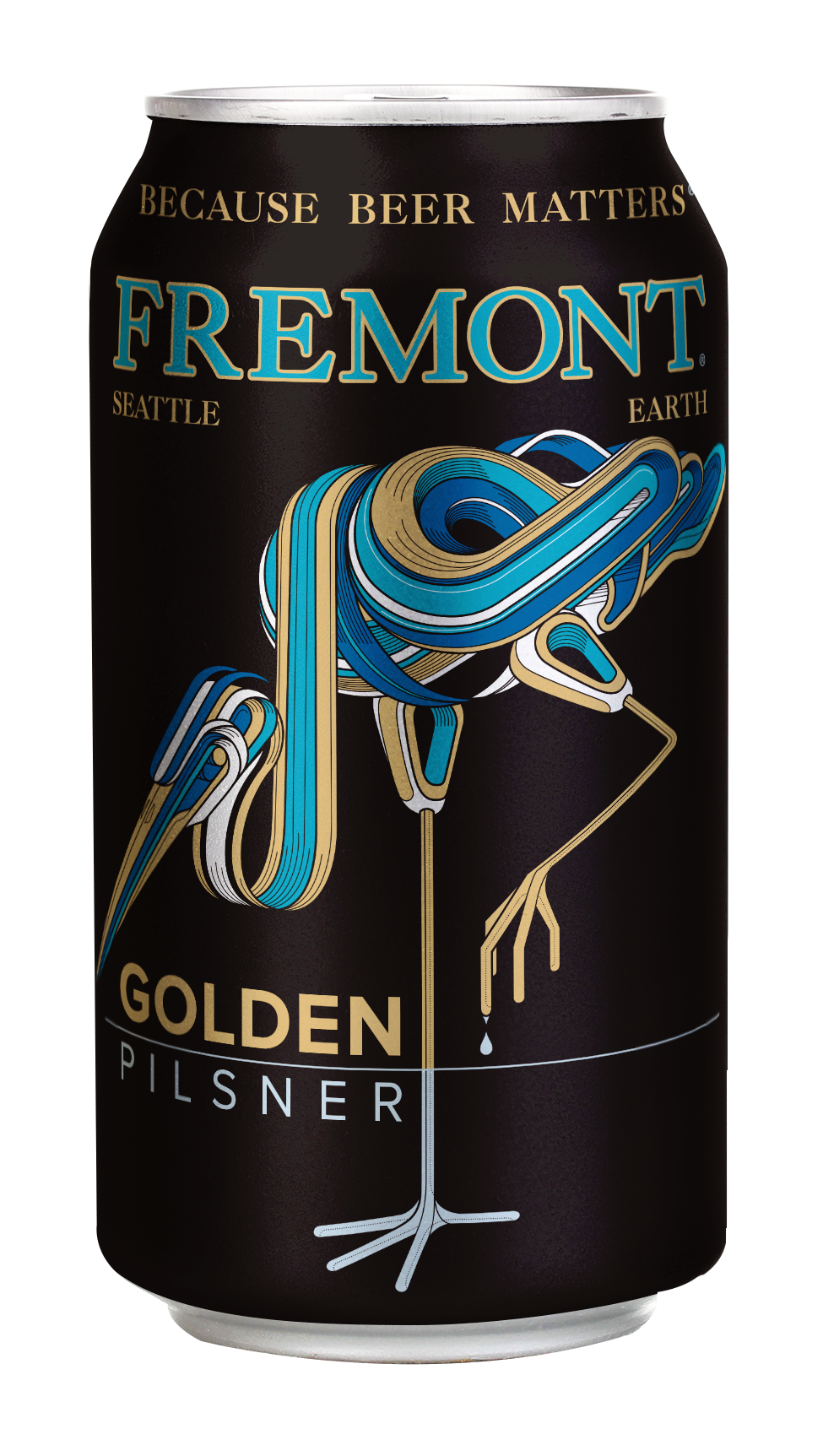 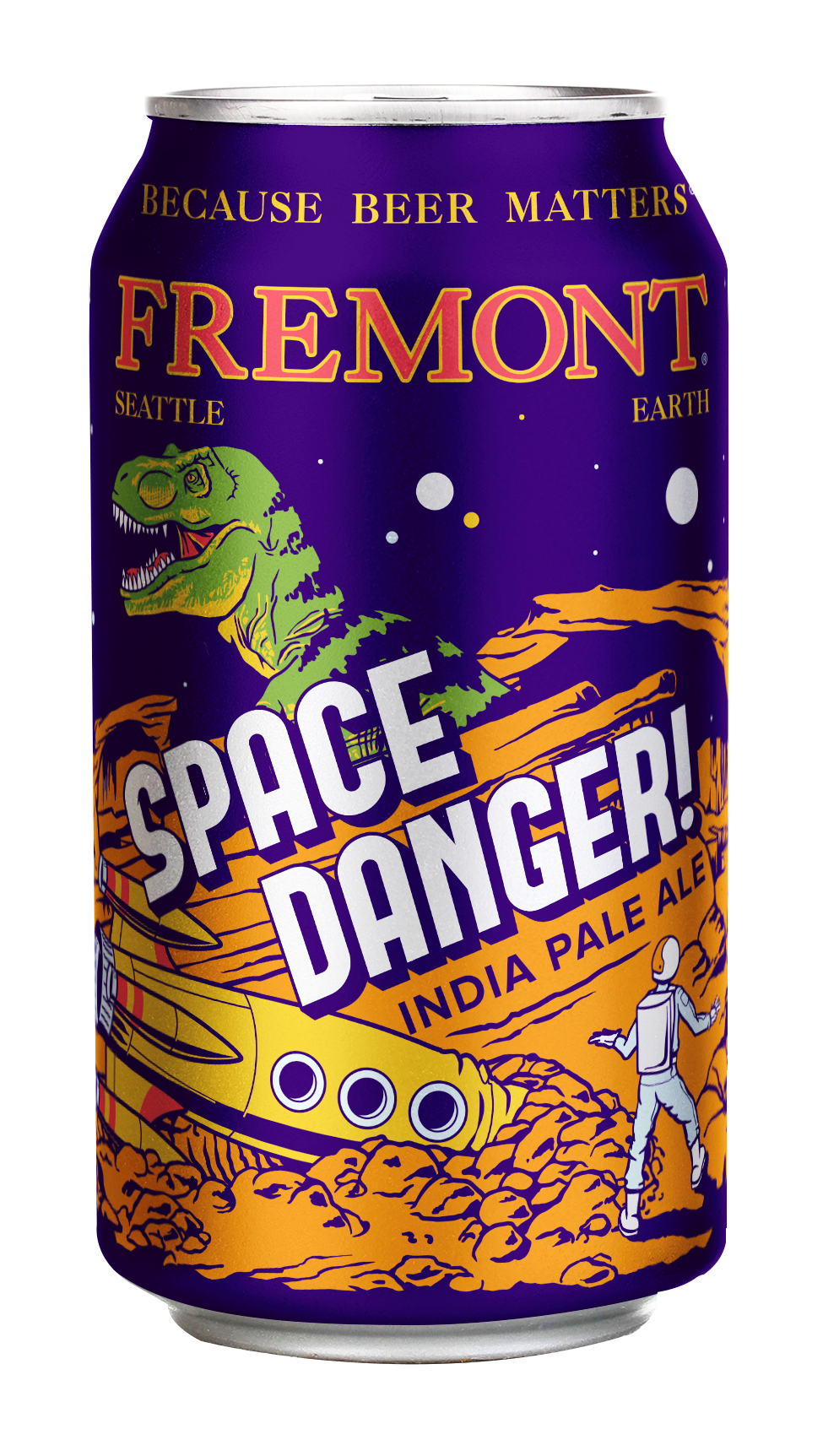