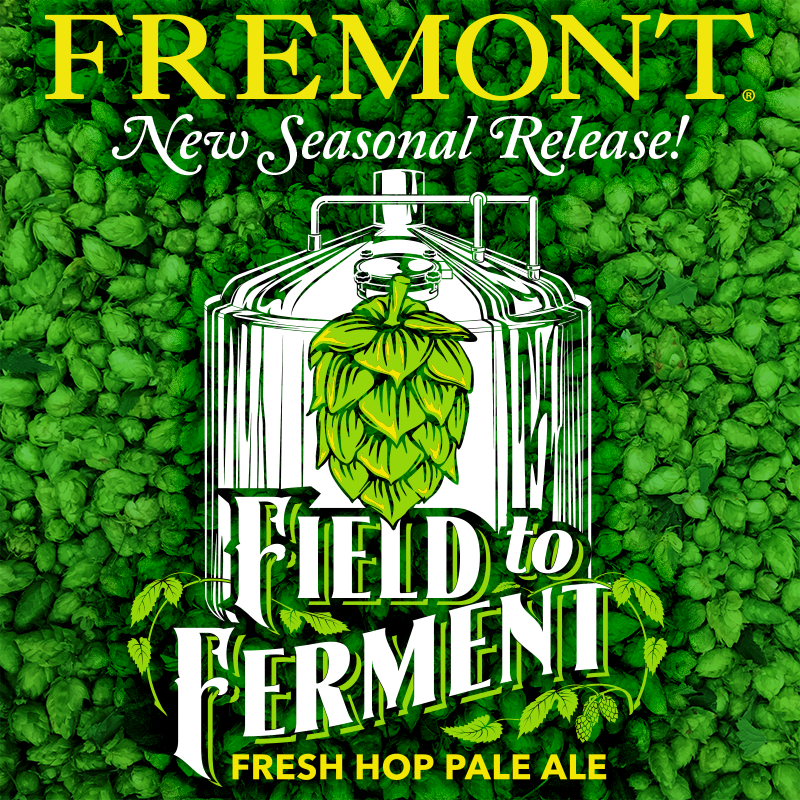 Hitting store shelves and taprooms is a new fresh hop series from Seattle’s Fremont Brewing. Field to Ferment Fresh Hop Pale Ale will feature a rotating lineup of four fresh hop beers throughout the month of September. The first release features the early hop harvest of Centennial hops from Carpenter Ranches in Yakima, Washington. This release will be followed by Simcoe, Citra and then finally Mosaic. All four releases will make its way to Portland in both 12 oz. cans and on draft as the hops are harvested.

Field to Ferment is designed to highlight the freshest hops grown in one of the world’s largest hop growing regions of the Yakima Valley. This new four fresh hop beer series will be the most widely available fresh hop collection available in 12 oz. cans. Fremont Brewing will transport around 1,200 pounds of fresh hops back over the Cascades to its brewery. Once at the brewery, each of the four offerings will be brewed in 80-barrel batches that equates to 15 pounds of freshly picked hops per barrel. This will all take place when the hops are added to the mashtun. 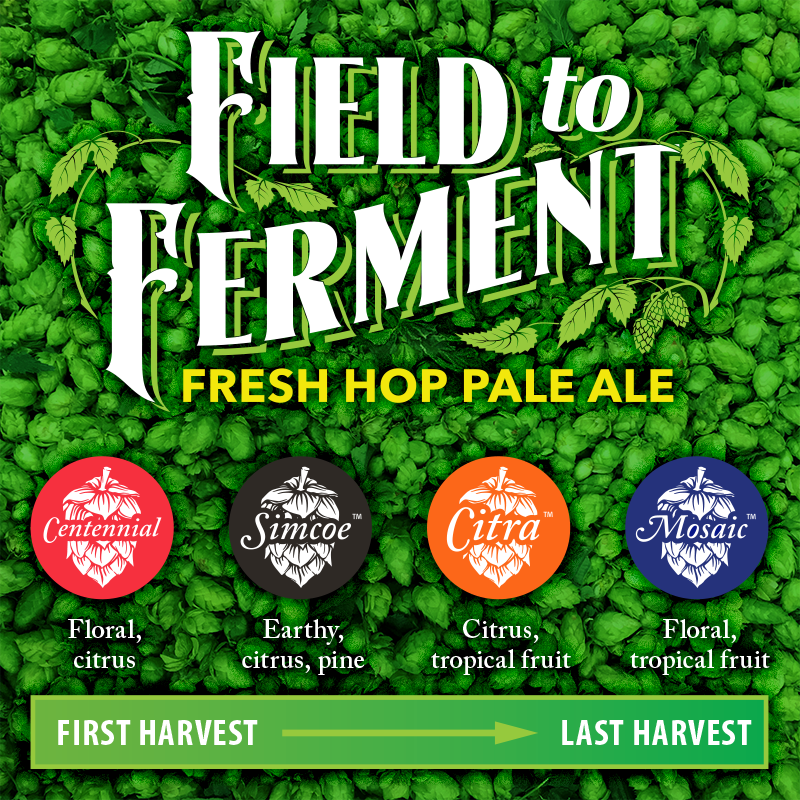 “With Field to Ferment, we share our passion for the fleeting joy of these once-a-year fresh hop beers which are one of the most unique offerings of Northwest craft beer,” said Matt Lincecum, CEO of Fremont Brewing in a release.  “The harvest season is a marvel of ingenuity and hard work as Yakima’s farmers work 24 hours a day, 7 days a week until the harvest is finished, and we brew around the clock to keep up with them.”

“From our Centennial hop fields to the kettles and fermenters! The Carpenter family farm is excited to be a part of the Fremont Brewing fresh experience,” said Brad Carpenter of Carpenter Ranches in a release. “Your taste buds will be tickled!” 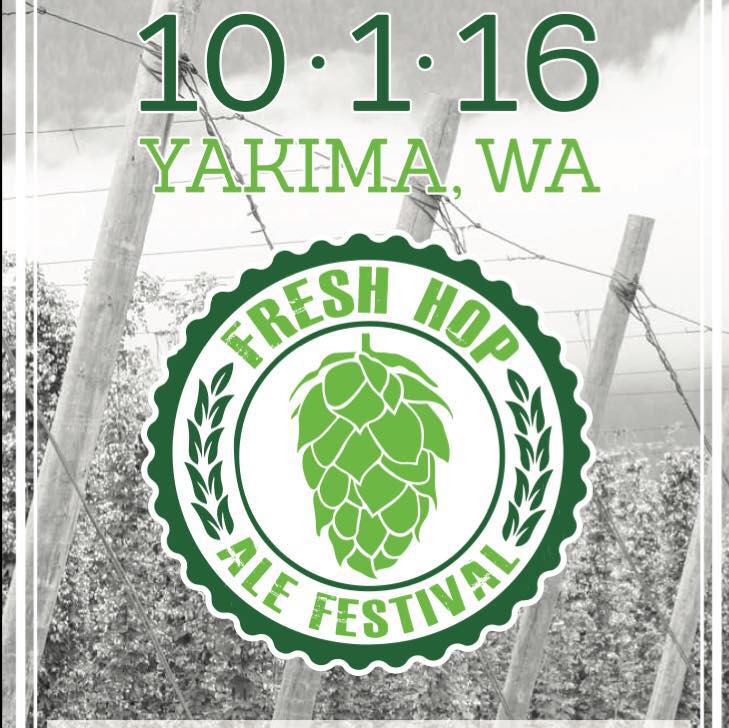 In late September or early October Fremont will once again release its Cowiche Canyon Fresh Hop Ale series that was one of the top fresh hop beers that was poured at last year’s Yakima Fresh Hop Ale Festival. Using hops grown on a single farm at the mouth of the Cowiche Canyon Conservation Area in Yakima, don’t delay in locating this beer as last year it was sold out quite quickly.