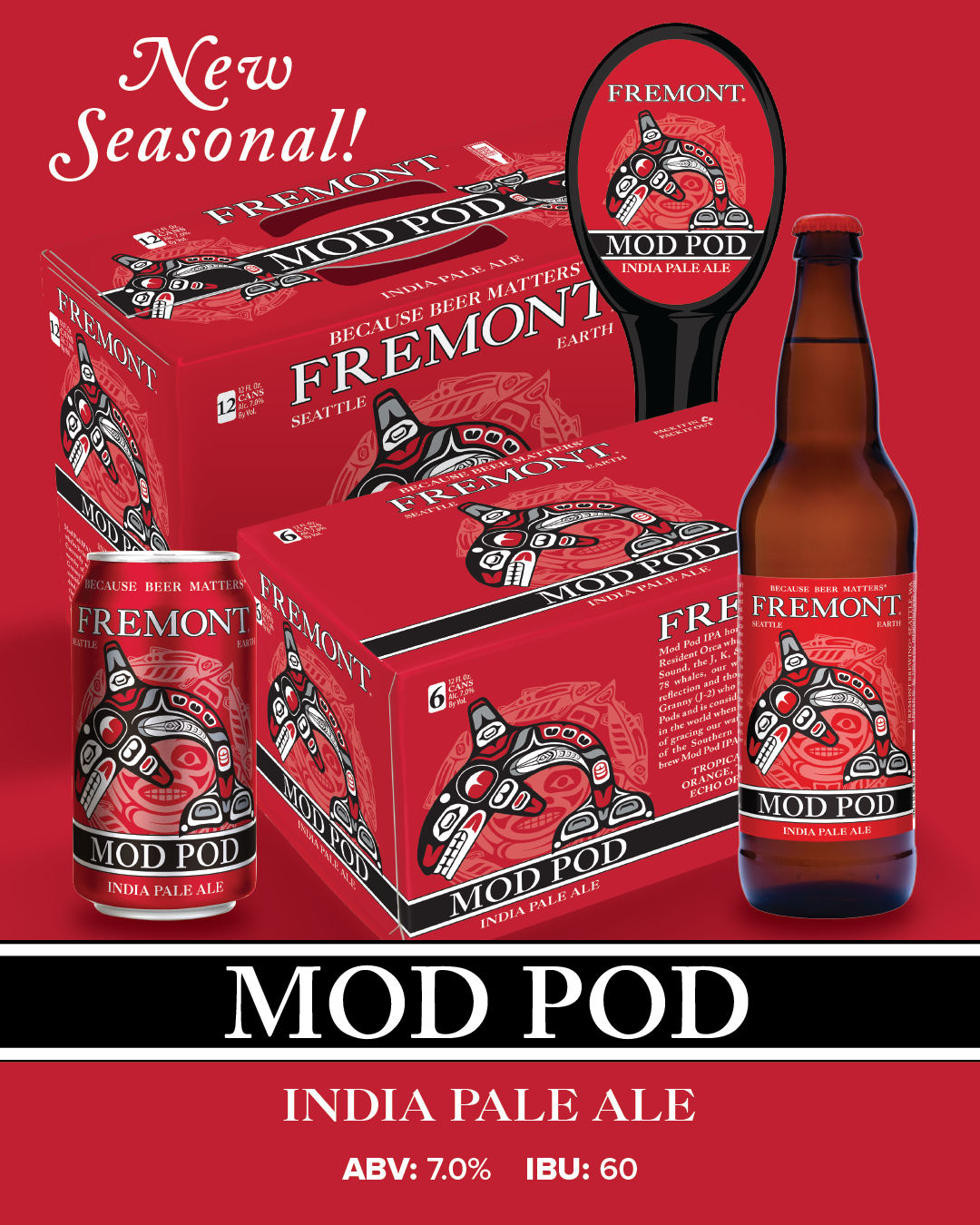 Mod Pod IPA will make its debut in 12-ounce cans, 22-ounce bottles and on draft. At the beer’s launch party on Thursday, Fremont will feature three infusions and a Mod Pod cask. Bursting with tropical flavor and hazy, pale straw in color, Mod Pod is a naturally unfiltered IPA featuring Strata, Mosaic, and Columbus hops.

“Mod Pod IPA honors our three pods of Southern Resident Orca whales living full-time in the Puget Sound, the J, K, and L Pods. In particular, we think of Granny (J-2) who was considered to have been the oldest orca in the world when she died in 2016 after 107 years of gracing our waters,” said Matt Lincecum, Fremont Brewing CEO in a statment. “Granny was the Matriarch of the Southern Resident Community, and we brew Mod Pod IPA in her honor. Enjoy and observe.” 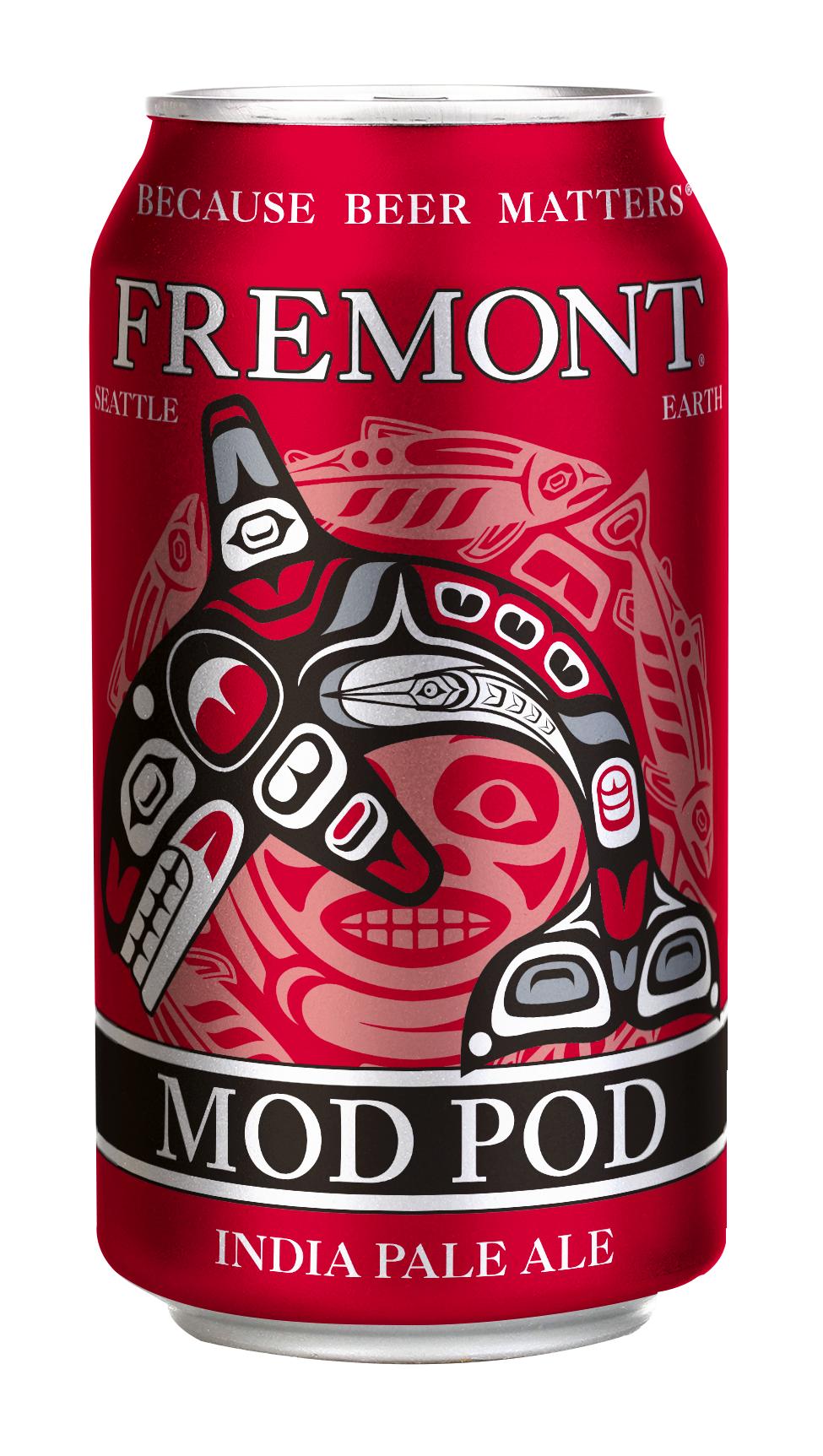 After the launch party at Fremont Brewing’s Urban Beer Garden the brewery will host launch parties across the Pacific Northwest beginning on Friday in Seattle. Here’s a rundown on the events that will take place over the next few weeks.

Mod Pod IPA will be sold across Fremont Brewing’s entire distribution network through December or while supply lasts.