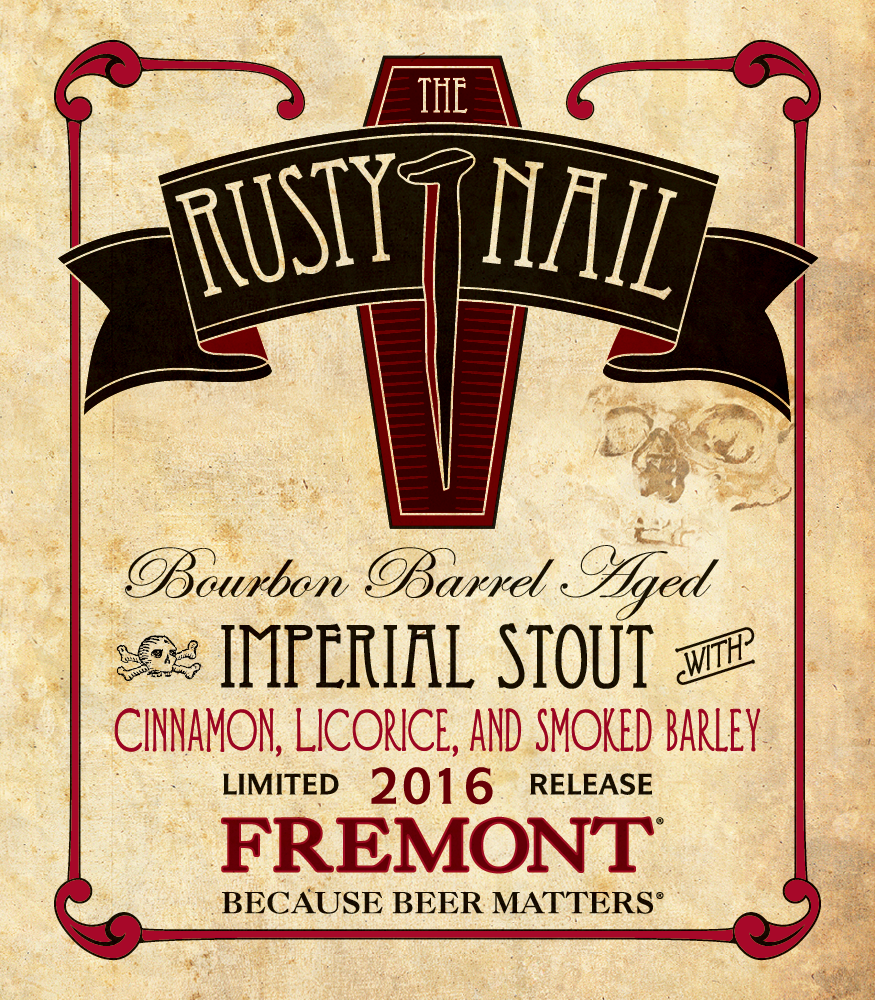 Seattle’s Fremont Brewing is set to release The Rusty Nail for the first time in the state of Oregon. The Rusty Nail is a Bourbon Barrel Aged Imperial Stout with Cinnamon, Licorice, and Smoked Barley and will be available beginning this week. When The Rusty Nail was released at the brewery this past weekend bottles went for $20.00 each.

Here are more details on this very limited bottle release from Fremont Brewing.

The Rusty Nail Stats
Description: The Rusty Nail begins life as The First Nail, an oatmeal stout of epic proportions with brewer’s licorice, smoked barley, and pale malt and aged on cinnamon bark. She becomes the Rusty Nail after spending 15 months in 12-year old bourbon barrels. The Rusty Nail pounds your palate, challenges your perception of all that you’ve known of beer, and leaves you wanting…another sip. “A fine beer may be judged by one sip, but it’s better to be thoroughly sure.” –VWP
Age this beer, please! But try one now…go on.
Malts: Pale, Vienna, and Smoked malts, Midnight Wheat with Flaked Oats
Hops: Magnum and Yakima Goldings
Color: Deep Black
Aroma: Molasses, cinnamon, wood, dark fruit
Flavor: Licorice, cocoa, bourbon, slightly smoky
ABV:13.2%
IBU: 50
Availability: Extremely limited.