The Columbia Gorge’s Full Sail Brewing enters the New Year with the latest release in the brewery’s Strong Current Double IPA Series. Haze of the Gods Double IPA joins the series that pays homage to the Bridge of the Gods that crosses the mighty Columbia River in nearby Cascade Locks.

“Haze of the Gods is dangerously drinkable,” says Full Sail Brewmaster Greg Doss, in a statement. “Brewed with Strata and Mosaic hops, Haze of the Gods has flavors of sun-ripened peach, passion fruit and mango.”

Brewing award-winning beer has always been about persistence and instinct, like salmon swimming upstream in the mighty Columbia River’s current. For more than 30 years, Full Sail brewmasters have embodied that spirit. The new Strong Current Double IPA Series springs from the brewery’s “E.I.G.H.T” principles: commitment to the Environment, natural Ingredients like the pristine water that flows from Mt. Hood, the spectacular Geography of the Columbia River Gorge, the brewery’s original craft Heritage, and of course, the complex, balanced Taste of Full Sail beers. 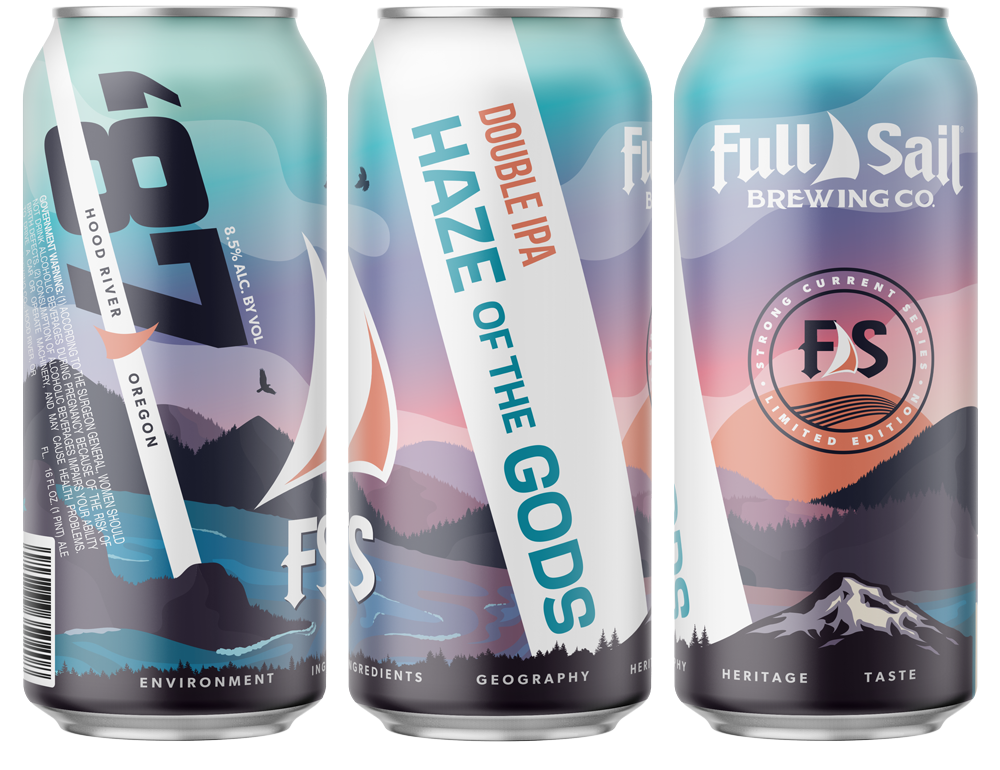 With striking can design by Pacific Northwest-based Ambient, honoring Full Sail’s sense of place in the Pacific Northwest, Haze of the Gods Double IPA sits at 8.5% ABV and 35 IBUs. Look for this new Hazy Double IPA from January – April in 4-pack, 16oz cans.

Up next in the Strong Current Double IPA Series after Haze of the Gods Double IPA will be Lazy Summer Haze Double IPA, a hazy, juicy, unfiltered IPA from May to August.