This is the brewery’s first Session release that contains fruit, something that the brewery has been actively doing with many of its other new releases. Session Black Cherry Black Lager takes the Session Seasonal to a new level, and one that may throw the average Session drinker for a loop. This new offering has cherry flavor that’s said to be balanced out by the black lager’s roasty character.

Here’s more from the press release that was released today.

“This new Session is Session Black with a cherry on top – actually, it’s more like a cherry cordial without the brandy,” says Full Sail Brewmaster Jim Kelter. “The aroma and flavor of cherry complements the smooth chocolate character of this dark lager. Brewed with Pale, Caramel, Munich and Chocolate malts, this is an easy-drinking wintertime beer. It’s not too heavy with just the right amount of cherry.”

Session Black Cherry Black pours deep garnet in color with a creamy tan head. Aromas of cocoa and cherry with a subtle floral essence make it a smooth-drinking dark lager with a full palate of bittersweet chocolate and sweet cherry taste. Black Cherry Black is rich in flavor yet finishes cleanly and is remarkably refreshing.

When Full Sail launched the Session brand 12 years ago, it quickly became the hottest new craft-beer brand on the market, which has since brought home 100 medals, including 40 golds. Session’s not a micro, a macro, or an import, but in a way it’s a little bit of each. You see, virtually everyone who likes beer likes Session. It’s a brand that’s accessible without being ordinary. Totally drinkable, but never at the expense of character. And now, just for winter, there’s Session Black Cherry Black. Available January through April in the Session Series 12-pack and in the Session Mashup variety 12-pack. 5.4% ABV, 22 IBUs. 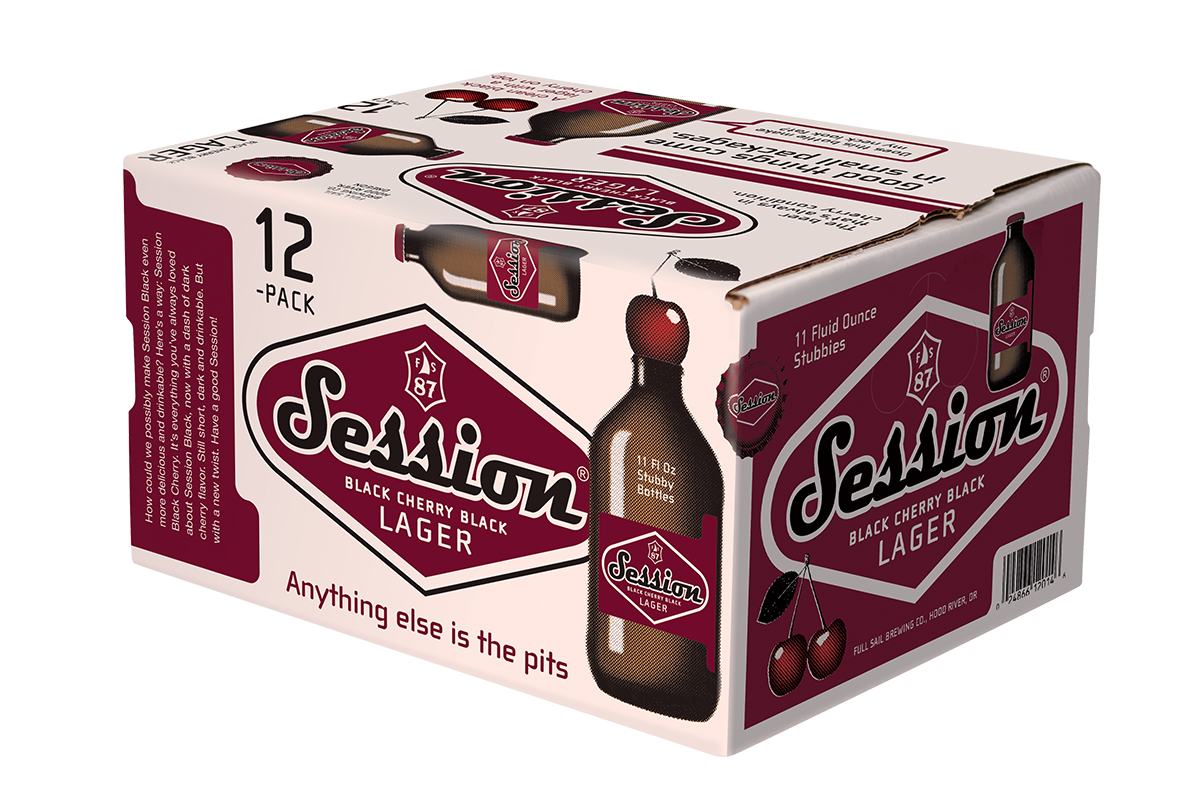 About Full Sail Brewing Company
Perched on a bluff in Hood River, Oregon, overlooking the mighty Columbia River’s epic wind and kite surfing and the snow-capped volcanic peak of Mt. Hood, Full Sail is a true craft-brewing pioneer. Since 1987, Full Sail has been pouring pure Mt. Hood water, local ingredients and responsible processes into each and every pint. Full Sail’s brews and sustainable practices have garnered more than 300 national and international awards, including 150 gold medals and Beverage World’s “Craft Brewer of the Year” distinction. From Full Sail Amber and IPA to Session Lager and bourbon barrel-aged beers, Full Sail consistently strives to brew complex, balanced and ridiculously tasty beers. Learn more at www.fullsailbrewing.com.