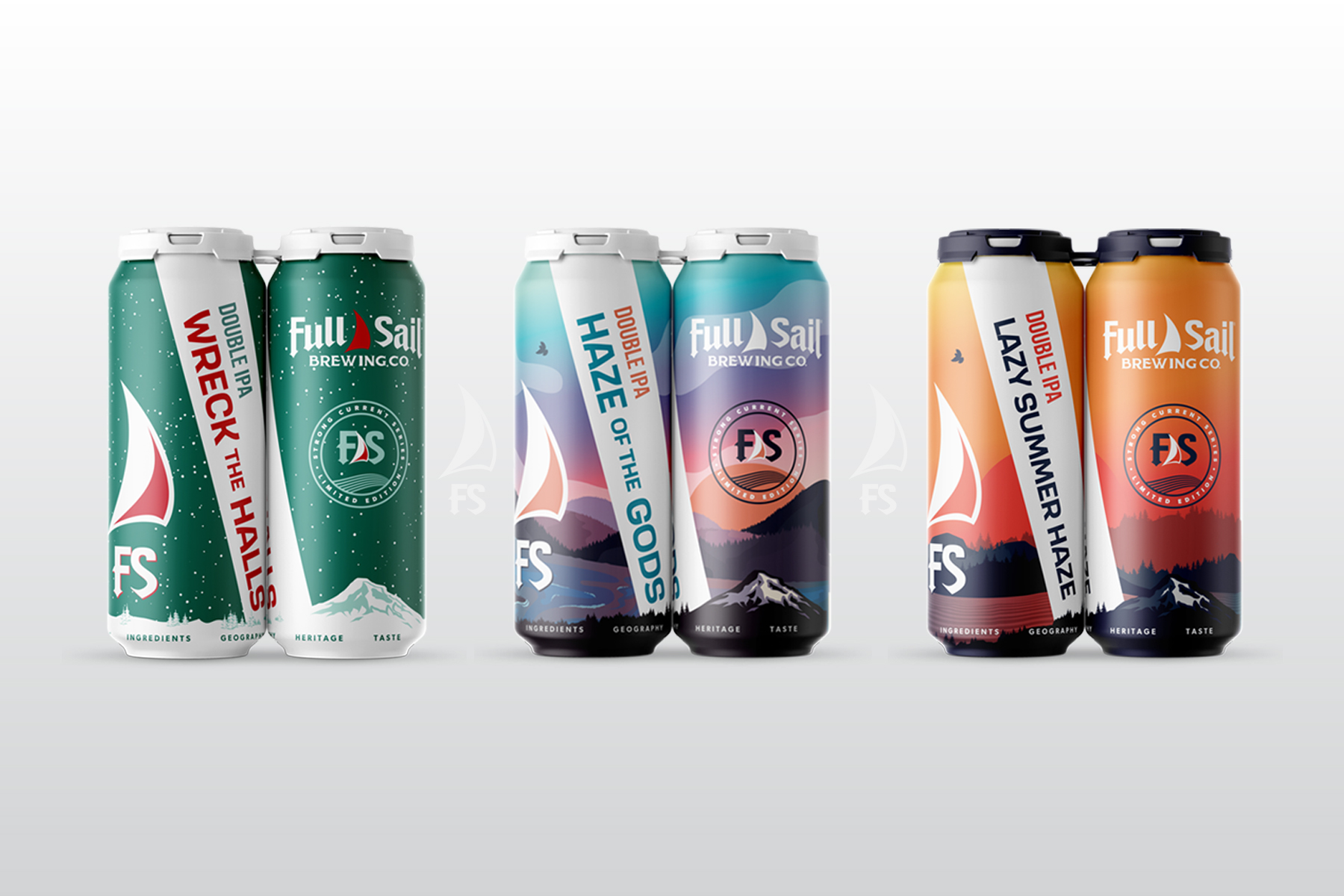 After going through a brand refresh earlier this year, Full Sail Brewing has announced a new seasonal beer series with its Strong Current Double IPA Series. The first beer in this new rotating lineup is an old favorite, Wreck the Halls as Haze of the Gods and Lazy Summer Haze will round out this new lineup during the coming year.

The new Strong Current Double IPA Series springs from the brewery’s “E.I.G.H.T” principles: commitment to the Environment, natural Ingredients like the pristine water that flows from Mt. Hood, the spectacular Geography of the Columbia River Gorge, the brewery’s original craft Heritage, and of course, the complex, balanced taste of Full Sail beers.

“The home of our brewery in Oregon’s Columbia River Gorge has always been a big influence on our beers, our mission, and the lifestyles of its employees,” says Full Sail Brewmaster Greg Doss, in a statement. “Our new Strong Current series is a way for us to celebrate and highlight this heritage in a new, fresh and really tasty way.” IPA lovers will want to try each of the three Strong Current Series Double IPAs throughout the year.

Wreck the Halls
Full Sail’s traditional holiday favorite and four-time gold medal winner, because it’s just not the holidays unless you Wreck the Halls. A sublime hybrid of an American-style Double IPA and a Winter Warmer, Wreck the Halls has comforting notes from pale and crystal malts and copious quantities of Centennial hops for a bold brew that celebrates the season. ABV 8.5%, 68 IBUs.
November – December 2020
September – December 2021

Strong Current Double IPAs will be available in 16 oz can 4-packs and on draft throughout Full Sail Brewing’s distribution footprint.