Inspired by Los Angeles’s popular fruit cart vendors Golden Road Brewing has recently released its second in this series with Melon Cart in 12-ounce cans and on draft.

Maybe better suited for the warmer months that are now behind us, Melon Cart is a wheat ale that incorporates watermelon, honeydew and cantaloupe natural flavors. There is definitely a strong, pleasant presence of all three of these fruit flavors in the beer. It’s definitely a worthy beer for fans of fruit forward beers and at only 4% ABV, a few can be had in one sitting. 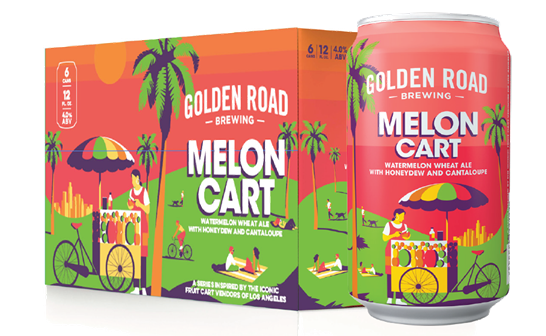 Melon Cart can be found in the sets at many of the larger grocery chains in the area including many Fred Meyer and Safeway stores.