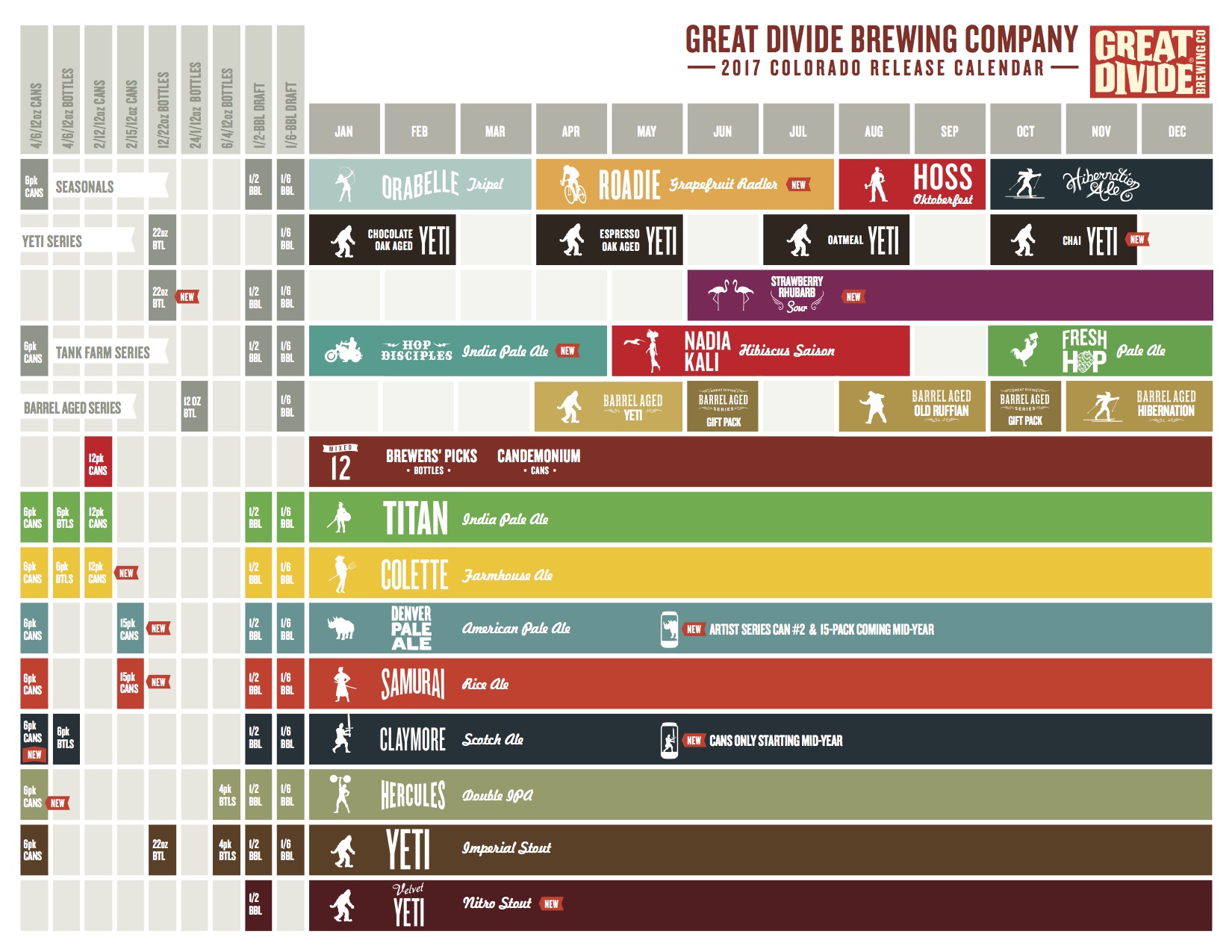 Great Divide Brewing has announced its beer release calendar for 2017. As a few of its beers retire, newly developed beers designed to attract the current craft beer trends will replace these beers.

A few of the new offerings for 2017 are Hop Disciples IPA that is currently in the market, Roadie Grapefruit Radler, Strawberry Rhubarb Sour and Chai Yeti. A few new can offerings will include Nadia Kali, Hercules and Claymore throughout the year.

Then when it comes to multipacks, Great Divide will soon launch 15-pack cans of Samurai and Denver Pale Ale, as Colette is now available in 12-packs. Plus, the second Denver Pale Ale artist series will launch in June.