As we enter the month of December today, Great Divide Brewing Company will release its 2018 edition of Hop Disciples IPA this month. This annual seasonal is the Denver brewery’s Rotating Hop Project series and is part of its Tank Farm Series.

“Hops embody the romantic side of brewing and symbolize both a brewer’s connection to the soil and the spirit of innovation,” said Brandon Jacobs, brewery manager of Great Divide Brewing Company in a release. “Creating a beer that can highlight a single varietal provides an opportunity to showcase the unique character of that hop and expand our consumers’ taste buds.” 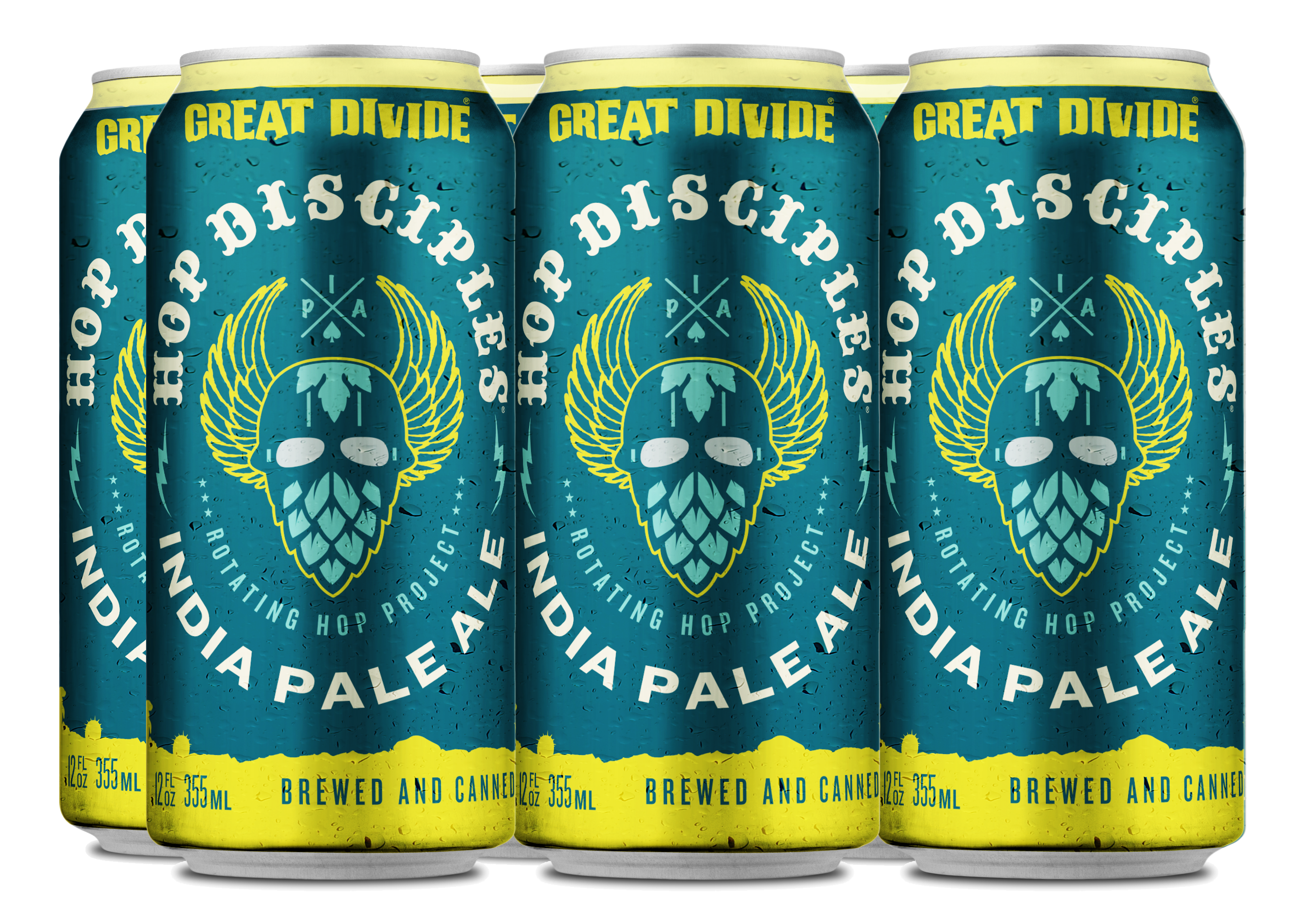 A simple malt bill allows the Ekuanot to shine, bringing forth notes of papaya, honeydew melon and tangerines, while a subtle earthy undertone lingers. Hop Disciples may look tough on the outside, but with its golden hue and approachable 6.2% ABV, this beer is a lover not a fighter.

“With a crisp, dry finish and the hop character front and center, Hop Disciples is an easy-drinking delight. It is best enjoyed with friends after a day well spent,” said Jacobs in a release.

The 2018 edition of Hop Disciples IPA will be available starting mid-December 2017 through April 2018 in 6-pack cans and on draft across the country.