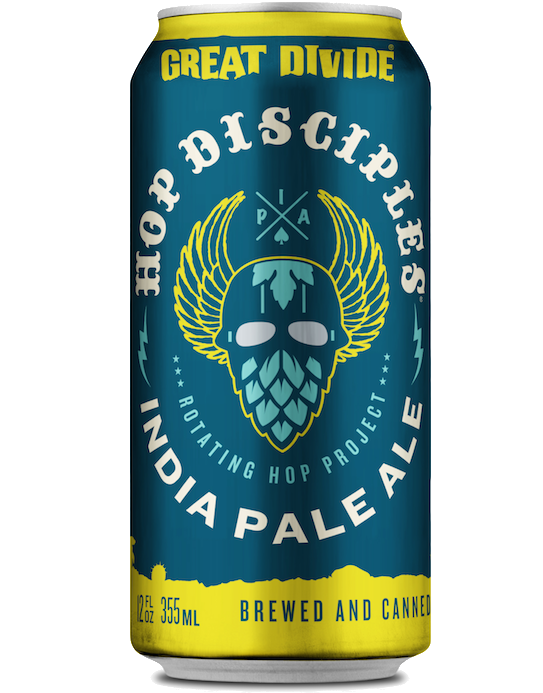 With the New Year right around the corner Great Divide Brewing is excited to announce the launch of its new Hop Disciples IPA that is set to hit shelves and taps in January 2017. Hop Disciples IPA is a rotating hop project that takes a bright, clean IPA and puts a different hop variety at the forefront of the sensory experience every year.

Earlier this year Great Divide released a draft only version of a beer named Hop Disciples but has just announced that this name will be the latest addition to its Tank Farm Series. With the release of Hop Disciples IPA in January, this will be the first release in a rotating hop project. This release will feature the Idaho 7 Hop that is described as offering up punching aromas of orange zest and stone fruit complemented by a hint of black tea leaves in an uncharacteristic element of subtlety at 6.2% ABV.