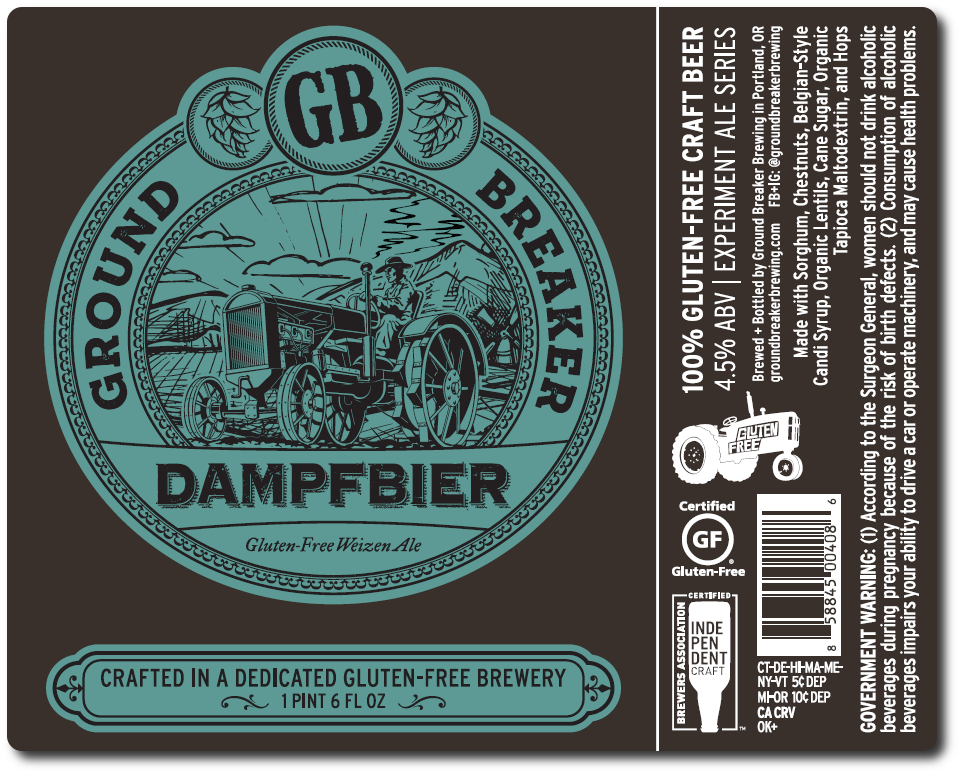 For its second offering of the year in its Experimental Ale Series, Ground Breaker Brewing resurrects an old beer from Bavaria but with its signature gluten-free twist. Now available in 22 ounce bottles is the brewer’s new Dampfbier, a gluten-free ale brewed with weizen yeast.

The historical Dampfbier originated in the rural Bavarian Forest region of what is the modern Czech Republic and Germany, Dampfbier is basic and utilitarian. Brewers of the region made beers with 100% barley malt because wheat was expensive and prioritized as food instead of beverage.

Ground Breaker’s Dampfbier comes in at 4.5% ABV and 14 IBUs and maintains similar spicy and fruit characteristics of a Hefeweizen. Since being based in Portland, Ground Breaker had to put a bit of a Pacific Northwest stamp on its rendition. Dampfbier is dry-hopped with Santiam hops to complement the natural banana esters and clove-like phenols produced by the weizen yeast.

Even though Ground Breaker is a 100% dedicated gluten-free brewery, its Head Brewer Tyler Kueber was excited put its twist on a beer that normally used wheat and barley. “We’re very excited to bring this lesser-known Bavarian style to the gluten-free community,” explained Kueber in a statment. “This may be the first time that we’ve replicated a style that many traditional beer drinkers may have never experienced themselves.”

“Nearly all of our beers are meant to be poured quietly. With this release folks should feel free to rouse Dampfbier before they pour it for more of that weizen flavor,” said Kueber in a statement on explaining the beer’s proper pour.