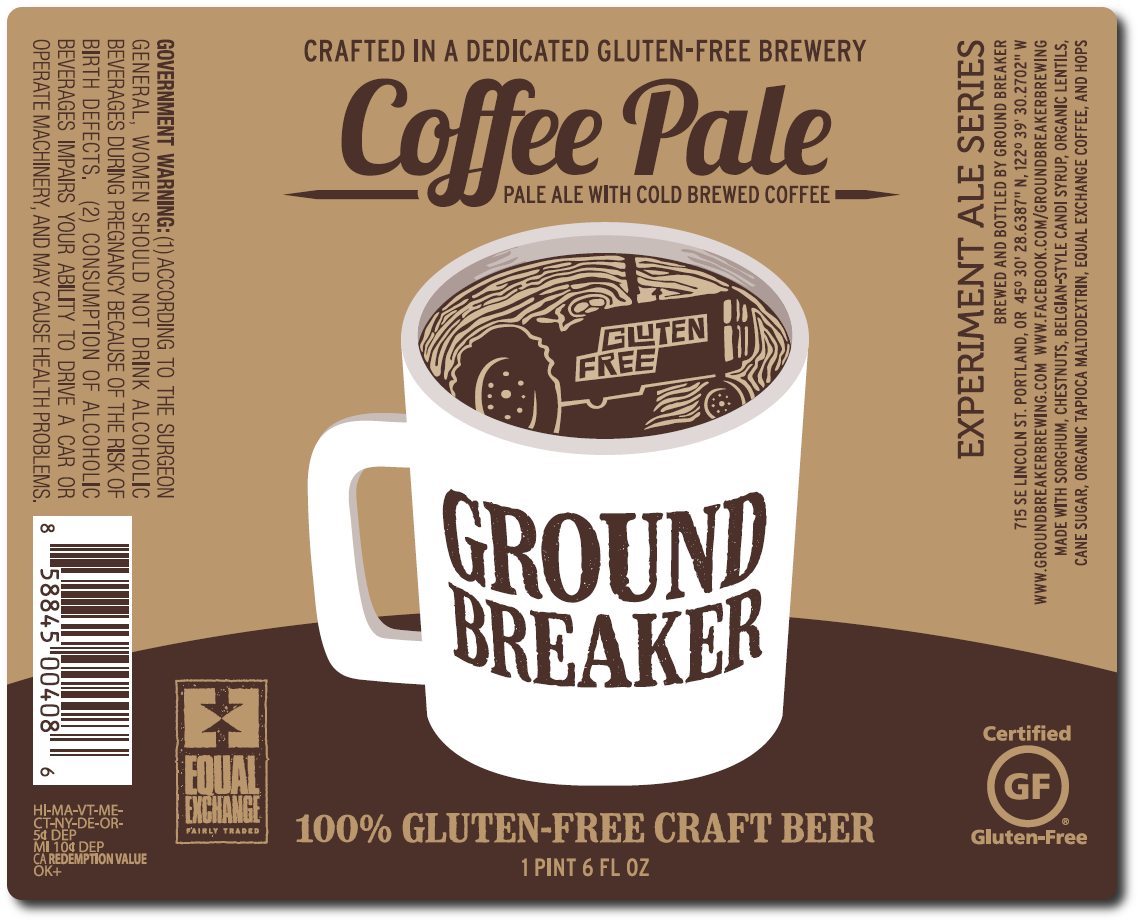 When we close out the month of March later this week, Ground Breaker Brewing will release the latest in its Experiment Ale Series with its Coffee Pale Ale. Brewed in conjunction with Equal Exchange, a pioneer in Fair Trade since 1986, this version of Coffee Pale Ale uses a Medium Peruvian roast coffee.

“Having our own pub gave us the ability to try several coffee/beer combinations and get an immediate response from our customers,” said Ground Breaker’s head of R&D, James Neumeister in a news release. “When it comes to coffee, people think dark beer would be the obvious winner but no other coffee beer we made matched the positive response we received using this pale ale and coffee combination.”

For the release on Friday there will be three small-batch Gastropub exclusives that will be accompanying the Coffee Pale Ale release. On tap will be Vanilla Cream that features additions of lactose, a generous amount of vanilla, and extra coffee. Mexican Chocolate includes chillis, cinnamon, cocoa nibs and vanilla. Valencia Coffee Pale Ale is a variant with lactose, oranges, cocoa nibs, vanilla and extra coffee.

Swing by the Gastropub on Friday to sample Coffee Pale Ale and all three variants.