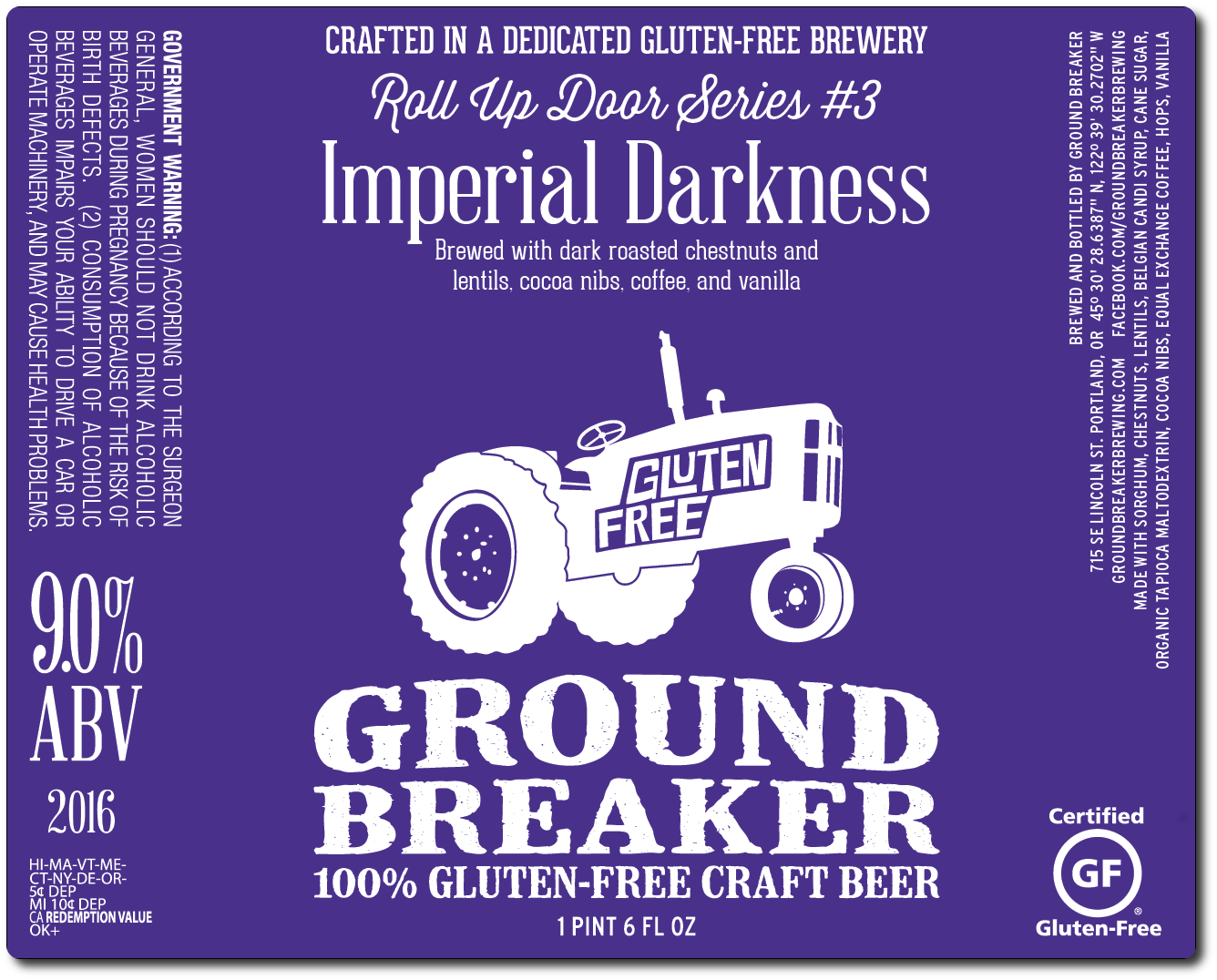 On the heels of its yearly spring seasonal, Coffee Pale Ale, Ground Breaker Brewing, Portland’s gluten-free brewery releases its second bottled coffee beer, Imperial Darkness, on Wednesday, January 25th at its Gastropub in Southeast Portland. Part of Ground Breaker’s Roll Up Door Series, Imperial Darkness is a dark gluten-free beer that incorporates coffee and cacao nibs and will be available in 22 oz. bottles and on draft.

Imperial Darkness is an imperial dark ale made with deeply roasted chestnuts, lentils, and cacao nibs from TCHO. It is then fermented with generous amounts of vanilla and Equal Exchange coffee that results in a complex wave of cocoa, coffee, vanilla, caramel flavor and aroma. With 62 IBU, Nugget and Willamette hops provide just enough bitterness for a well-balanced imperial dark ale at 9% ABV.

“It’s the darkest beer we’ve ever made,” stated Tyler Kueber, brewmaster at Ground Breaker, in a press release. “We’ve been developing this beer for over a year, with the first test batch released exclusively for our Yes We Can! Release Party.”