Out in the far reaches of Northwest Portland, Hammer & Stitch Brewing continues to release rotating beers as part of its Creation Series. These beers are served alongside the brewery’s Standards. Most recently, the brewer has released Sun Juice Hazy IPA, Optical Illusion, Hey Buddy Rice Lager, Currant Events, and In My Tree as part of this rotating lineup.

We visited Hammer & Stitch Brewing over the weekend and enjoyed a couple of beers and some food. The food menu has impressed us and on Saturday it was no different when we ordered the Tuna Melt featuring Smoked Oregon Albacore for the first time. This paired nicely with an Optical Illusion, hopped up dark lager, followed by Hey Buddy, a rice lager.

Here are descriptions from the brewery on each of the Creation Series offerings. 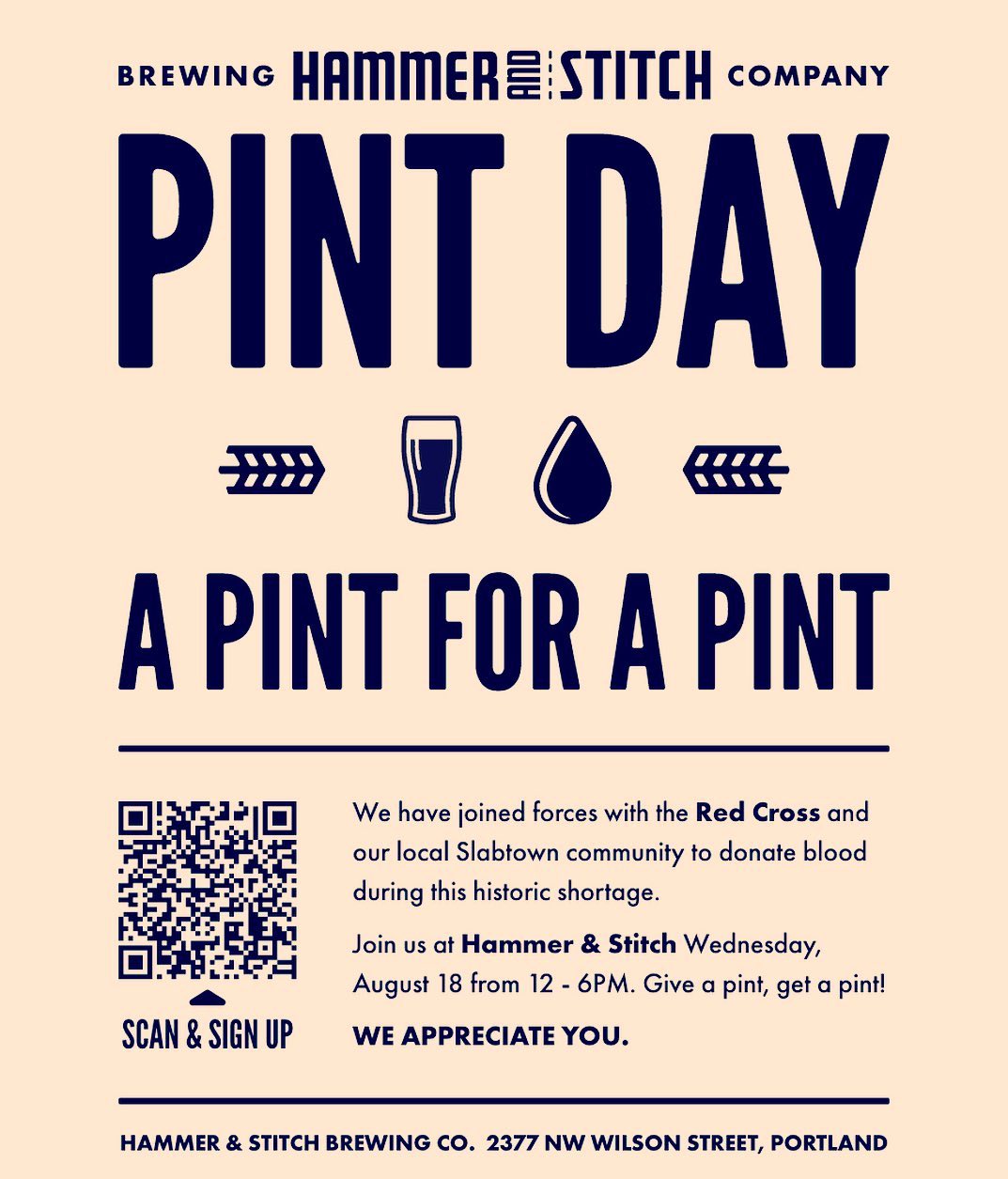 On Wednesday, August 18th, Hammer & Stitch Brewing will be partnering with the Red Cross on a Blood Drive from Noon – 6:00pm. Our blood supply is at a historic low, and those that do their part will be treated to a free pint of beer! Each person who donates blood at the blood drive will receive a coupon for a free Hammer & Stitch beverage of your choice.

Hammer & Stitch Brewing is open Wednesday – Sunday at 11:30am. Its beers are now distributed in Western Oregon via Point Blank Distributing.