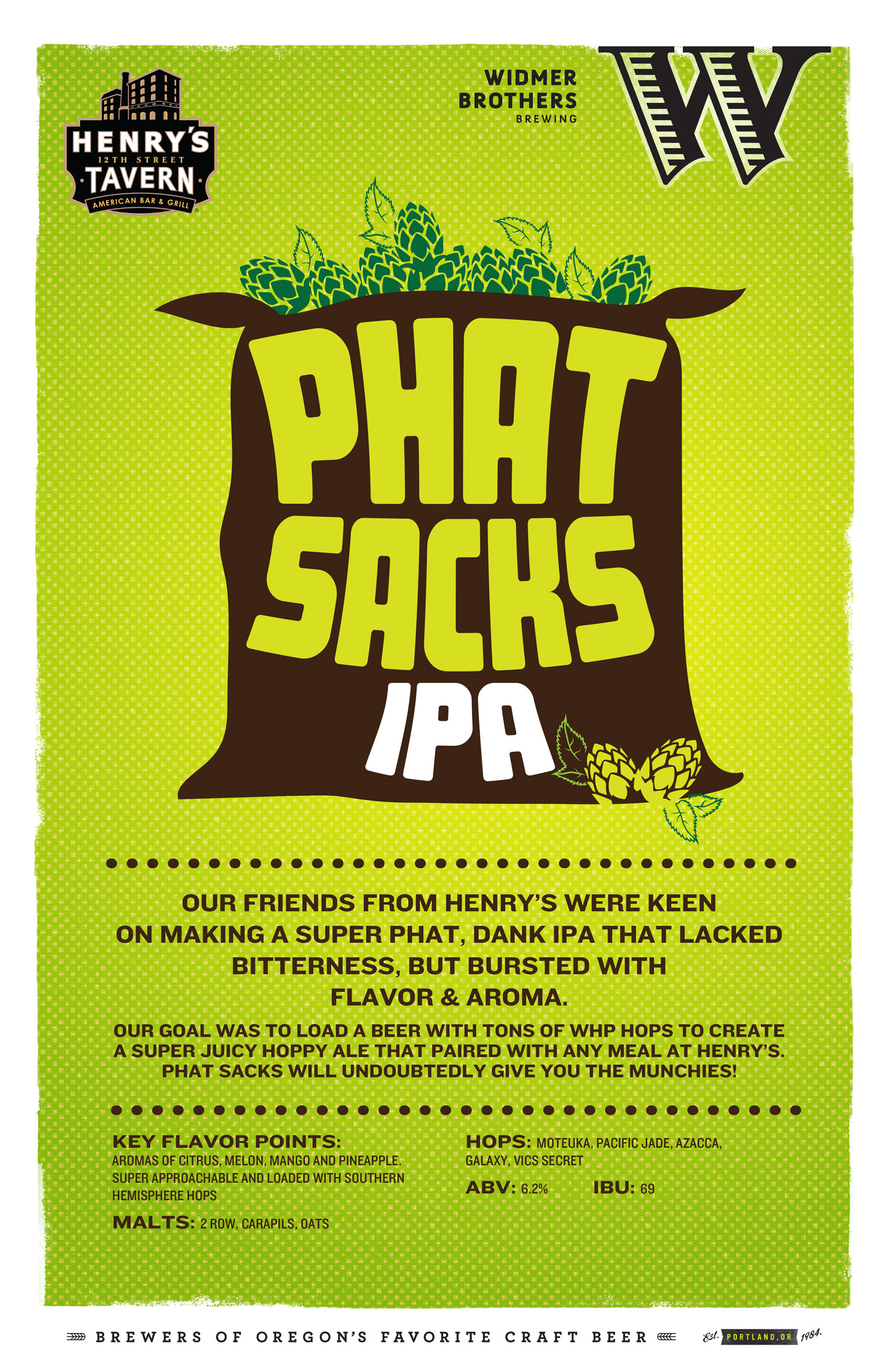 Phat Sacks IPA lacks bitterness of other standard IPAs and it bursts with flavor and aroma. Widmer Brothers Brewing loaded this beer with hops to create a super juicy hoppy ale. The beer brings forth aromas of citrus, melon, mango and pineapple. Phat Sacks IPA is very approachable and loaded with Southern Hemisphere hops.