Here are descriptions on each of the three beers provided to us by Hopworks Urban Brewery.

Chill Murray New England-Style IPA:
Chill Murray is the newest beer in HUB’s rotating Hazy IPA series. Look for notes of idiosyncrasy and unpredictability in this New England-Style IPA. Chill Murray was brewed with Skagit Valley soft wheat, organic flaked barley, organic oats, and buckets full of Eureka, Azacca, organic Citra, and Galaxy hops. On March 01 the beer will be available on draft and in limited 16oz 4-pack cans at HUB’s three pubs. Only 40 cases of cans were produced. Each 4-pack is $14 and will be distributed as follows: 28 cases for the SE Powell brewpub, 4 cases for BikeBar, and 8 cases for the Vancouver brewpub. Crowlers will be available at HUB’s SE Portland and Vancouver brewpubs. 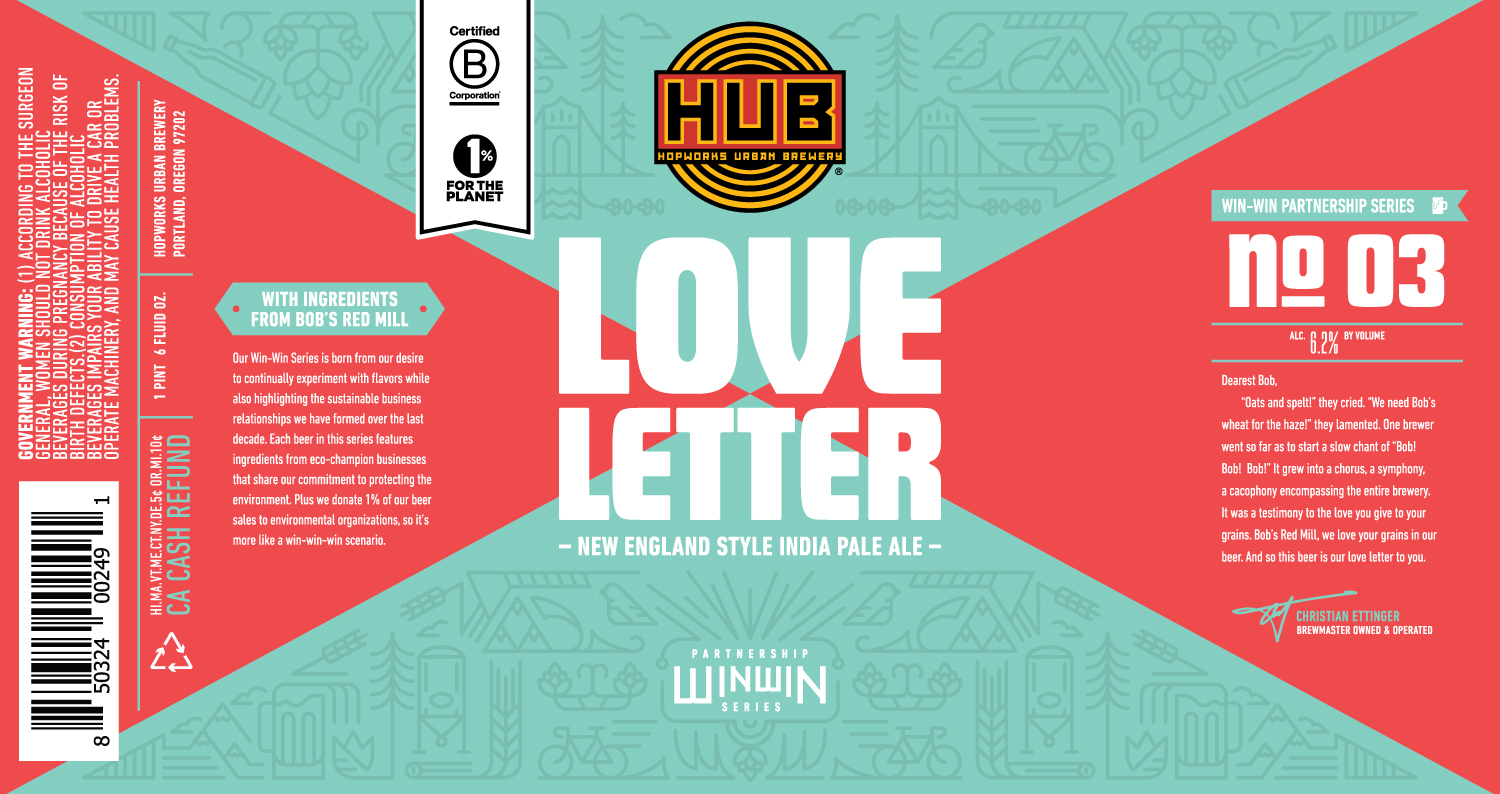 Love Letter New England-Style IPA:
Love Letter NEIPA is the third beer in HUB’s new Win-Win Partnership Series, which highlights ingredients from fellow eco-champion businesses. The beer is HUB’s love letter to Bob’s Red Mill, as it features Bob’s haze-inducing organic oats, organic wheat, and organic spelt for a velvety, fluffy texture. It is dry-hopped with citrusy and fruit-forward Jaryllo, Mosaic, and Denali hops. Check out HUB’s fun tribute video to Bob’s Red Mill here. Love Letter will be available on draft and in limited 22oz bottles at HUB’s three pubs and with limited distribution in Oregon and Washington.