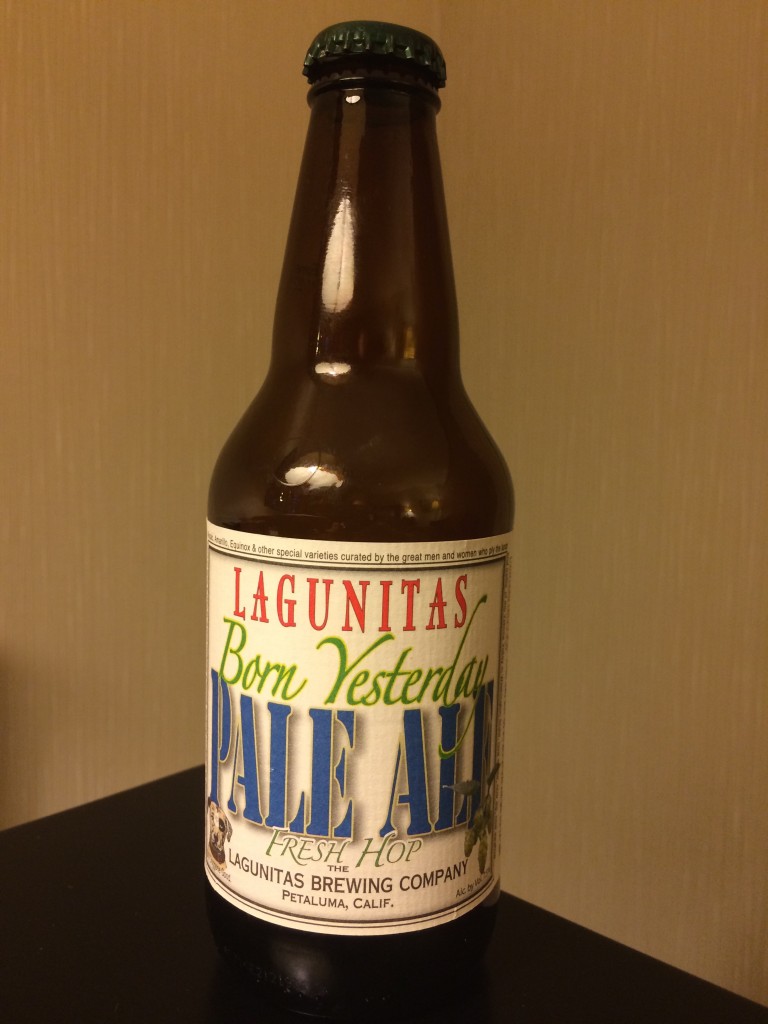 Though we are in the last week of October, Lagunitas Brewing Company has released their new fresh hop beer aptly named Born Yesterday. This limited release will be hitting store shelves and draft handles in Oregon, Washington, and California this week in 6-Packs and on draft.

Born Yesterday was bottled a mere day ago and just hit our excited hands…er mouth. The basis of Born Yesterday is a re-born version of New DogTown Pale, just with some major fresh hop additions. The kind that gets us hopheads all excited.

Lagunitas dumped a bunch of wet, un-kilned hops with all of their glorious oils intact to make this fresh hop beer. And it wasn’t just a few hops, they added 10lbs per barrel of freshly picked Amarillo, Mosaic, and Equinox hops from the Yakima Valley. The Equinox were picked on the fall equinox itself.

Below you can watch Lagunitas Head Brewmaster Jeremy Marshall visiting the hop fields to in Washington’s Yakima Valley to select the three hops that are used in Born Yesterday.

Upon cracking open Born Yesterday, hop aromas explode from the initial release of the bottle cap. Then pouring out this pale golden gem you are once again greeted with some additional strong hop presence. But the best part lies ahead when tasting this one. Hops hit the front of your mouth and linger all the way to the back end of your moth. Purl hop bliss!

The combination of Amarillo, Mosaic, and Equinox hops works quite well with this fresh hop. Sitting at 7.5% ABV, I question it being called a Pale Ale, but regardless of the beer’s classification, this beer is one to seek out for all of the many hopheads out there. 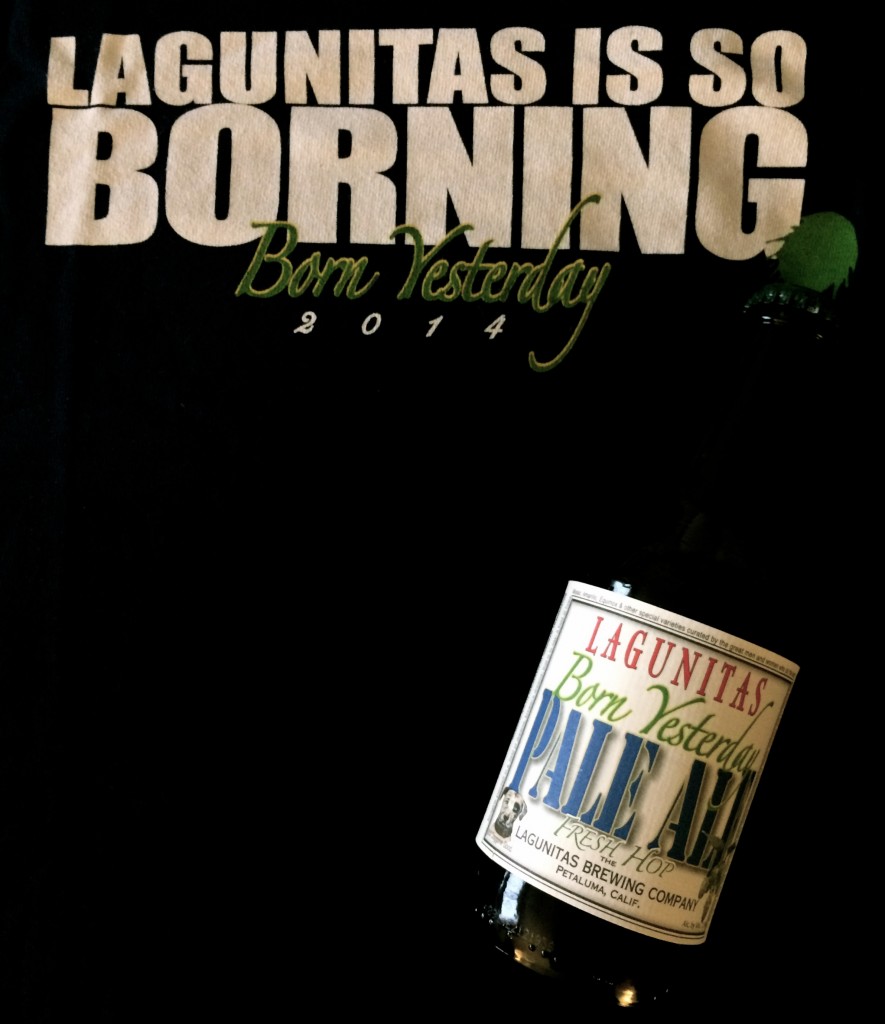 And if you’re in Portland on Thursday, October 30th, Saraveza will be tapping a keg of Born Yesterday beginning at 6:00pm. They’ll also be pouring Maximus IIPA and Couch Trippin Fusion 24. Saraveza will also be giving away the highly sought after Lagunitas mason jar pint glasses, one per person, while supplies last. Best to get there early!