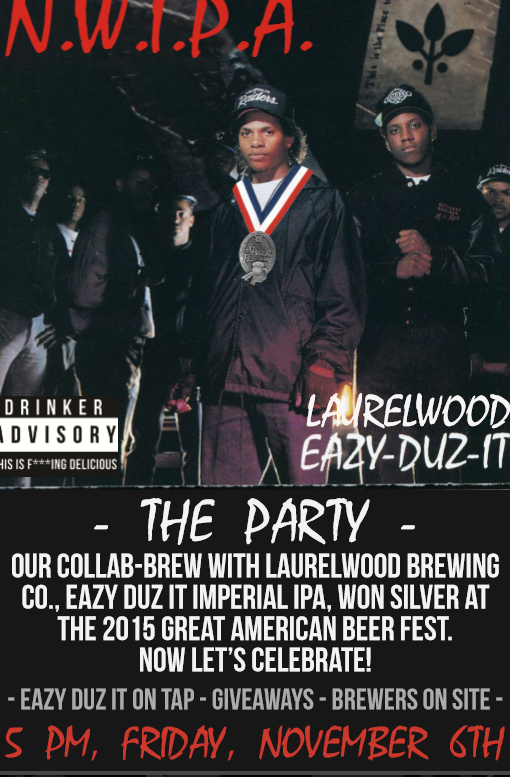 Years prior to when James Buxman assisted Laurelwood Brewing to its current craft brewing fame he met up with a young Jackson Wyatt at a professional wrestling match outside of Los Angeles in the Compton neighborhood. While Wyatt was talking about taking his career to a new level on becoming the “Cream of the Crop”, Buxman let Wyatt in on his appreciation of Gangsta Rap and the wise words of Eazy-E. After the pair wrestled on the ropes for a bit they decided on doing a collaboration of some sort in the future even though the two were from the wrong side of the tracks. 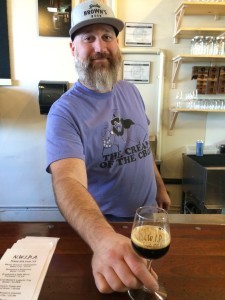 Bring this story back to the summer of 2015 when this duo met up once again in each others current hometown of Portland, Oregon. The two reminisced on what each had back in the glory days of the 80’s and then when the talk led to Eazy-E’s debut album, Eazy-Duz-It from 1998 both knew that they had something in common.

With Wyatt’s very successful IPA themed bar in Fo-Po the two knew that they had to once again work together on a new project. Buxman felt that his brewery had some of the hoppiest street cred in all of Beervana. With Wyatt’s N.W.I.P.A. set to host its upcoming Third Anniversary, he knew he had to provide his customers with something truly special. For a dark period of a few weeks both parties, along with Wyatt’s business partner Dan Huish, listened to a lot of Eazy-Duz-It on one another’s boom boxes. Then it finally clicked in Huish’s head, “How about we do a collaboration Imperial IPA and call it Eazy-Duz-It IIPA?”

Beginning at 5:00pm on Friday, November 6th try Eazy-Duz-It IIPA and celebrate with N.W.I.PA. and Laurelwood. Eazy-Duz-It IIPA will be released at N.W.I.P.A. and at the two Laurelwood locations in Portland. All three spots will feature Laurelwood brewers in attendance. We also hear that there may be some brand new Eazy-Duz-It shirts available too on this night!