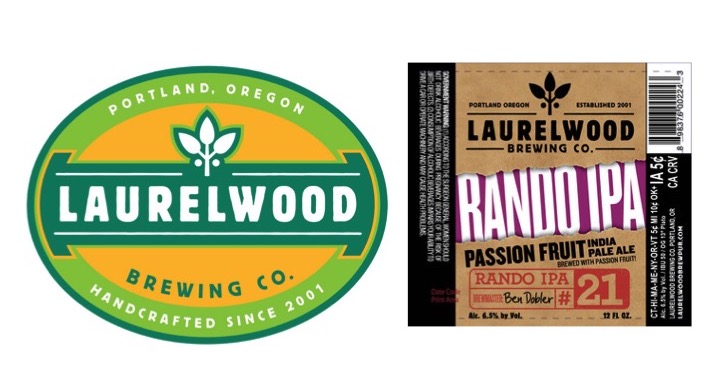 With every release in the Rando IPA Series the brewers at Laurelwood are able to experiment with new ingredients to test their skill set. With its new Rando #21 – Passion Fruit IPA the brewers at Lauelwood brewed a fruit forward IPA.

“Our Rando #20 did so well in the market this past winter that we decided to put a tropical twist on it with the passionfruit and release it during the spring,” stated Ben Dobler, Director of Brewing Operations for Laurelwood Brewing Co. in a news release. “This IPA has a unique tropical flavor to it that’ll be great to enjoy in the warmer weather.

Rando #21 – Passion Fruit IPA uses 2-Row and Crystal 40 malts to balance out the Chinook, CTZ, Cascade and Mosaic Hops and passion fruit juice that gives the beer its tropical aroma and fresh citrus taste. The beer sits at 6.4% ABV and 55 IBUs. 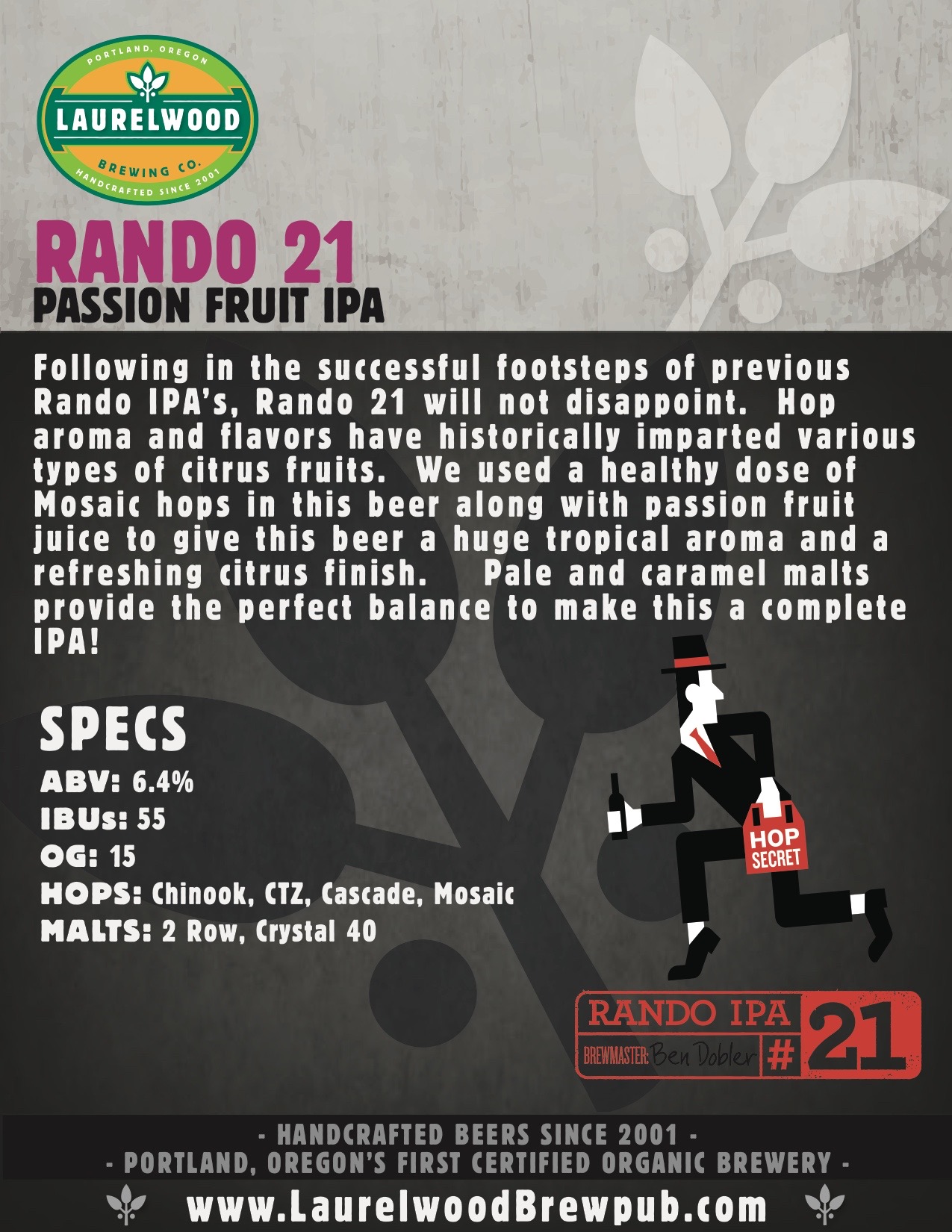 Laurelwood Brewing’s Rando #21 – Passion Fruit IPA is available on draft and in six-packs throughout Oregon and Washington through June 2017.