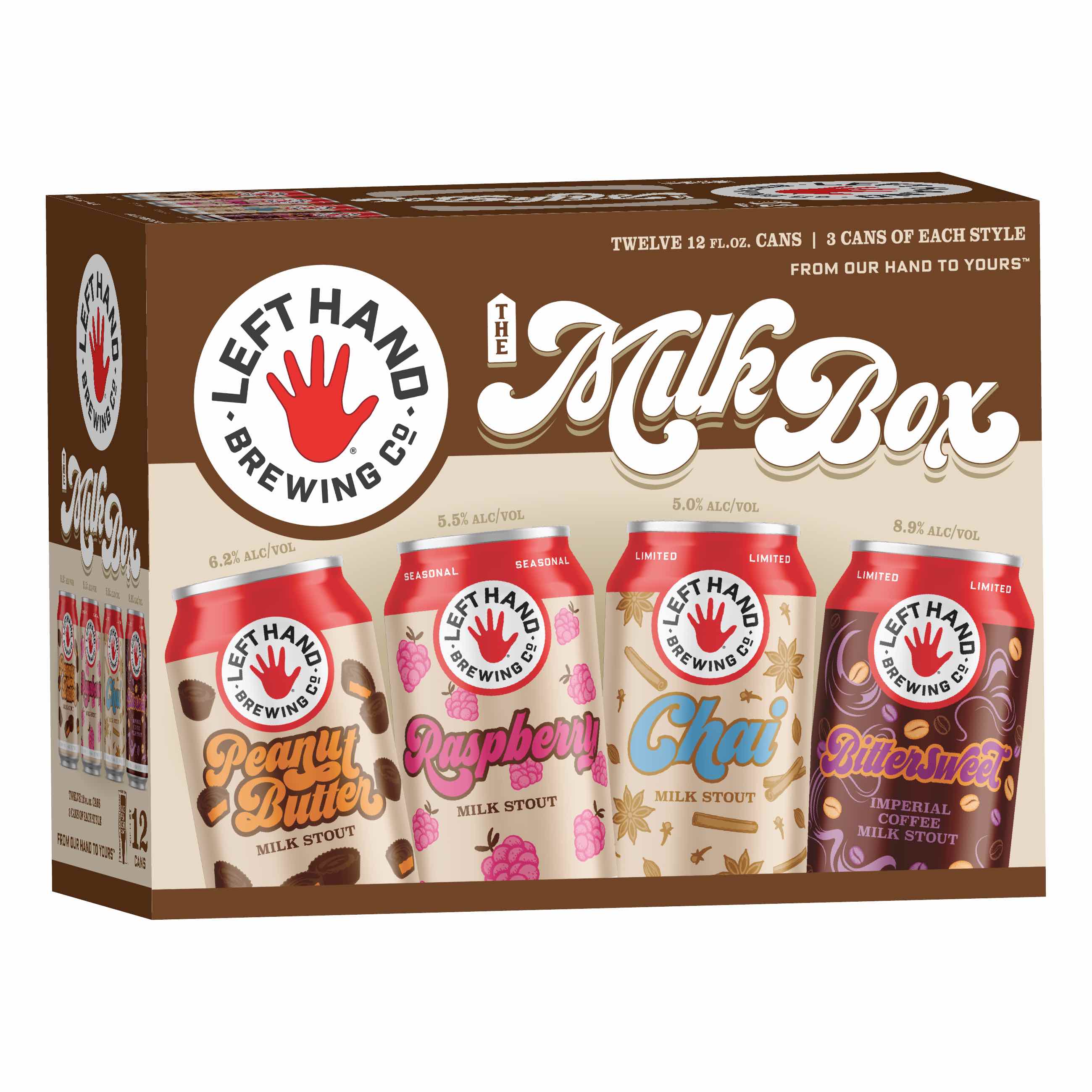 The Milk Box features four varieties in CO2 versions. This will be the first time that Chai Milk Stout will be offered in CO2 as this beer was a popular offering in the brewery’s Nitro format as a seasonal. Bittersweet makes it packaged debut in this variety pack as both this and Chai Milk Stout are only available in The Milk Box.

“We keep expanding upon the things we do best,” said Jeff Joslin, Director of Brewing at Left Hand, in a statement. “Our brewing team uses our small-batch pilot system to experiment with Milk Stout varieties, and we’re excited for the craft beer community to enjoy our favorites.”

“Indulge in our classic Milk Stout richly re-imagined four different ways,” said Jill Preston, Director of Marketing & Hospitality at Left Hand, in a statement. “America’s Stout is now a family of stouts and each one has a uniquely captivating flavor profile. Nutty and fruity, aromatic and bold. There’s a Milk Stout for every celebration this holiday season.”

The Milk Box is shipping now in 12-packs of 12oz cans. Check out the Left Hand Brewing Beer Finder for locations nearest you.