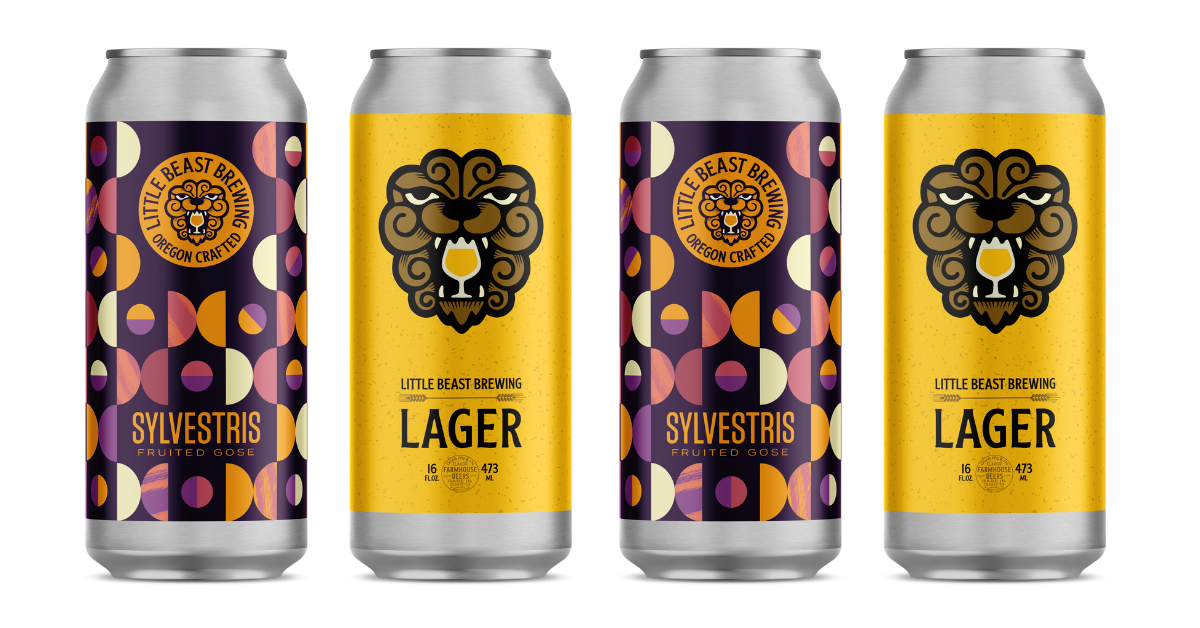 Little Beast Brewing has just released its new Little Beast Lager and will release Sylvestris Fruited Gose next week. Both beers will be packaged in 16oz 4-pack cans and will be available through limited distribution throughout Oregon, Washington, and California along with home delivery in Portland.

Little Beast Lager
Little Beast Lager is the brewery’s newest seasonal release. At 4.8% ABV, the beer is designed to be incredibly easy drinking with a light malt profile that finishes crisp and clean. The lager is fermented with Augustiner yeast and is brewed with 100% German heritage and German grown hops and malt. Hopped with Hallertauer Mittelfrüh and Perle hops on the hot side, the lager is then lightly dry hopped with Mandarina Bavaria for a soft boost of citrus, spice, and berry flavor.

Sylvestris Fruited Gose
Sylvestris is a Fruited Gose beer that releases on Wednesday, April 8 to stores and for at-home delivery. To make Sylvestris, Head Brewer Charles Porter transfers a beer fermented with lactobacillus directly onto second-use whole Pinot Noir cluster grapes where it picks up a light rosé color before being blended into another fermenting wort. In addition to the coloration, the fruit gives the beer grape, green peppercorn, and black peppercorn flavors. Coriander and salt are added in true Gose style.

To order home delivery from Little Beast Brewing in the Portland area check out shop.littlebeastbrewing.com for the brewery’s selection of available beers.