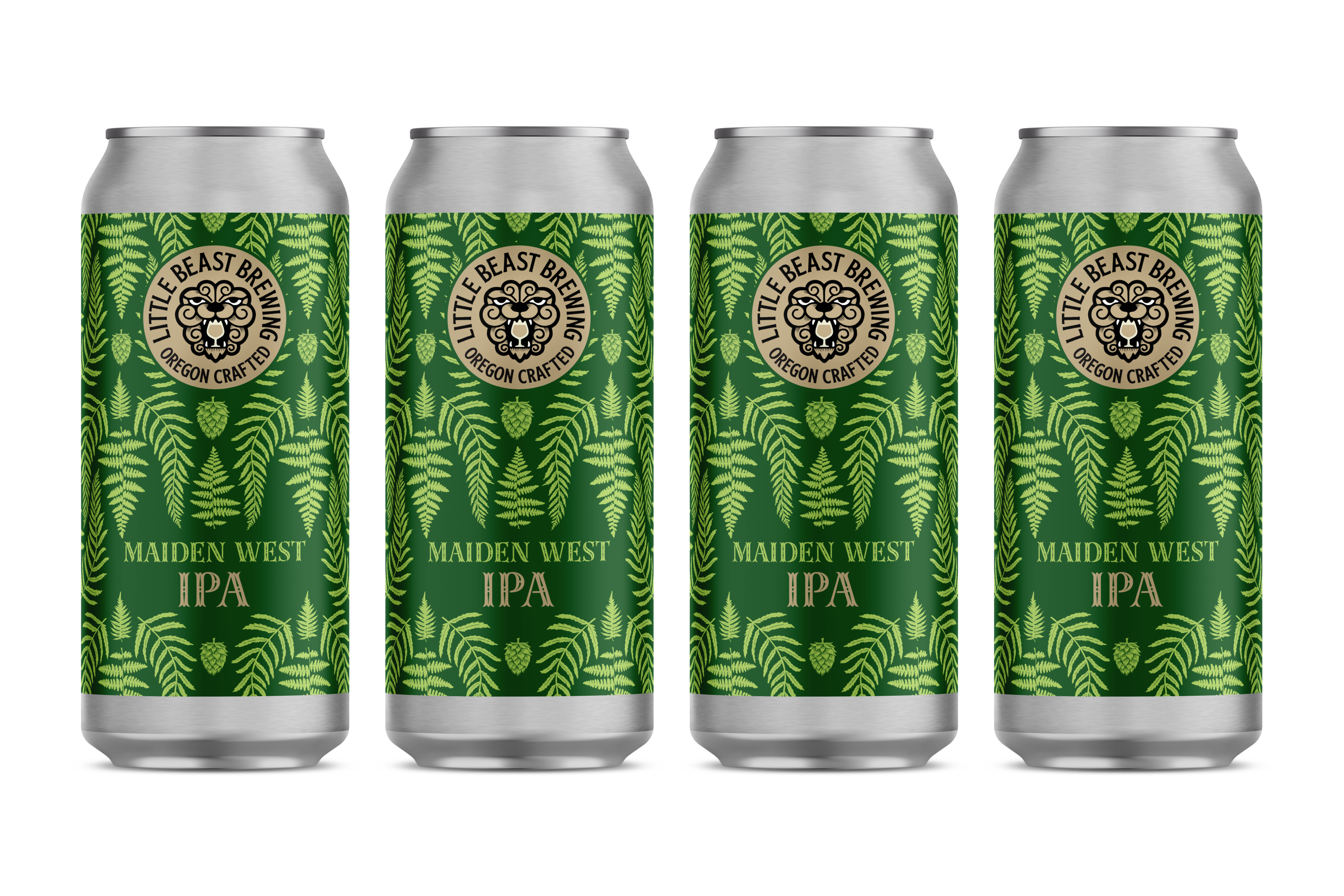 On its latest beer release, Little Beast Brewing has brewed a beer that veers off from what the farmhouse-style brewery is most known for. Maiden West IPA is a West Coast IPA that joins the brewery’s current seasonal offering in 4-pack 16oz cans throughout the brewery’s distribution network along the West Coast.

“In the Pacific Northwest there aren’t many beers that embody our ethos quite as well as the West Coast IPA,” said Little Beast Brewing co-founder and brewmaster, Charles Porter, in a statement. “We modeled our Maiden West IPA after my favorite versions of the style, giving it a beautiful balance between bitterness, hop aroma, and malt sweetness.”

Maiden West will be available beginning on Saturday, January 18th at the Little Beast Beer Garden and is available alongside Fólkvangr Norwegian Farmhouse Ale until the Spring.