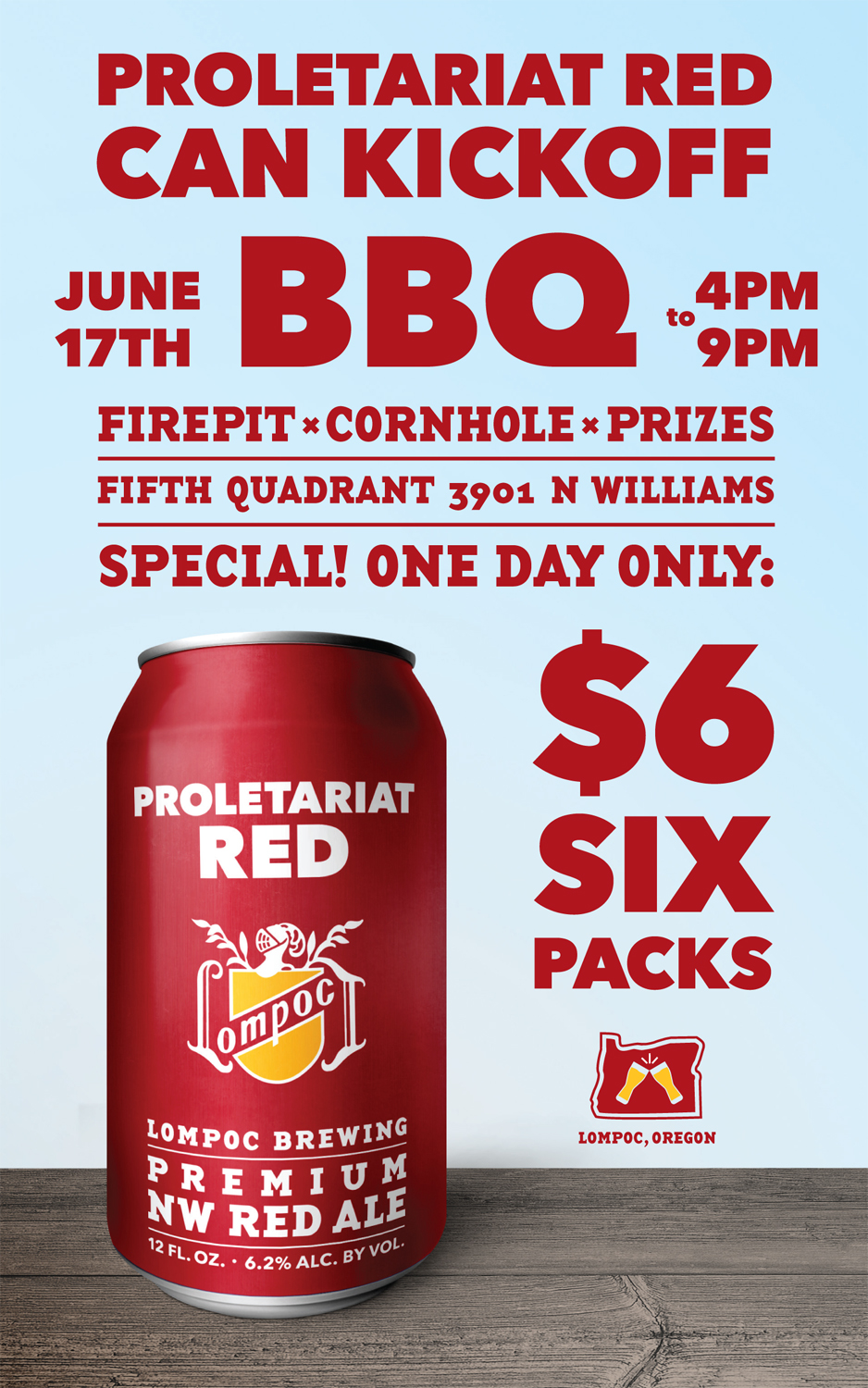 PORTLAND, Ore. – May 31, 2017 – Lompoc Brewing’s award-winning Proletariat Red is now available in 12 oz. cans, sold as a six-pack, joining the flagship beer’s availability on draft and in 22 oz. bottles. The cans can be purchased at the brewery’s Fifth Quadrant and Sidebar locations (3901 N Williams Ave.), and in select stores throughout the Portland metropolitan area.

Lompoc has announced a BBQ party to celebrate the release of the cans on Saturday, June 17, from 4pm to 9pm at its Fifth Quadrant pub. There will be corn hole games, prizes, BBQ food specials and a fire pit. The six packs will feature special pricing that day, and the brewery’s Lömpocker Hoppy Kölsch and new Lomporter will be available on draft. Admission to the event is free.

A silver medal winner at the 2015 Great American Beer Festival, Proletariat Red is deep chestnut in color, and features toasted malt with biscuit undertones leading to caramelized pear and cinnamon. It strikes a complementary balance between malt and hops, and weighs in at 6.2% ABV. 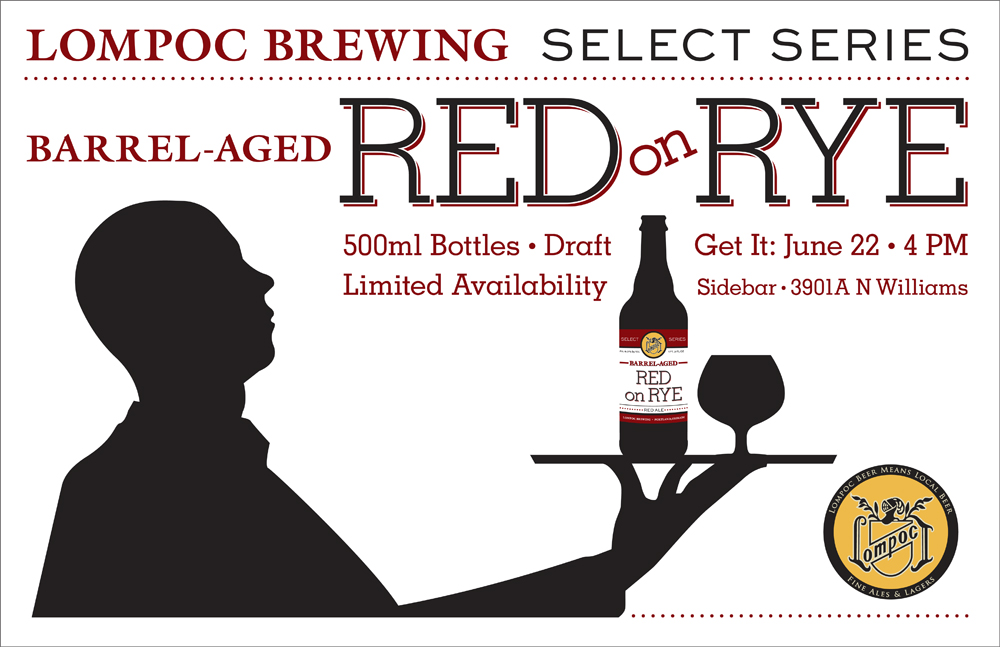 Lompoc is also debuting a new Select Series later this month: Barrel Aged Red on Rye will be released in 500ml bottles and on draft on Thursday, June 22 at 4pm at Sidebar. Barrel Aged Red on Rye was aged in Heaven Hill Rye Whiskey barrels for 10 months. Crimson in color, it features oak in the nose to complement a malty body with caramel flavors. It was brewed with Rauch malt, giving off a touch of smoke and acidulated malt giving off a slight tartness (6% ABV).

About Lompoc Brewing
Lompoc Brewing creates eight flavorful year-round beers, plus a ridiculous number of seasonals. You can find Lompoc Beers in 12-ounce and 22-ounce bottles, 12-ounce cans, and on draft at locations in Oregon and Washington, and at its five Portland neighborhood pubs: Fifth Quadrant and Sidebar in North Portland, Hedge House and Oaks Bottom in Southeast, and the Lompoc Tavern in Northwest. Proudly brewed in Lompoc, Oregon, a state of mind; if you’re here, then you’re already there.