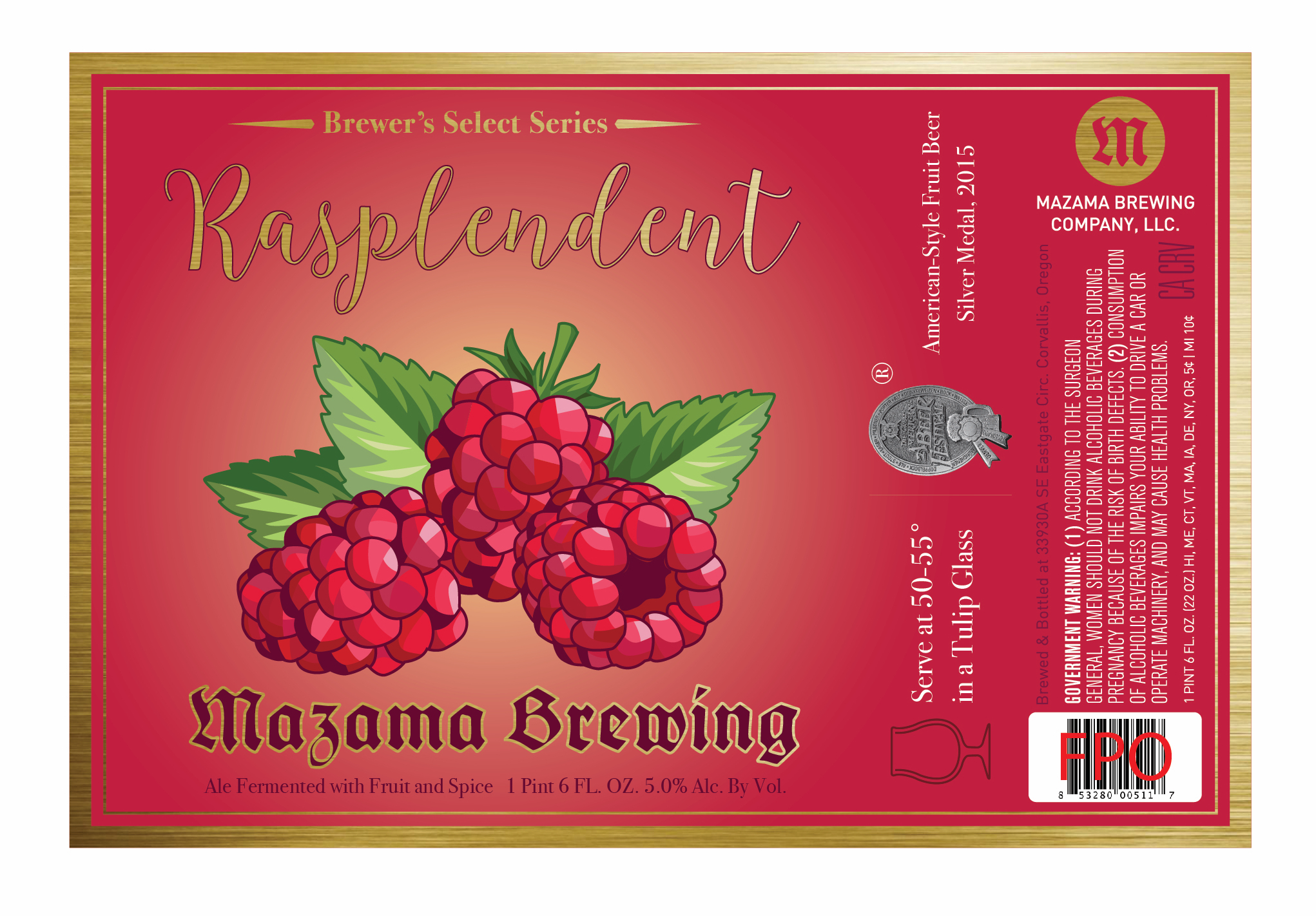 “Oregon raspberries are the inspiration for this beer,” said Jeff Tobin, owner & head brewer at Mazama Brewing Co. “We wanted to bring the flavor of raspberries to every sip. Raspberries add a full-bodied flavor to this beer, while the hibiscus adds tartness for balance. It’s like eating a bowl of fresh-picked raspberries. We can’t think of a more perfect beer to enjoy this summer.”

Rasplendent pours a deep ruby red color with a thick collar of pink foam. It is a tart and refreshing beer that drinks similar to a raspberry lemonade. Rasplendent pairs well with rich desserts like homemade vanilla ice cream or a classic cheesecake, and is contrasted by a nice Manchego cheese and some salted pistachios.

About Mazama Brewing Co.
Mazama Brewing Co. is a family owned and operated Craft brewery located in Corvallis, OR founded in 2012. Mazama Brewing specializes in true to style Belgian and American inspired beers that feature the best local ingredients we can find. Our goal is to offer premium products that keep people asking for more and broaden the Craft Beer market.