For fans of dark beers this is a great time of year. And if it’s a Porter that you’re looking for search no further than your local McMenamins location as today the longtime brewery officially releases its Black Widow Porter on draft and in 22 oz. bottles.

Originally brewed on October 15, 1991 at McMenamins Thompson Brewery in Salem, Oregon, Black Widow is now brewed at all McMenamins breweries for all within the reach of the storied chain to enjoy. This deep, black elixir brings forth strong roasted malts and a slight hint of licorice. Beyond these enticing flavors for cool fall evenings this beer leaves a strong Belgian lace. For fans of a big, bold Porter; look no further than Black Widow. 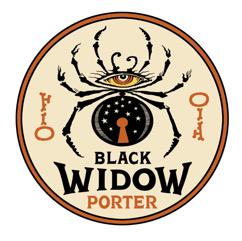 And to make the 24th year of Black Widow more appealing McMenamins is releasing a few different versions of this Porter. Here’s a listing of these upcoming releases.

Don’t delay your visit to your local McMenamins as Black Widow Porter is available October 15 through Halloween.