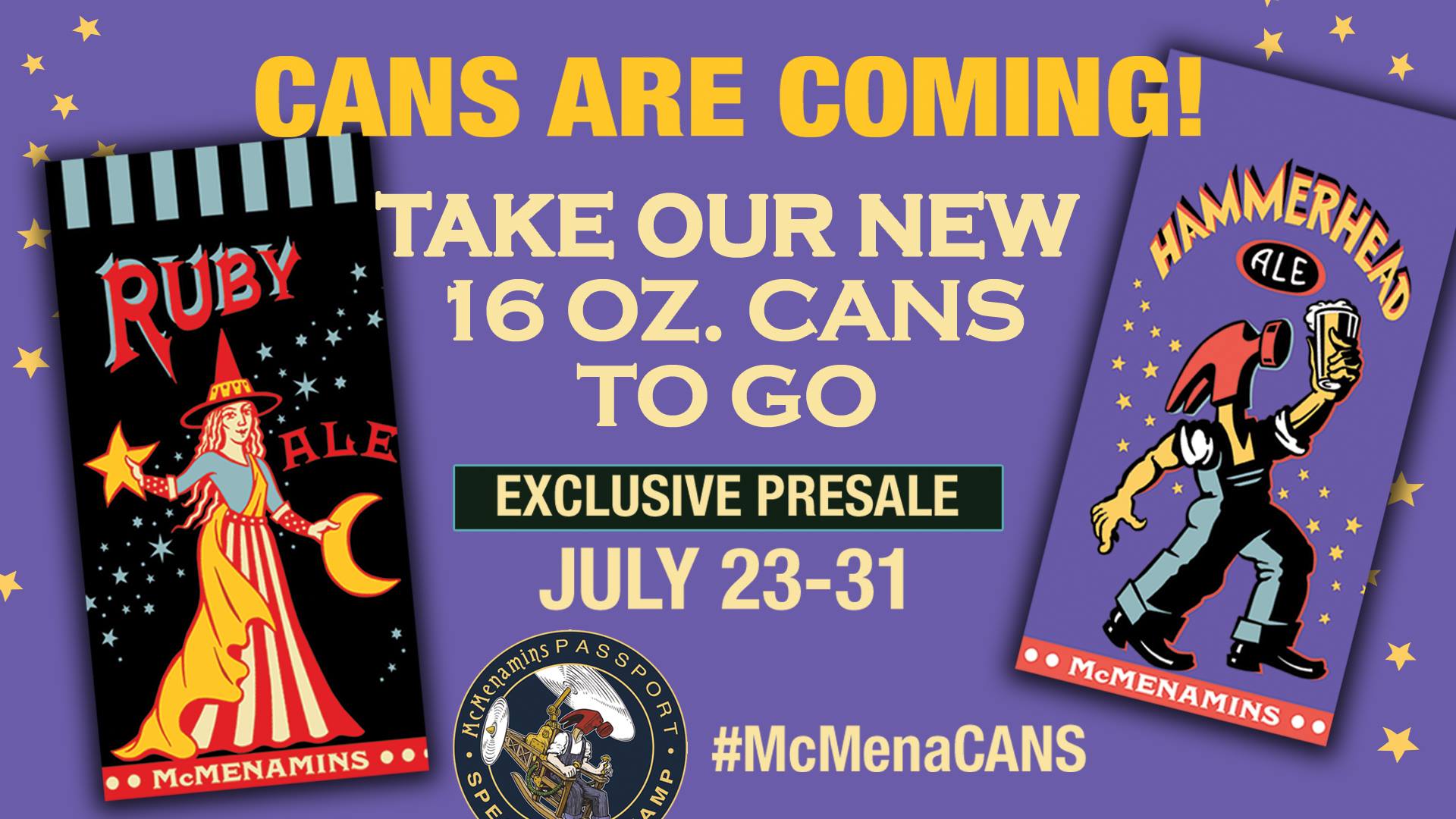 The latest Oregon brewery to join the canned beer craze also happens to be one of the oldest. Beginning on Saturday, July 23, McMenamins will launch two of its oldest and most popular beers, Hammerhead and Ruby in 16 oz. cans. The releases will take place at its 23rd Avenue Bottle Shop beginning at 10:00am and then at Edgefield Gift Shop beginning at 11:00am.

To assist in the launch for McMenamins Passport holders, there will be a special “inaugural batch of Cans” stamp. The stamp will be available for anyone who buys a can or cans at these two locations only for the inaugural batch. Also make sure to share your photos with the new can offerings to wind prizes and gift cards throughout the month of August. Just use hashtag #McMenaCANS to enter.

Hammerhead
A classic Northwest Pale Ale and McMenamins Standard. This rich chestnut colored gem is a model of harmony between hops and malted barley. Hammerhead’s signature Cascade Hop nose and intense hopped flavor blend nicely with the caramel tones from the Crystal Malt. This beer has a vocal following; to run out is an unforgivable sin.
Malts: Premium 2-Row, Bairds Crystal 70/80
Hops: Cascade
Original Gravity: 1.056
Terminal Gravity: 1.010
Alcohol by Volume: 6.0%
Calories: 241 per pint

Ruby
One of our most popular standards, we still make Ruby with the same aims we had when brewing the first batch back in March of 1986: To create an ale light, crisp and refreshingly fruity. Great Western Premium 2-Row and 42 pounds of Oregon-grown and processed raspberry puree is used to craft every colorful batch. Simple but delicious.
Malts: Premium 2-row, Maltodextrin
Hops: Chinook
Fruit: Raspberry
Original Gravity: 1.039
Terminal Gravity: 1.005
Alcohol by Volume: 4.0%
Calories: 170 per pint

Beyond these two can offerings; McMenamins 23rd Avenue Bottle Shop now fills 32 oz Crowlers from its extensive draft list. Prices begin at $7.00. This is a great way to take some McMenamins seasonals or one of their guest taps to go for your outdoor activities.