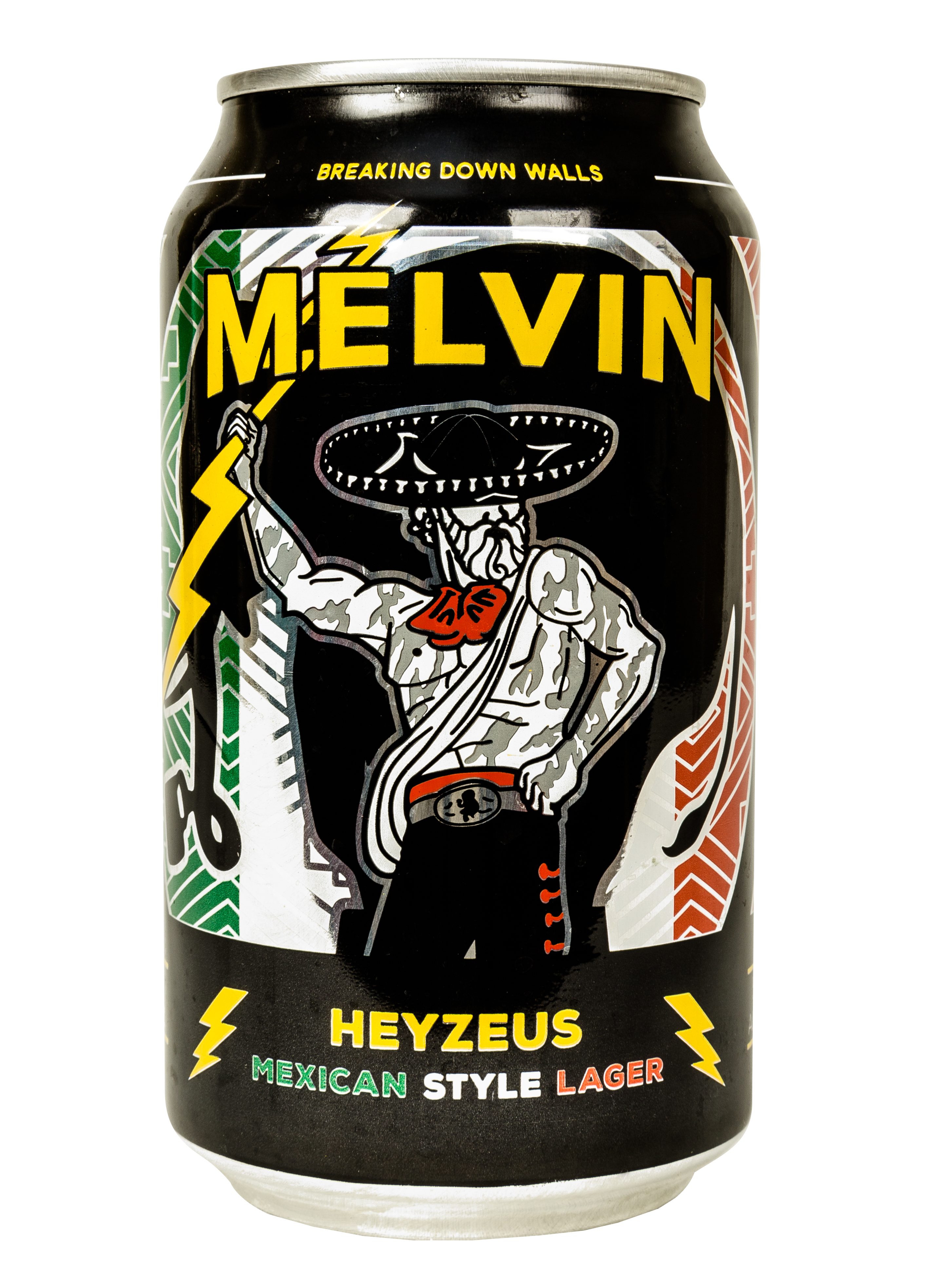 Inspired from the beers south of the border in Mexico, Melvin Brewing now enters the fray with its new Heyzeus Mexican-Style Lager in 12 oz. cans.

Heyzeus was once only available on draft but now this Mexican-Style Lager is now available in convenient 12 oz. packaging. This light bodied lager is described as being “Halfway between awesome and fantastico, Heyzeus delivers canned lightning with all-day drinkability and the great quality that beer geeks expect from the great Cerveceria de Melvin.”

“Step aside “Rosé All Day,” there’s a new day drinking compadre in town and his name is Heyzeus!” said Jeremy Tofte, co-Founder of Melvin Brewing in a statement. “Crisp, refreshing and clocking in at a ridiculously sessionable ABV of 4.0%, I drink the living hell out of this beer.”

Heyzeus offers bright floral aromatics along with a dry, and balanced finish. This light-bodied, slightly tart lager was designed for easy summertime drinking. As Jeremy states, “Check your baggage at the door, because Heyzeus ain’t got time for Debbie Downers.”

WASHINGTON
Friday, August 18th
Host:  Special Brews
Address: 14608 WA-99, Ste 307, Lynnwood, WA
Time:  11a.m.-9 p.m.
Melvin Wallbangers: three raffles over the course of the day to run through a wall of empty beer cans, the biggest and best being the last.  “El Mago Mejor”: an all day contest of customizing your very own wizard-staff to be voted on BY the staff of special brews. And, of course, some very special chips n salsa arrangements.