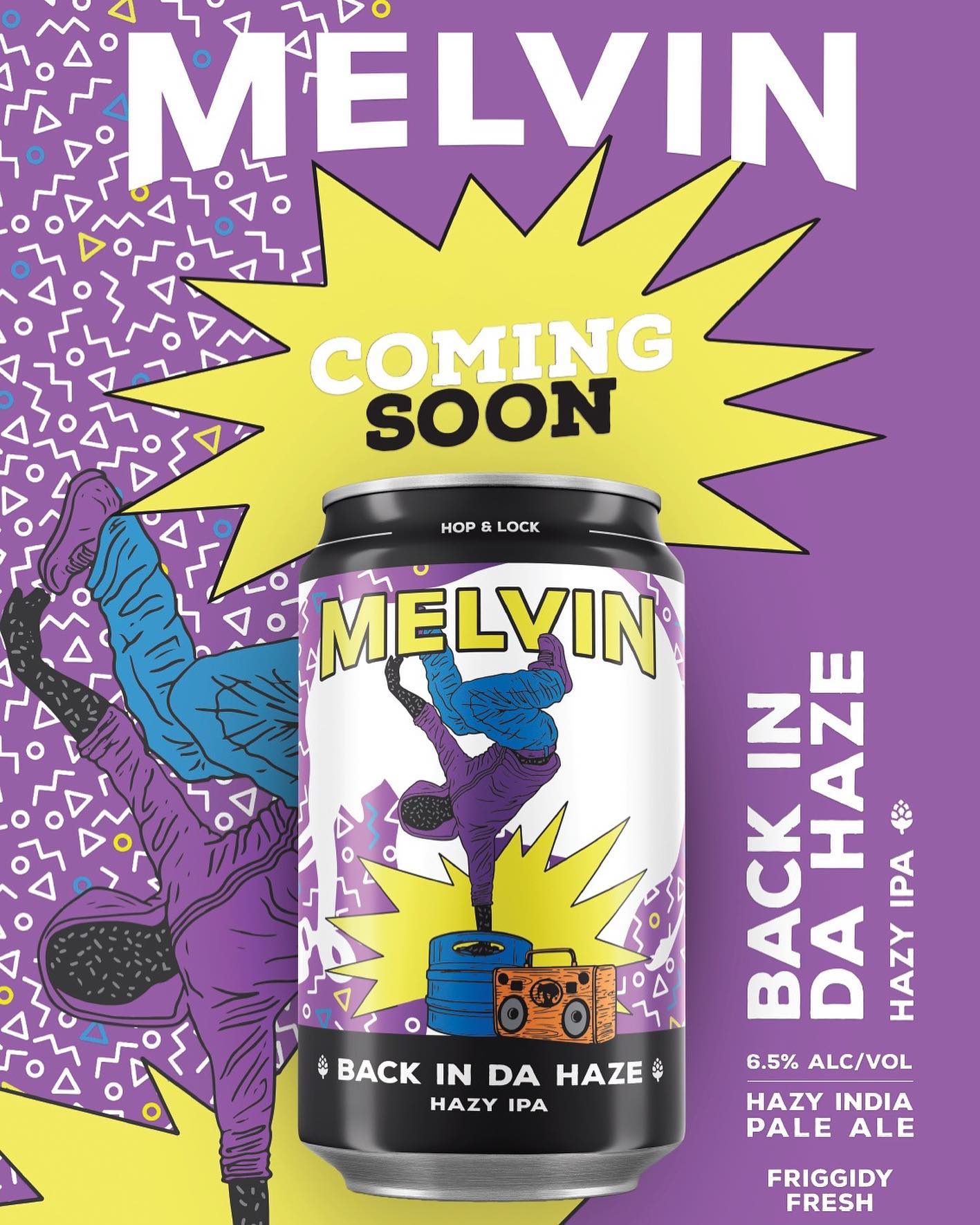 As we roll into August, Melvin Brewing is set to release its latest Hazy IPA with Back In Da Haze as part of its ExperiMENTAL Beer Series.

In developing Back In Da Haze, Melvin Brewing took inspiration from “an ‘80s-style groove reminiscent of bring your own cardboard break dancing to boom boxes on the sidewalk”. The only difference is that this time is a bit hazier and packaged in an aluminum can.

Back In Da Haze features another one of Melvin’s signature can designs by Kelly Halpin. Sitting at 6.5% ABV and 58 IBUs, Back In Da Haze is described as a tropical dreamsicle with hints of pineapple, coconut, and the whole family of island fruits. The beer will be packaged in 12oz, 16oz and 19.2oz cans, perfect for taking wherever your adventure leads.

“Back in da haze of the Thai Me Up (original brewery) days, we were dropping fresh loads of hops into our beers after the boil, and even more in the fermenter,” said Melvin Founder Jeremy Tofte, in a statement. “People thought we were crazy: Why would you waste so much money and hops?! Turns out we were making beer from the future. Now they call it ‘cold pooling’ and DDH.”

Times have certainly changed but Melvin is still blasting IPA’s with juicy flavors for the hopheads, now with a bit more haze. Melvin started recipe development for Back in Da Haze with its now-famous Me, Myself & Thai, a New England-style IPA that received a 99 percent rating from Craft Beer & Brewing. 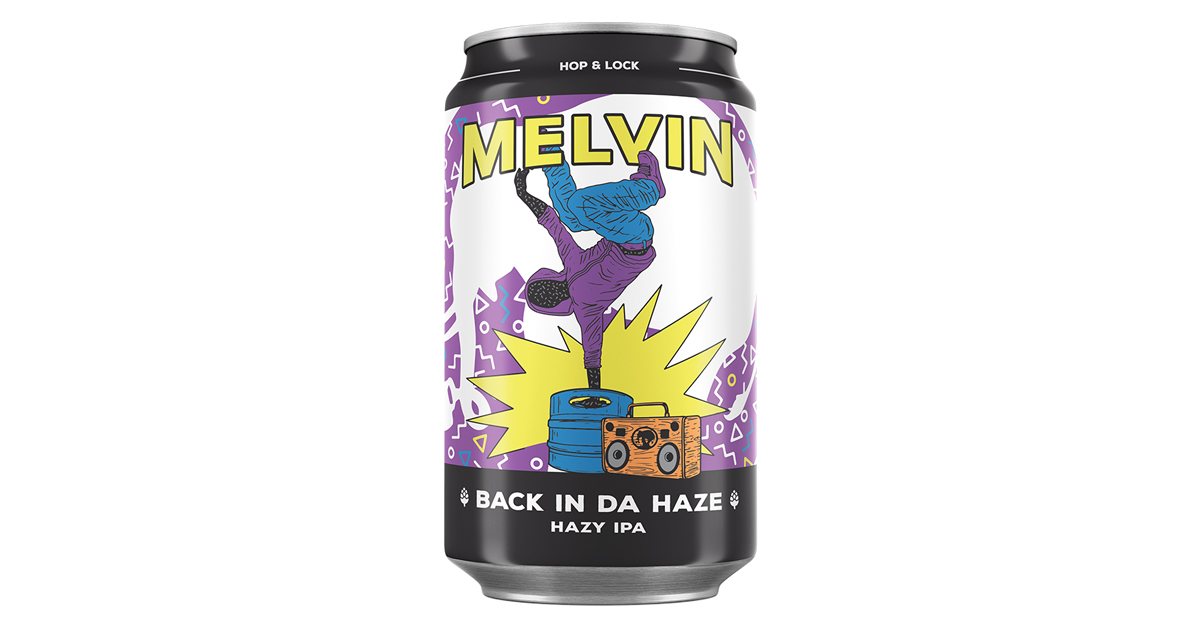 “We decided to tone it down just a touch, and laid down this crushable groove with Sabro, Citra and Mosaic hops, bringing tropical dreamsicle flavors to keep your taste buds dancing,” said Tofte in a statement.

In conjunction with the roll out of Back in Da Haze, Melvin is releasing a new line of Back in Da Haze merchandise through its shop and Text-to-Win sweepstakes galore. Look for opportunities to win great prizes like custom coolers from Rovr and your new favorite pair of retro shades from Pit Viper and with custom party shirts in collaboration with Party Shirts International.