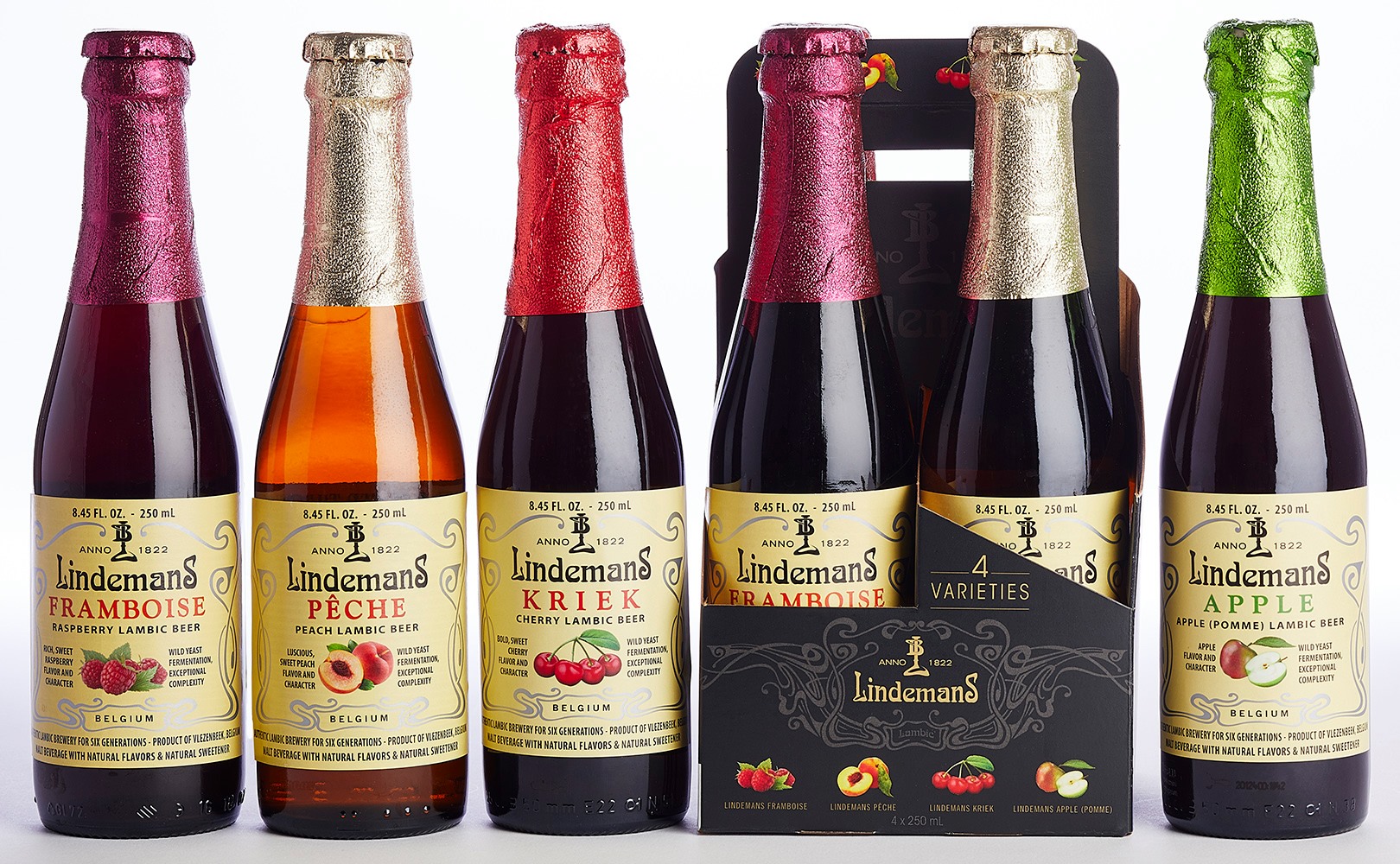 Lindemans Framboise (2.5% ABV) is the best-selling lambic in the US, and one taste shows why: the deep complexity and aromatic sour notes from lambic fermentation are perfectly balanced with sweet flavor and inviting aroma of raspberries. Pêche (2.5% ABV), with a bushel of fresh peaches in both bouquet and flavor; Kriek (3.5% ABV), offering the deepest red color, pink head, and superb cherry aroma; and Apple (3.5% ABV), with an aroma that’s a walk through a spring orchard and flavor suggesting a perfectly ripe, crisp and sweet green apple.