Montavilla Brew Works continues to keep its pub closed to the public but this has not stopped the brewery from continuing to brew its beer. Today the brewery has announced the canning of a few additional beers too keep its customers content during these difficult times. Available in 4-pack, 16oz cans are Stratamacue Fresh Hop IPA, Red Krush Northwest Red Ale, and Bipartisan Coffee Porter. MBW’s fifth anniversary beer, Lil’ More Righteous ISA, was also re-brewed with a limited number of cans available only at the brewery as the other three beers will be going out to retailers in the area.

Since mid-March, Montavilla Brew Works has shut its doors to the public. This was not an easy decision but was one that its staff felt was necessary due to the pandemic. “As painful as that decision was, it was important to give our staff time to acclimate to a new way of doing business while keeping them and our customers safe,” said Michael Kora, MBW founder and head brewer, in a statement. “With a very limited staff now, I’m very proud of the extra effort, initiative, and ‘can do’ spirit that our team has embodied. We look forward to the day when drinking a pint at the taproom and leaving with a four-pack of IPA is a reality. Until then, we are doing what we feel is best for us, our community, and our dear friends––our customers.”

But today the brewery will begin selling a few additional cans of its beers to satisfy its fans. “We’re excited to release some of our more popular brands that our customers have been missing on draft,” said Kora, in a statement. “While we sorely miss our friends who want to drink beer on premise, our ability to switch gears to a wholesale and to-go operation has been very successful for the long-term growth of the brewery. We are reaching thousands more beer drinkers now through the growth of wholesale and grocery account partnerships––including Green Zebra, Market of Choice, New Seasons, and Grocery Outlet––along with many fine taprooms and bottle shops in the Portland Metro area and along the Oregon Coast.”

Here are descriptions on each of the three newly canned beers as provided by Montavilla Brew Works. 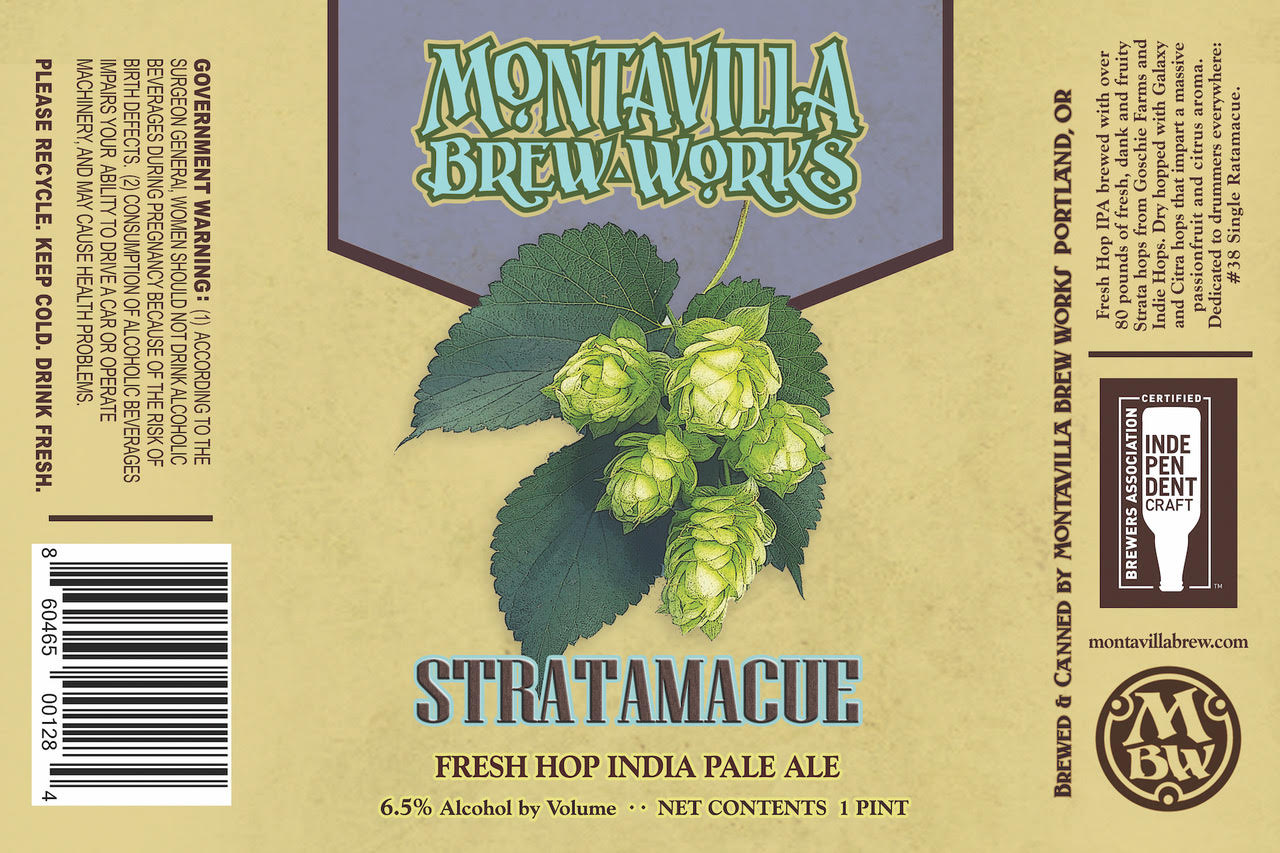 Stratamacue Fresh Hop IPA
Brewed with over 80 pounds of fresh, dank and fruity Strata hops from Goschie Farms and Indie Hops, then dry hopped with Galaxy and Citra hops that impart a massive passionfruit and citrus aroma. Stratamacue commemorates Kora’s past profession as a drummer and is dedicated to drummers everywhere (#38 Single Ratamacue is an essential drum rudiment). 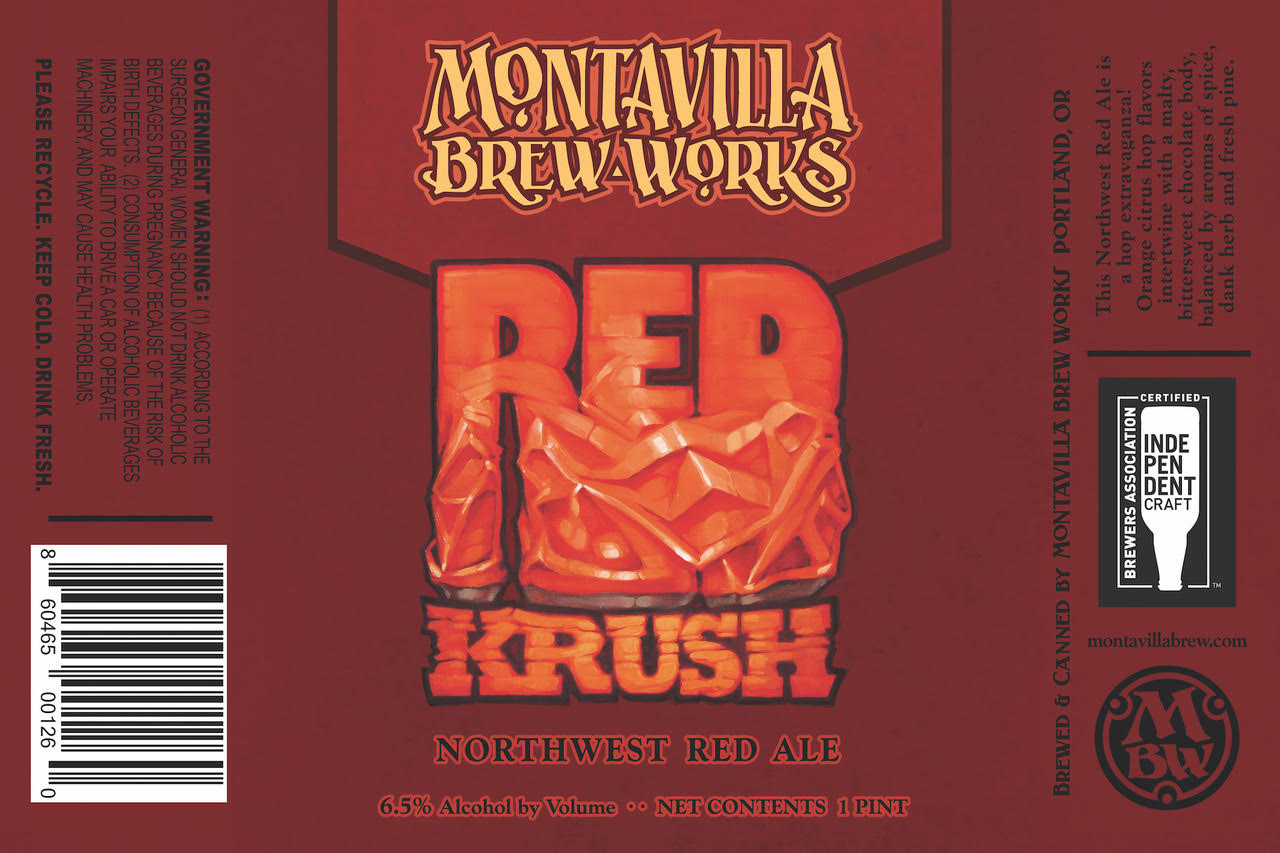 Red Krush
A Northwest Red Ale that has been a taproom staple since 2015. Orange citrus hop flavors intertwine with a malty, bittersweet chocolate body that’s balanced by aromas of spice, dank herb, and fresh pine. 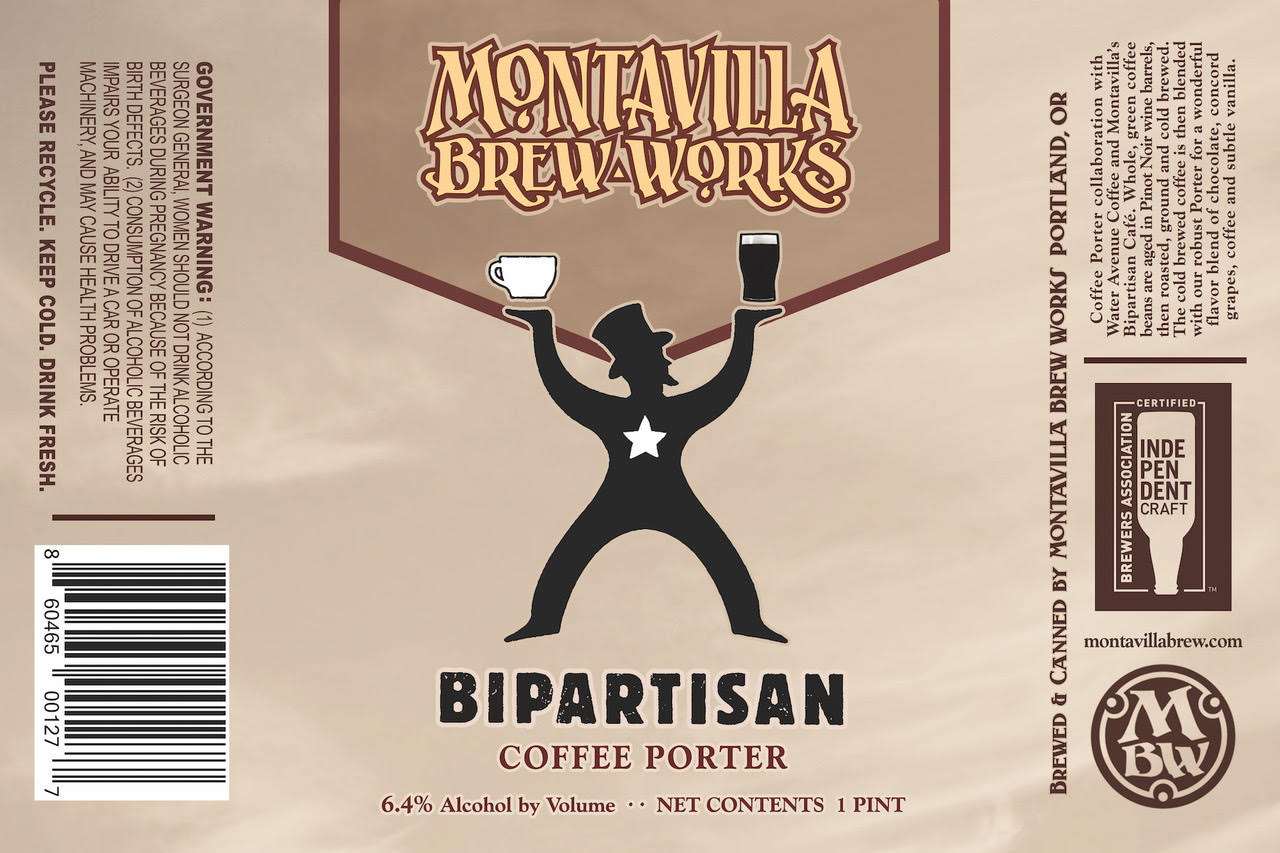 Prepay and pickup orders can be placed through MBW’s online store at https://montavillabrew.square.site. The brewery also offers free next day home delivery.