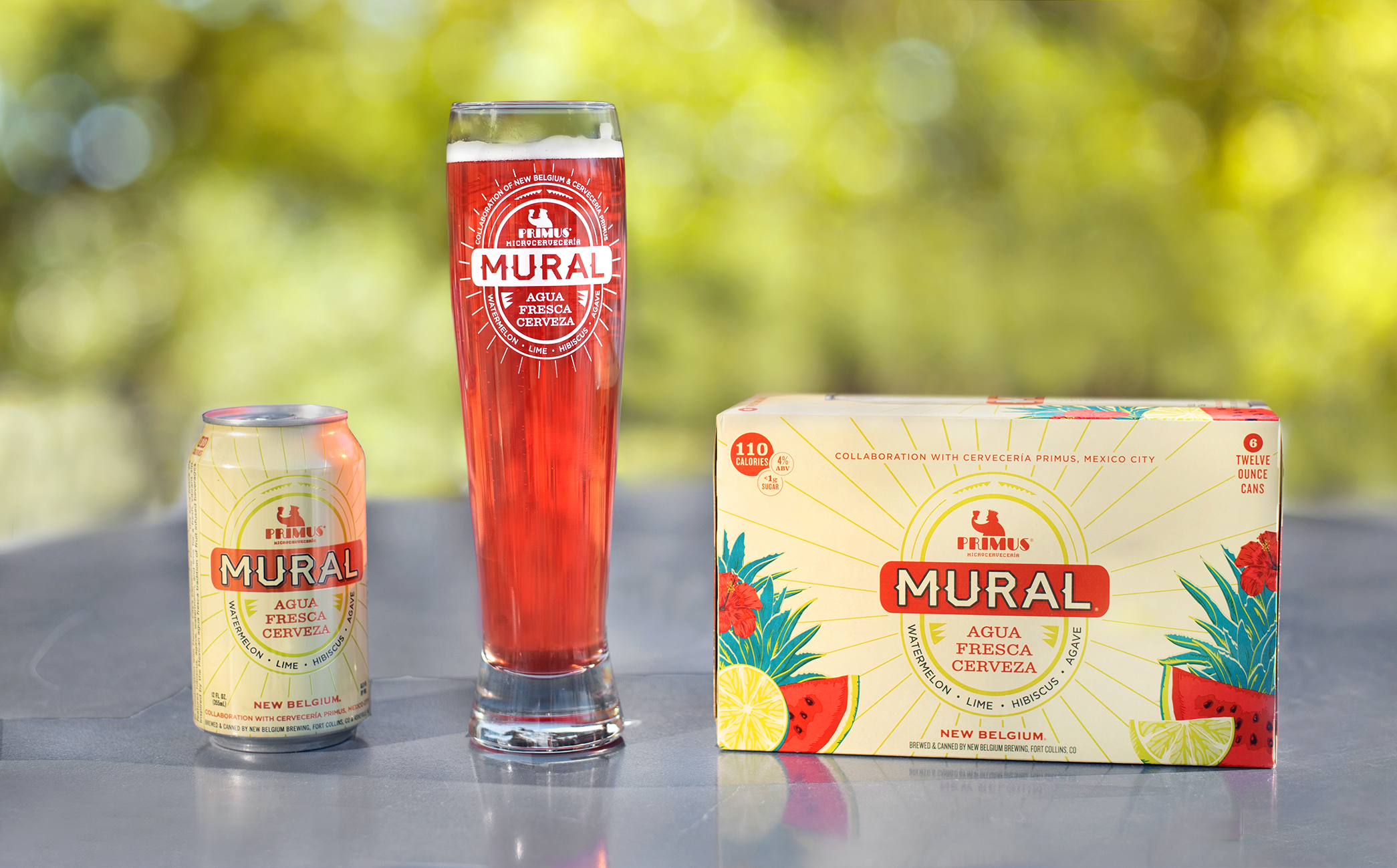 Fort Collins, Colo. (March 5, 2019) In response to national demand after its 2018 launch in select cities, New Belgium Brewing and Mexico City’s Primus Microcerveceria today announce the national release of Mural Agua Fresca Cerveza. With only 110 calories and less than 1 gram of sugar per serving, Mural is now available in 12 oz. cans and on draft across the country.

“Mexico’s history is a mural itself: a colorful illustration of its thirst for revolution,” said Rebeca Dovali Galvan, one of three cousins who own and operate Mexico City-based craft brewery Primus Microcerveceria. “Mural Agua Fresca Cerveza depicts in its flavors the Mexican beverage revolution. Our country is tired of being known for Mexican-style lagers.”

Mural Agua Fresca Cerveza is crafted with premium ingredients, using no artificial flavors or sweeteners. At a time when overall interest in low-calorie alcoholic beverage is at a high, Mural is an entirely new option. For drinkers of spiked seltzers, Mural is brewed with watermelon juice, hibiscus, agave and whole lime puree, packing a more flavorful sip. Mural is also a lower-calorie option than almost all hard ciders and lemonades currently available.

“Staying true to Agua Frescas was key to us, and for that we teamed up with Primus,” said New Belgium Brewer Cody Reif. “Taking our cues from Mexico’s markets and street-corner stands, we created an alcoholic drink that is a truly breakthrough beverage that will change minds about what a beer can be. Mural expresses in liquid form a deep friendship between our brewers, our breweries and our countries.”

For more information about New Belgium or any of its beers, visit www.newbelgium.com. Follow Mural Agua Fresca Cerveza on Instagram (@muralcerveza) to keep tabs on Mural’s immersion into the worlds of art, mixology, gastronomy and everyday life.

About Primus Microcerveceria
Primus Microcerveceria was founded by cousins Jaime and Rodolfo Andreu in 2006 with the idea of brewing culture in Mexico by developing and promoting beer styles little known in the country. It currently makes the Tempus and Jabalí brands, which have more than 20 national and international medals including being named Best Beer in Mexico in 2015. Their mission is to “make beer an extraordinary experience.” Follow the brewery on Instagram.