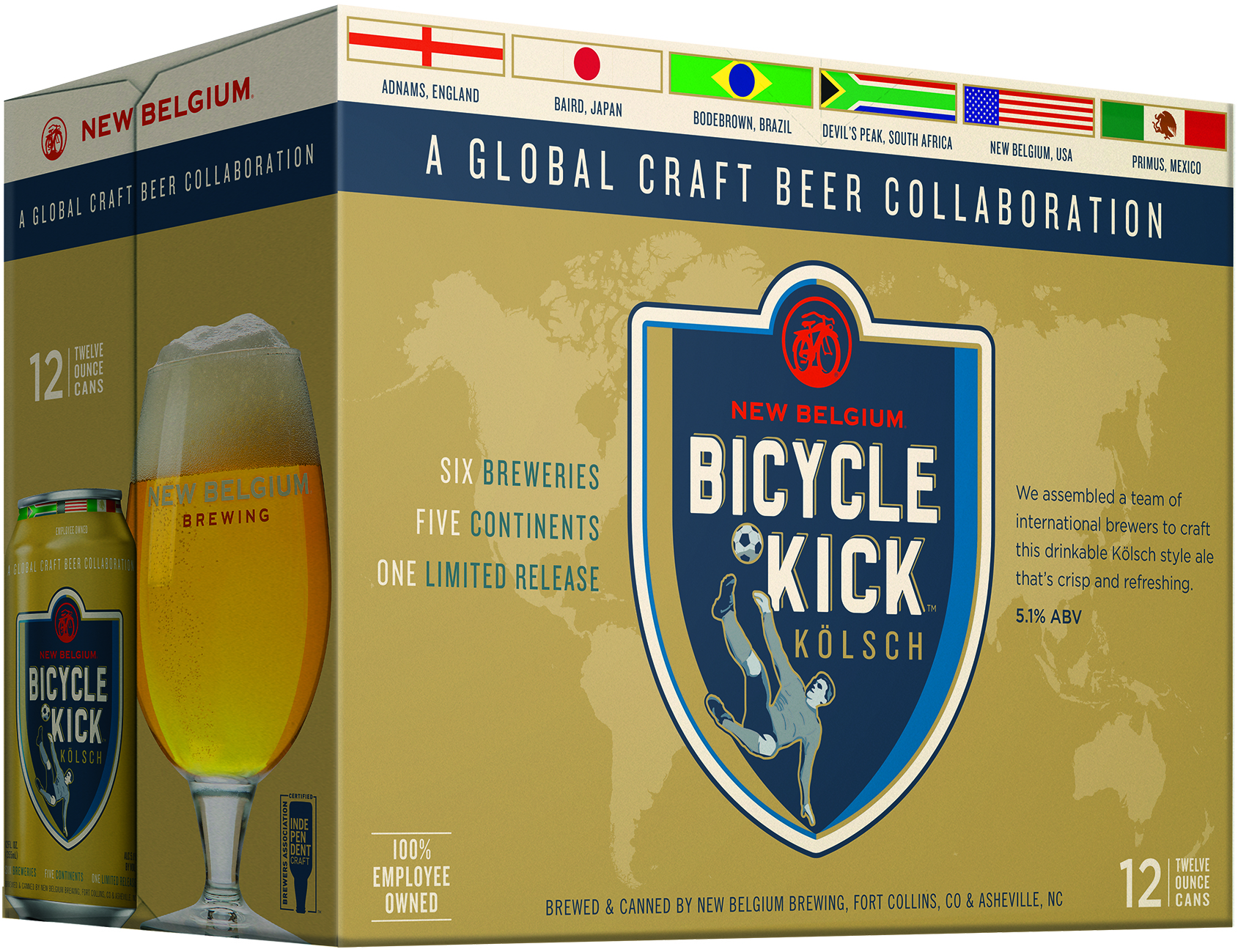 (FORT COLLINS) As the world prepares to unite over a soccer-packed summer, New Belgium Brewing has come together with five breweries from five continents to create Bicycle Kick Kolsch, a crisp and refreshing beer crafted by an international dream team.

This all-star brewing roster consists of Adnams (England), Baird (Japan), Bodebrown (Brazil), Devil’s Peak (South Africa) and Primus (Mexico). As key players from each brewery collaboratively formulated a recipe, the question frequently kicked around was how to best capture the beautiful game in a beer. The answer came in the form of two unique ingredients – chamomile, the national flower of Russia, where soccer fans will turn their attention this summer, and lemongrass, representative of playing turf.

“We decided to brew a kolsch because we wanted to make something light and sessionable that allowed us all to experiment while staying true to our craft roots,” said Ross Koenigs, New Belgium Research and Development Brewer. “This easy drinker is perfect for the pitch, especially if your team is playing across the globe with a start time of 7 a.m.”

Bicycle Kick Kolsch pours a very light gold color with a light haze and a creamy sip. This light-bodied beer starts with a hint of sweetness before hitting the back of the net with a bitter finish. 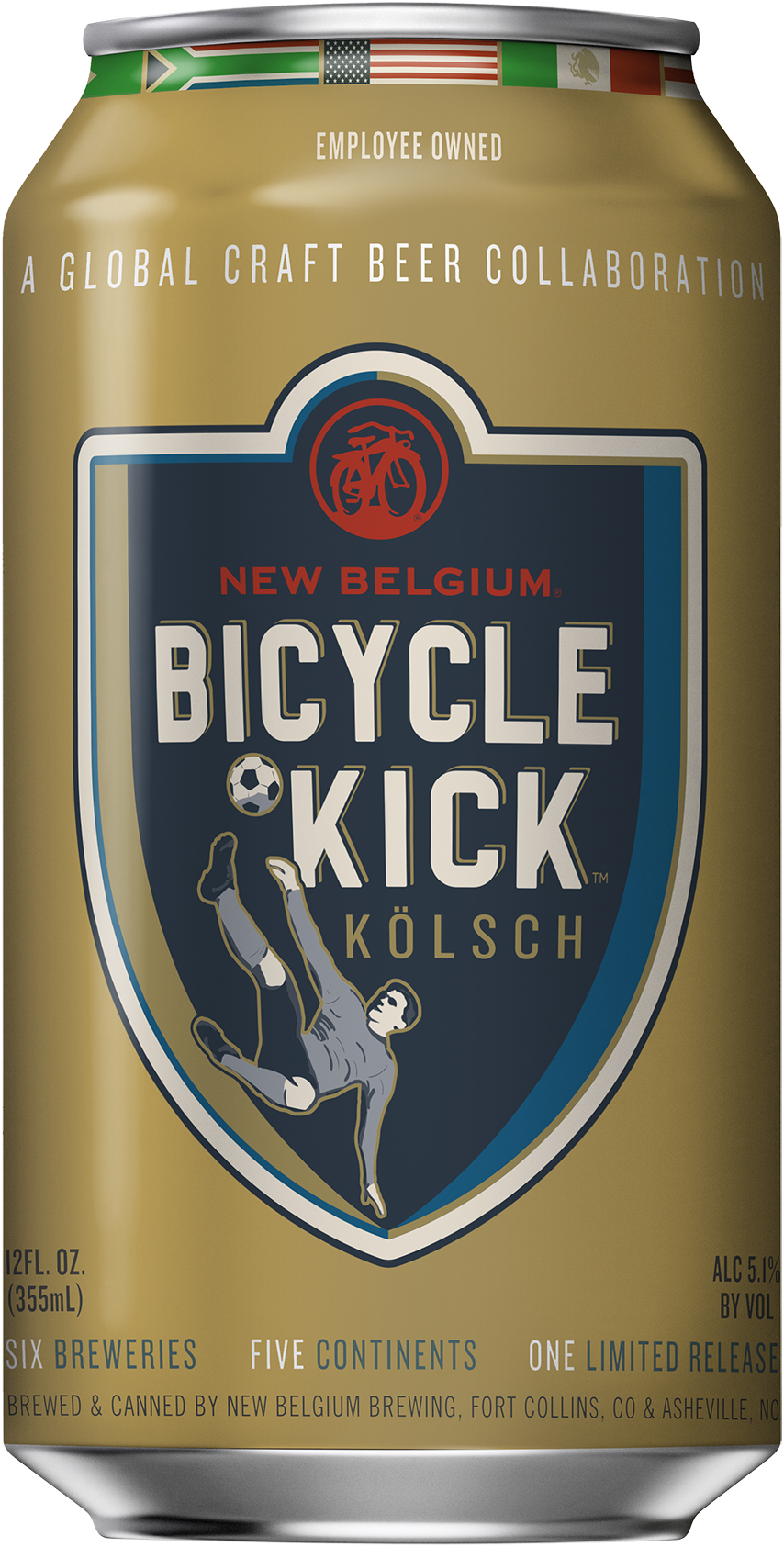 Each participating brewery will brew and distribute Bicycle Kick in their respective markets, making for a true global collaboration.

“It is so satisfying and enjoyable to be a part of this global community of friendly and collaborative craft brewers,” said Bryan Baird, Brewmaster at Baird. “It’s even better being a beer lover with a keen affinity for crisp and refreshing styles like kolsch, particularly ones deftly and creatively spiced or fruited. I can’t wait to tear into several pints of Bicycle Kick Kolsch this summer while cheering on my team.” 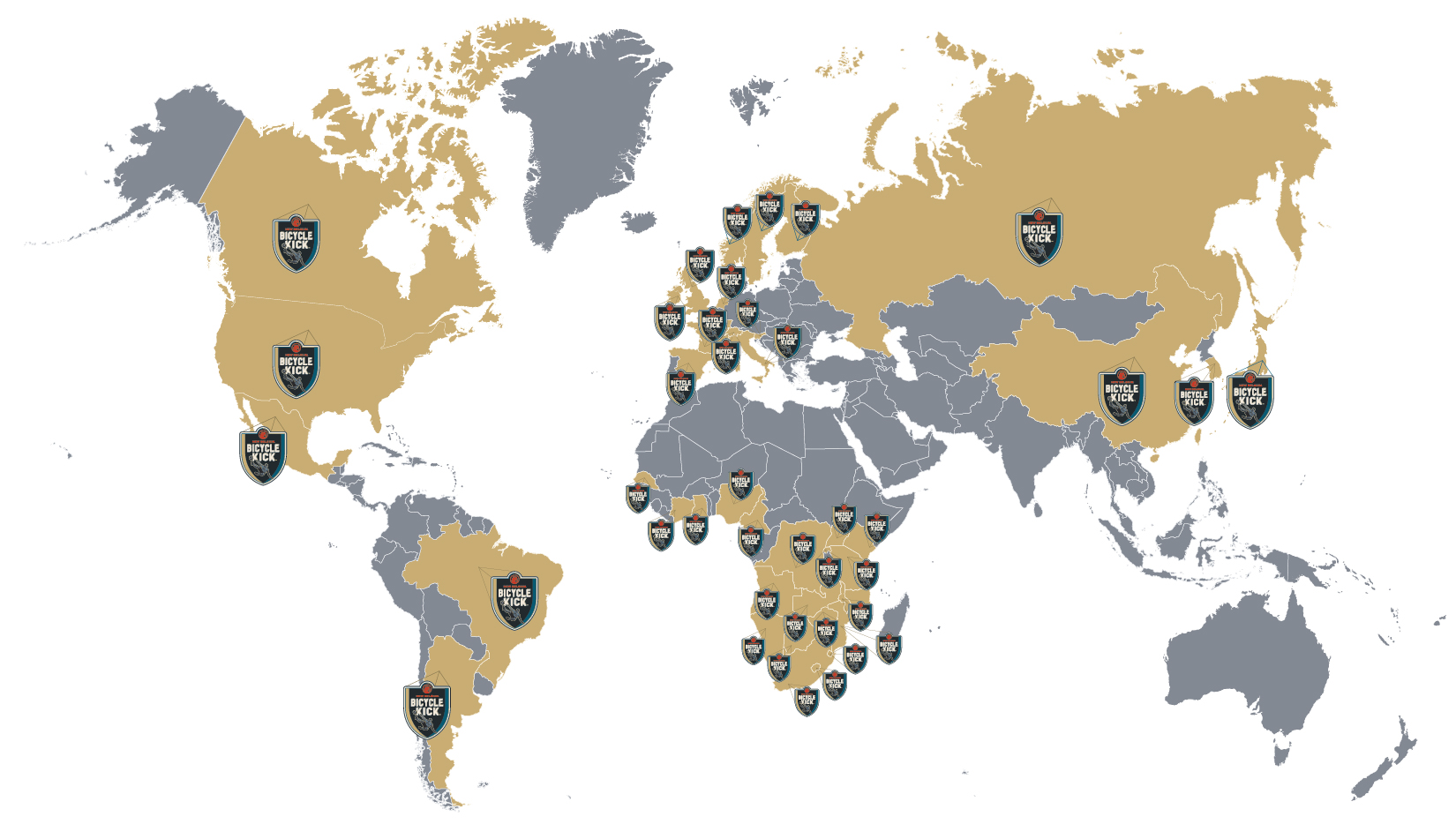 For more information about New Belgium or any of its beers, visit www.newbelgium.com.