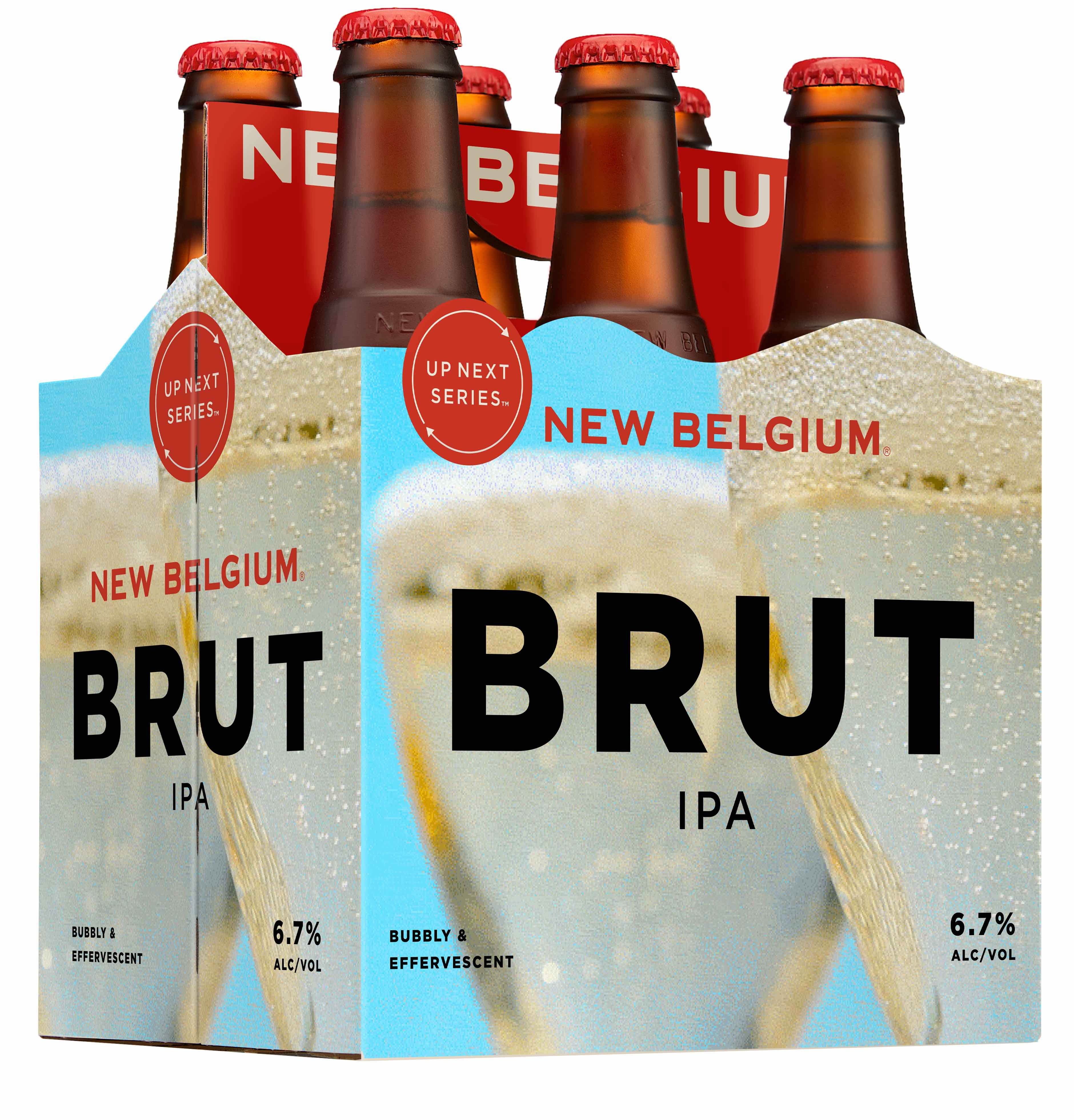 For the coming year, New Belgium Brewing will bring forth a new series of beers with its Up Next Series. The first release is a beer that was inspired by an IPA style that came up in the Bay Area.

The new release, Brut IPA is a bubbly and effervescent IPA that was inspired by Dick Cantwell’s journey into brewing this up and coming IPA style from his work at Magnolia Brewing in San Francisco. We were able to drink one of these batches from Cantwell on a recent trip to Magnolia Brewing and were impressed with his take on this style.

New Belgium’s Brut IPA pours a bright and bubbly platinum blonde with white grape and tropical aromas that give way to a refreshingly dry finish. The beer offers a crisp alternative to hazy fruit-forward IPAs.

“The IPA drinker is constantly on the lookout for fresh new flavors and that’s really inspiring for a brewer,” said Ross Koenigs, New Belgium Research & Development Brewer in a statement. “San Francisco has been ground zero for development of Brut beers so it’s been a lot of fun bouncing ideas off the team out there. Our Brut IPA mashes wine notes with a beer backbone that delivers the best of both traditions. This beer will take you through the holidays and beyond – it makes a great beer-mosa as well.”

Throughout the coming year, the new Up Next Series will feature a new beer each quarter. Future offerings in this series will push the boundaries of traditional beer style definitions while giving micro and often regionalized beer trends national exposure. The Up Next Series intends to blend trending flavors with a hint of seasonality.

“People are looking for beverages that blur the lines and break new ground,” Koenigs continued in the statement. “With Fat Tire, New Belgium helped turn a generation of beer drinkers onto craft. We want to keep bringing new drinkers into craft beer with flavors that take inspiration from outside the category. The only limit is our imagination.”